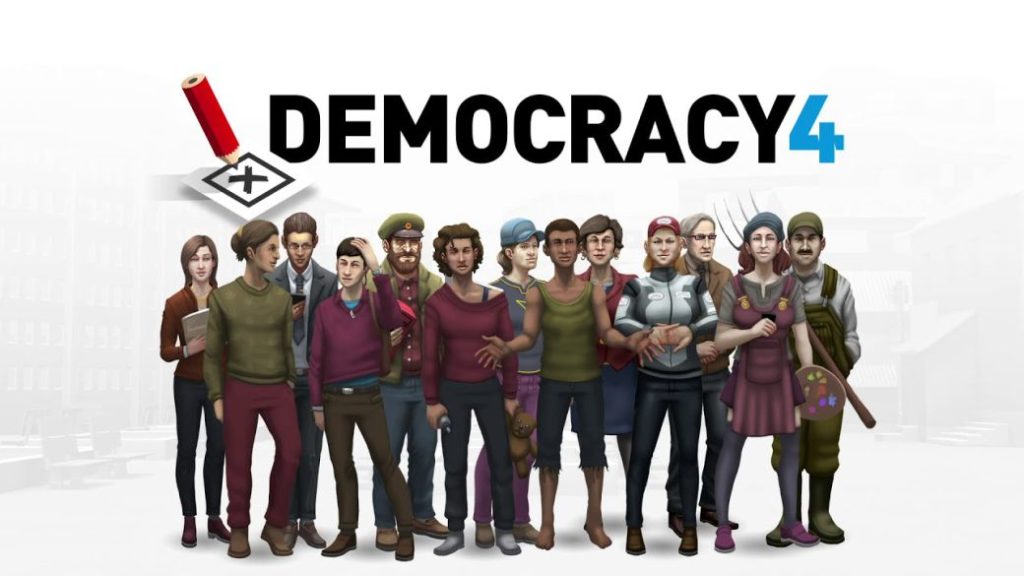 We play Early Access to the latest installment of Democracy, a powerful and versatile political management game

Not a few historians have described the twentieth century as a set of political reactions, reforms and revolutions that have finally led to our present. The reaction as a violent step back in the search for an imagined place, the revolution as a violent step forward in the search for a place beyond, and reform as the moderate and necessary change to adjust to the beat of the times. Political changes have not always coincided or always adjusted to these three ideal models, but they have provided the historian, and the reader of his works, a reference to understand complex processes.

The fourth installment in the long-running Democracy series (Positech Games, 2005-2020) seeks to convert these ideal models to video play by adapting them to a work of management and strategy based entirely on menus and text messages. Whoever has enjoyed the previous sagas will find a familiar interface with which they will immediately feel the necessary familiarity to continue enjoying it as if time had not passed. For those players facing the Democracy 4 menu for the first time, they will be able to find themselves immersed in endless options, menus, submenus, graphics and tables. 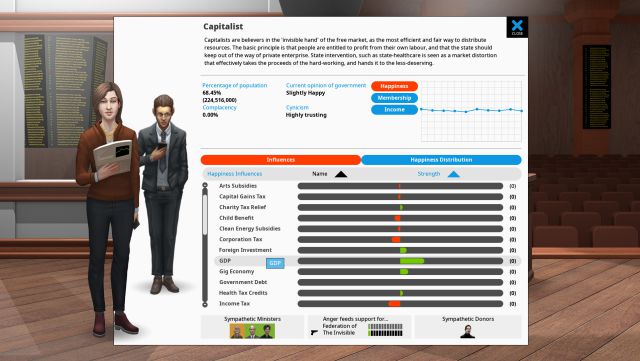 Democracy 4 is, like its younger siblings, a complex work that carries a steep difficulty curve at the beginning. As we climb the slope it will soften until it becomes a plateau where we will enjoy the view and the experience obtained during the process. Once all the processes of the work are clear and the basic fundamentals are visible to the player, he can begin to fully enjoy the game. A situation very similar to that experienced in other titles and complex sagas such as the strategy works signed by companies such as Slitherine or Paradox.

The first step will be to choose the country that we should govern. In these first impressions, the selection is smaller and leaves Spain out, so we decided to start ruling the destinies of our French neighbors first. After choosing the country, we must choose the party with which we have stood in the elections, which we have won with an absolute majority. To choose the party, a long list of options related to the different contemporary political options that are not related to the chosen country will open before us. This election does not oblige the player to anything since although the formation has the word fascism in its name, it will be able to govern the country through social democratic logic. After making these decisions, we can begin to govern the chosen country through control of the situation inherited by the previous government. 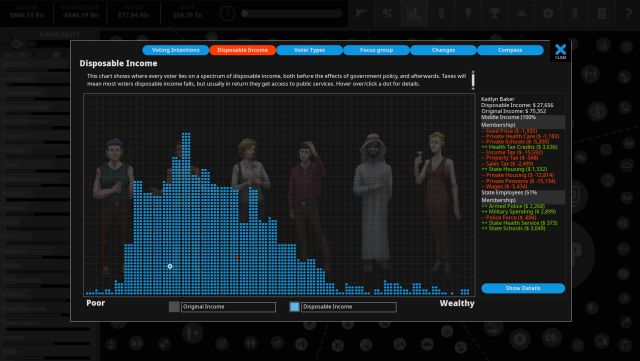 The most relevant aspects for each game in Democracy 4 will be the favor points, obtained as our party manages to increase its popularity among the different population groups that make up our country, and the budget. These two aspects illustrate some of the most pressing problems that plague Western governments: popular opinion and the payment of the debt, which drags a large part of the national budget and prevents investment in other types of measures. Aspect that will impede economic growth due to the deficit situation that it will generate. Keeping the country in a surplus situation is, we could say, the main objective of the game. If this is negative, all the indicators of the game will get worse until causing chaos in the country. Righting this situation is, at the same time, very complicated.

The points of favor and the GDP may be used for policies or decisions that help integrate different situations in the country, such as, for example, robotic labor and the subsequent taxation of their work. It is in this place, the policies to be implemented, where the update of the work of Positech Games is most appreciated. There is a clear concern for relevant reasons of our time such as caring for the environment and the development of new technologies through the possible creation of income through the foundation of an economy of care. The player will be able to accelerate or stop measures during each turn, with a duration of months, which will be completed through investment and time. In addition, it will have to balance all these measures since many of them will not be seen with good eyes by the population groups opposed to it, since the game divides the population into voters and keeping them favorable to our party will be vital to obtain victory in the elections. upcoming elections. Hence, it is committed to reform as a model of evolution and political change. Violent and drastic changes will have dire consequences for the government. If we wish, for example, to lead the country towards the socio-economic model of socialism (up to the limits imposed by the game itself) we must do it one step at a time. 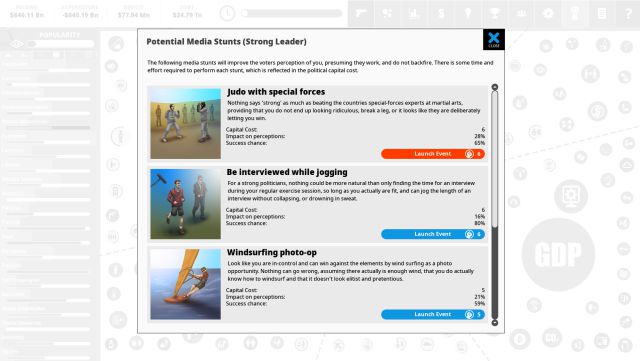 All these measures and decisions are extracted from current news, as well as the government crises that governments will have to face during each monthly period, each shift. One especially caught our attention: exhuming a dictator from a place of special national importance. In these crises, strikes, demonstrations, etc. will be common, which will demand a change in our decisions regarding investments and government preferences, disrupting all our plans along the way.

Democracy 4 is not a simple game. For many players it will be a challenge to absorb the enormous amount of information that it throws on the screen, however once mastered it offers a warm feeling of triumph that is further enhanced when we are able to guide the country towards the chosen destination. However, we must bear in mind an obvious aspect: it is a game, a very successful simulation of governance that differs greatly from the current situation in each country. In the game, at least with the countries we have chosen (Western Europeans), the executive branch has a strength and a leading role far superior to the rest of the powers, international bodies only appear sporadically and almost anecdotally and foreign policy is a aspect to improve in future expansions. Despite all this, Democracy 4 is a one-of-a-kind game, a very remarkable work that successfully adapts the complicated government of liberal western countries through the implementation of reforms and budget management to a video game format. A work that will be even more interesting when it allows controlling and managing the destinations of other countries such as China or Russia.