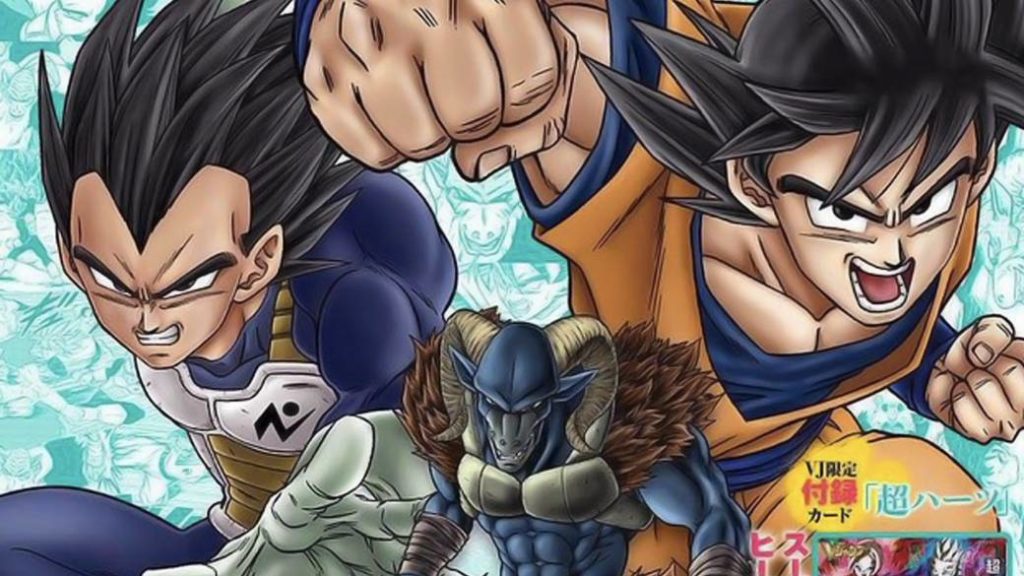 Goku, Vegeta and company face the worst of enemies: Moro, who after absorbing Seven Three is simply unstoppable. Manga chapter now available for free in Manga Plus.

Dragon Ball Super enters a new scenario. The series, which had been characterized, especially in the anime, by staying in a fairly familiar tone and away from the blood and violence of the hardest chapters of Dragon Ball Z, has climbed several steps at once with the last episode of manga, already available today through Manga Plus. Chapter 62, now available for free, is called Total Annihilation and shows how Moro, the possibly greatest enemy the Z Warriors have ever had, reaches a new level after absorbing Seven Three, one of his minions. And this is where the massacre begins. Naturally, guts come from this point.

Moro demonstrates before Goku and company that he has immeasurable power, destroying the Prince of Saiyans after stealing his techniques and launching a Big Bang Attack. The crudest moment comes later, when Goku, after a Kame Hame Ha reminiscent of the one he threw at Cell in Dragon Ball Z, is at the mercy of Moro, who goes through it directly after regenerating his arm. It goes through his chest in a way that we haven’t seen for a long time, and less in Super. The massacre does not end here, because shortly afterwards, the one who is crossed with his own technique is Piccolo, who tried to finish off Moro and he stopped him in his tracks with a deadly shot throughout the belly. 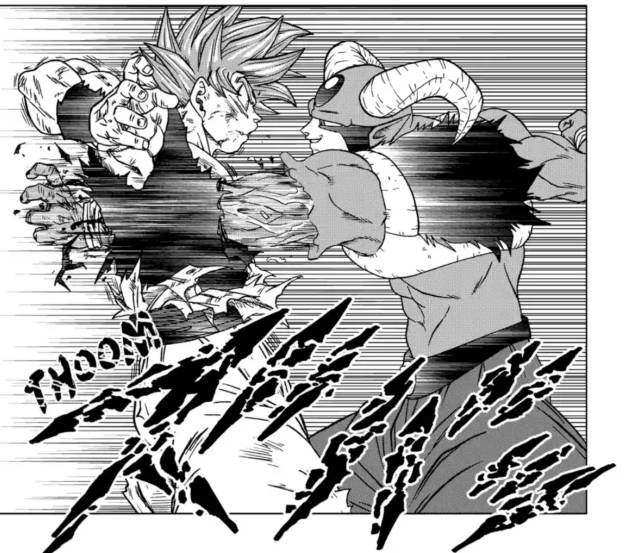 Neither can they do anything to prevent their advance, neither A18 nor A17, who fall quickly, nor does Gohan, who although he gets all his anger at seeing Goku badly wounded, also fails to even tickle Moro when he attacks him. The last one standing is Jaco, who is no match for this monster either.

It is true that the Dragon Ball Super manga, which is in charge of Toyotaro, has always shown more violence and harshness than the Toei anime, detained long ago after finishing the tournament of power, but this time Toyotaro has shown an enemy fully emaciated leaving all Z Warriors on the verge of collapse. Only the arrival of Merus with the help of Whis seems that it can be of any use to try to finish off an enemy that is several steps above what we have seen to date. Remember that through Manga Plus you can see the chapter and the previous two. It is a free app available on mobile. 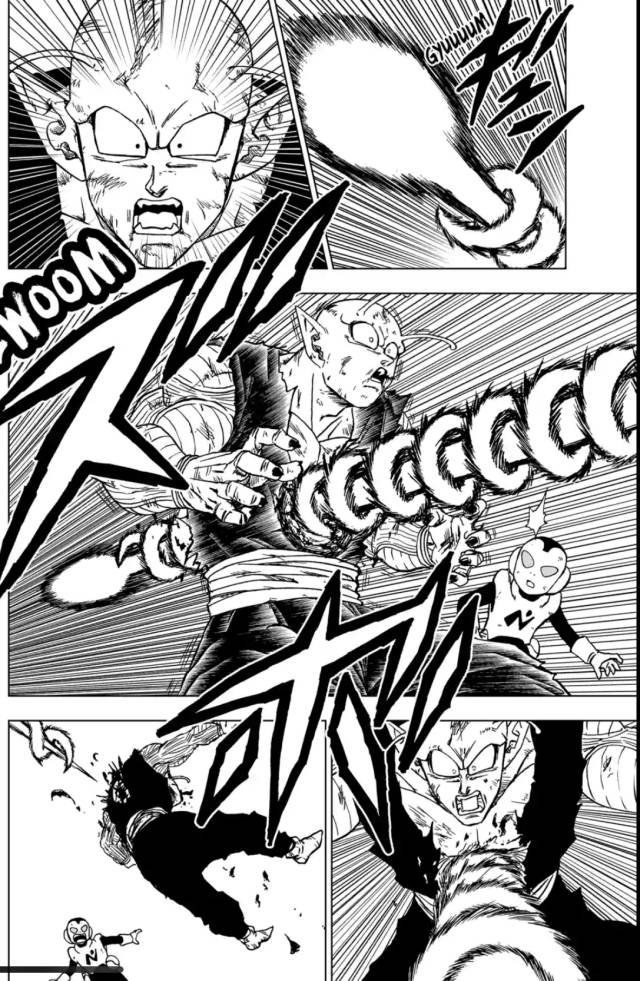 Piccolo, a la Raditz. And with his own medicine.

Who is Moro, the enemy of a whole universe

For those who do not know Moro, say that he is a sorcerer and magician who was locked up by the Kaio Shin in the Galactic Patrol prison. With magical powers that go beyond brute force, and the ability to absorb energy from all organic entities, be they living beings or planets, Moro is growing in power and is a threat to end Universe 7. The presentation of the character and his Motivations are reminiscent of Piccolo Daimaoh from Dragon Ball, although naturally his power is much greater. Goku and Vegeta fight him on Namek, but they realize they don’t measure up. For this reason, Vegeta visits the planet Yadrat to learn techniques that can overcome this sorcerer, while Goku tries to dominate the Ultra Instinct with Merus, a galactic patrolman of enormous power. Neither can cope with Moro, who once on earth evolves into an even more powerful figure. You can follow these events in the last three chapters available in Manga Plus. 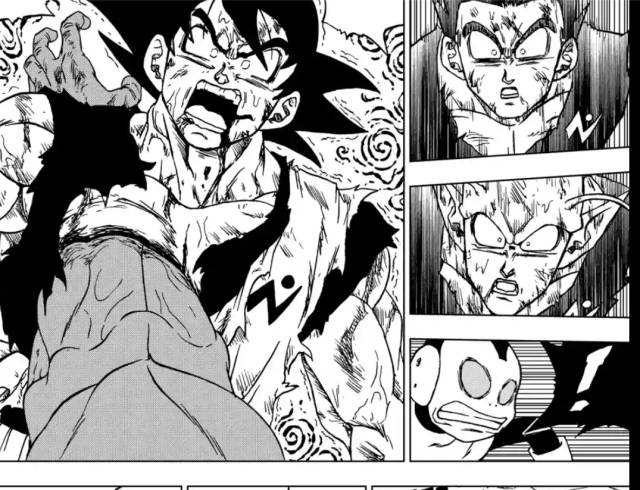 What is Manga Plus and what does Dragon Ball Super offer?

Manga Plus is an official and free application that collects manga and episodes with very little margin regarding their publication in Japan. It is the only legal way to be able to follow Dragon Ball Super while the volumes of the series do not reach us, either in the red or the white edition. In Manga Plus they offer the first three chapters of the series and always the last three, so now you can access chapters 60, 61 and 62. You don’t have the entire Moro arc, but a good part of it to get used to the idea. . The Super chapters premiere every 20th of each month at 5pm, so if you want more, you will have to wait until August 20.