You are here: Home / News / FIFA 21 FUT: Toni Kroos Flashback, how to complete the challenges 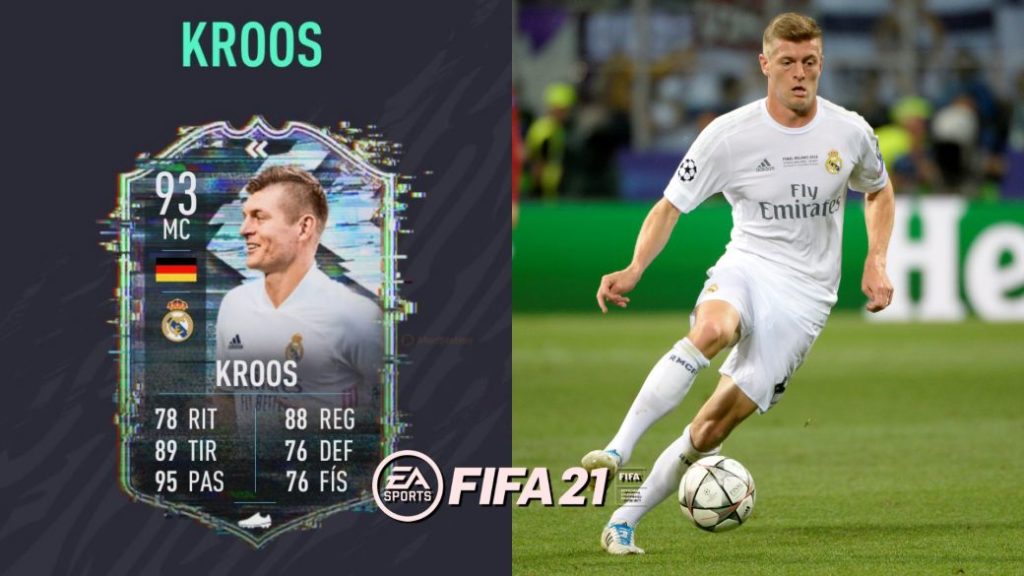 FIFA 21 publishes a new flashback card starring Toni Kroos, the Real Madrid midfielder. Know their rating and how to complete the challenges.

FIFA 21 adds a new flashback card as part of the Late February / Mid March Squad Challenges. FUT players will be able to access this alternate version of Toni Kroos, who succeeds Cristiano Ronaldo in the series. Here we tell you what his statistics are and the solution to the objectives of his SBC.

Kroos has always been known in FIFA for having a great balance between passing, dribbling and shooting. As a midfielder, he is lethal when he comes from behind, and his flashback version further accentuates his virtues.

Both the short and the long pass have a valuation of 97, to which is added the long shot (94) and the power of the shot (98). In shots outside the area there are few better MCs. The only negative point is their skill stars, only 3, which collides with the control of the ball and the reaction, both with 94 points. On the other hand, his weak foot (the left) has 5 stars. He will finish everything that comes to him.

You have until Tuesday March 16 to complete the Squad Challenge

Toni Kroos Flashback: How to complete the challenge in FIFA 21

You will have to complete 3 objectives to get the letter.