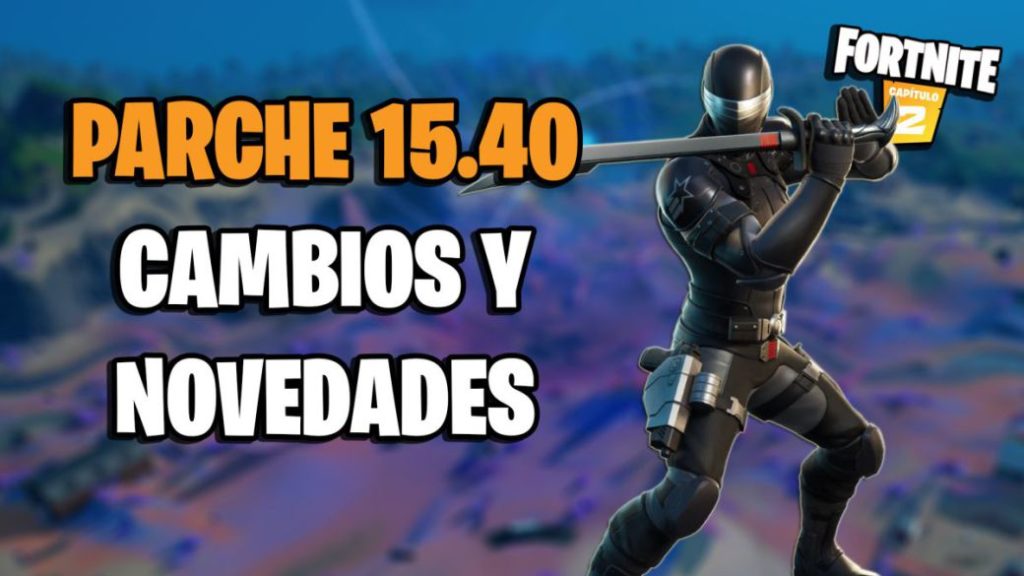 We tell you what are the most important changes and news of patch 15.40 of Fortnite Battle Royale. New content update.

Fortnite patch 15.40 arrived on Tuesday, February 16, 2021 and brought with it many changes and news. Here are the most important improvements in this new content update for Season 5 of the Battle Pass of Fortnite Chapter 2:

As you know, Epic Games does not publish patch notes as such; instead, we have to access their Trello, where they post what issues they know are currently in the game, and which of them will be fixed with each patch.

Changes and fixes in Fortnite’s Save the World mode

As usual, patch 15.40 has brought with it new items in the form of skins, picks, backpacks, and even music. Just below you have all the new Fortnite items with this latest patch:

Fortnite patch 15.40 has brought the corresponding files for the epic missions and legendary missions of Week 12, Week 13, Week 14 and Week 15 of Season 5 of Chapter 2:

The mecha gun returns from the chamber with Fortnite patch 15.40

Another interesting novelty in Fortnite patch 15.40 is the fact that the matchlock pistol has returned from the camera and now we can find it again in normal game modes.

The Mecha Gun has been returned from the chamber. # Fortnite # FortniteSeason5 pic.twitter.com/ctz28jRK14