You are here: Home / Epic Games / Fortnite at 90 fps on OnePlus phones; how does it work? 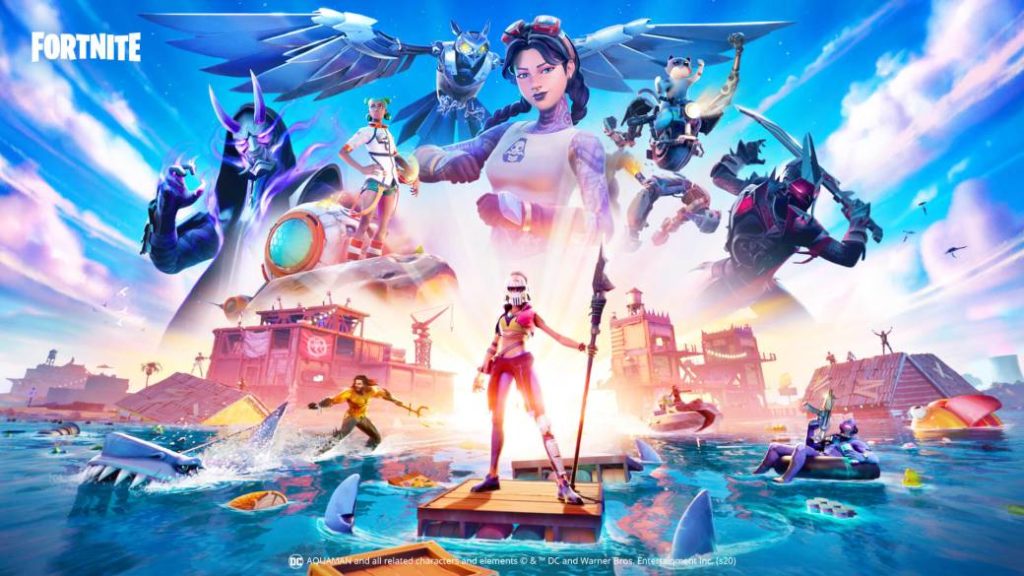 OnePlus becomes the first mobile brand to allow gaming at a higher frame rate than the rest, including current consoles.

Fortnite is an unprecedented phenomenon, and among the reasons for its success is the fact that it can be played wherever you want with almost any device. One of the ‘booms’ of the Battle Royale is in its mobile versions, without a doubt. Among these proposals, the one announced a few weeks ago in the form of above-average performance stands out: OnePlus 8 and its Pro version were presented as the only mobiles capable of moving the game at 90 frames per second, providing much more fluidity than the competition. . It is not a bad premise, considering that most mobiles move the game to 30fps or 60fps, that on Switch it also goes to that framerate and that on consoles, PS4 and Xbox One, it is where the title can go to 60 frames per second. But … How does the OnePlus deal work?

The agreement between the company and Epic Games goes first of all by selecting the OnePlus 8 screen refresh mode, a device that we have been able to test for the occasion, at 90Hz. Once done, we are ready to install the game after about 7 gigabytes of download. Here is one of the important conditions to take into account when playing at 90 frames per second: the graphic quality is automatically low when we choose 90fps from the options (20, 30, 45, 60 and 90). In return, yes, 3D resolution can be displayed at 100%. This is the feature that determines the resolution of the objects displayed in the game.

Once we get to work with the game, we find a performance that varies from moment to moment. We explain ourselves. While we wait for the game in the Bus, the framerate more or less holds the type, but it is true that when we launch and get closer to the ground it can drop to 60 or 70 frames per second. But the important thing is once we find ourselves already playing in the Battle Royale, and there the game holds the type. It is true that it does not always maintain 90fps and that it is usual to see it drop to 70 when we have a certain viewing distance ahead, especially when we use vehicles that give us an overview from the air of the map and the framerate wobbles more.

Does it mean that it is an experience far from what was promised? Not at all. The framerate suffers at certain times like the ones we have, but in general it has a much better performance than on other devices, and when it is above 60 frames per second the reality is that fluidity makes the difference with less response, more movements of course … it is true that it is not as decisive a change as it can be with PC controls, since with touch controls the differences are not so great, but it is an interesting addition, not only for what it means at the technological advancement level, but also for what we can assume for future mobile deliveries and their performance on these devices.

Surely the main setback, beyond the framerate drops at certain times and exposure, is that we have to sacrifice ourselves to the low quality at the graphic level, since the game looks especially good in OnePlus 8 with the settings raised and the 60 frames per second. Of course, it is important to take into account the heating of the device, which is higher than other configurations.

Another novelty of this agreement between OnePlus and Epic Games is the Creative Island 90, an exclusive proposal for devices in the form of a map with different mini-games designed to enjoy the fluidity of 90fps and be able to carry out various tests. After finding the code and entering it from Creative Mode, we can play five mini-games with different abilities in progress.

The first is Color Dash, where it forces us to color the ground while our rivals do our thing and we drop bombs. The second is TNT Run, which forces players to move quickly as the ground disappears. The idea here is to try to make the floor of the rivals disappear to be the winners. Skydive Shotout invites us to jump into the air as we control the fall to go through all possible hoops for a limited time. Target Practice makes us shoot zombies that appear suddenly. And finally, Lava Escape, a climb jumping through smaller and smaller platforms where precision is key.

Although the issue of fluency is important, and the mini-games themselves are entertaining, more relevant to our success in these cases is control, since with a controller we play much better than with touch controls. Of course, fluid movements and performance are present in the experience. Beyond this, the design of the mobile, quite elongated and with a generous screen, allows you to play comfortably compared to other smaller devices.