You are here: Home / News / Fortnite: cars and trucks are coming soon 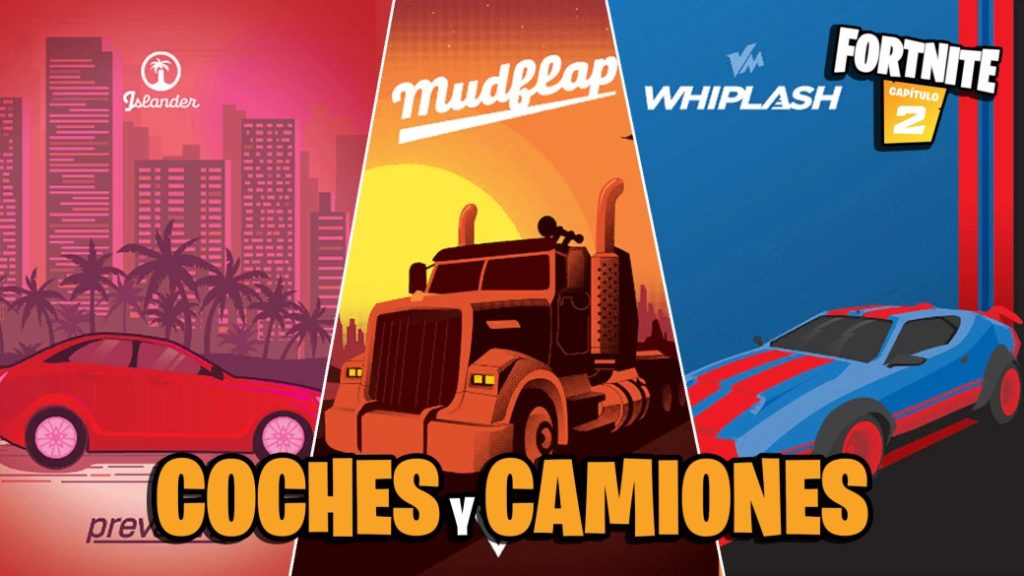 We found several files within the latest Fortnite Battle Royale patch indicating that cars and trucks are coming to the game soon.

On Tuesday June 30, 2020 patch 13.20 hit Fortnite. In addition to making the more than typical fixes and bug fixes of all kinds of the game, among its files we have found several that make us think that cars and trucks will arrive in Fortnite Battle Royale very soon. We tell you everything we know about these new vehicles from Season 3 of the Fortnite Battle Pass Chapter 2:

Fortnite: cars and trucks are coming to the game soon

As we say, among the new files added to Fortnite Battle Royale through content update 13.20 we have found the following four new textures:

These textures belong to posters and posters that appear within the game. These are vehicle ads as teasers, so we understand that cars and trucks will be available soon in the game.

From the posters we deduce that there will be at least four different types of road vehicles: a van, a truck, a sedan and a sports car.

About the vehicles we also know that they will use fuel to be able to move. Internally, the game understands that gasoline will be a “type of ammunition” used exclusively by road vehicles. From this we deduce that we will be able to find gasoline at key points on the map such as the many gas stations and service stations that appeared new at the beginning of the season.

We don’t know for sure when cars and trucks will be available in Fortnite Battle Royale. You’ll need to lower the water level on the map first so that there is more terrain available on which to move. The first descent of the waters will take place on July 1, 2020. In Meristation we will inform you of any news in this regard.