You are here: Home / News / Hyrule Warriors: Age of Cataclysm announced; prequel to Zelda: Breath of the Wild 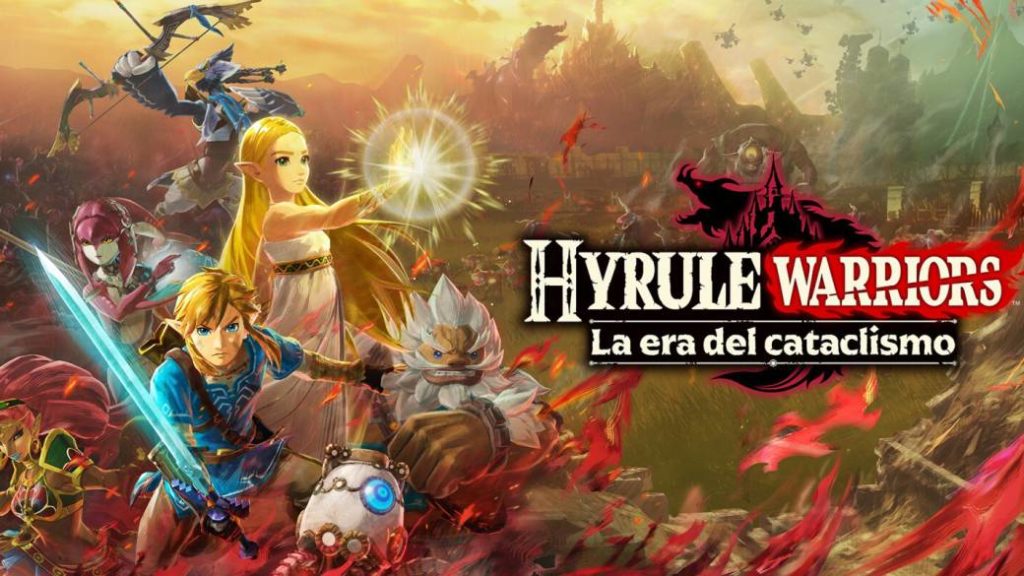 Nintendo unveils this new project for Nintendo Switch, which will go on sale on November 20.

It is not the expected sequel to The Legend of Zelda: Breath of the Wild, but it is the story prior to the events narrated in the mythical Nintendo Switch video game. Nintendo has announced by surprise the development of Hyrule Warriors: Age of Cataclysm, a new project developed in collaboration with Koei Tecmo Games. Like the previous installment, it is a game of the musou genre, so we can expect massive battles starring Link, Zelda and their enemies. When? On November 20 at the Kyoto Hybrid.

100 years before the events narrated in The Legend of Zelda: Breath of the Wild, the world suffered a horrible cataclysm. The once prosperous Kingdom of Hyrule was turned into a well of darkness, run by an evil that completely transformed the place. In this new proposal, players will visit the hidden places of the kingdom to fight against their enemies. Through a press release, Nintendo has confirmed that we can control various characters from the Zelda universe, including Zelda herself, the hero Link or the four chosen ones.

#HyruleWarriors: Age of Cataclysm will be released on 11/20 for #NintendoSwitch.

Experience the events of the great cataclysm on the front lines and try to prevent the destruction of Hyrule! #Zelda

Hyrule Warriors: Age of Cataclysm implements flashy abilities and all kinds of combos, combining explosive gameplay with more strategic moments. Nintendo promises a “captivating” story that will provide us with details all about what happened in that dark period in the chronology of The Legend of Zelda. Being a prequel to Breath of the Wild, the developers have chosen to choose a graphic look very similar to that of the open world video game on Wii U and Nintendo Switch. In addition, not everything will consist of fighting, but it will also be necessary to solve puzzles, unlock weapons and abilities and create all kinds of items, fueled by the power of the Sheikah stone.

Players who pre-order the game digitally will receive the ‘Lucky Spoon’ item, a bonus weapon for Link.