You are here: Home / Hardware / Hyrule Warriors: Age of Cataclysm, the story we were never told 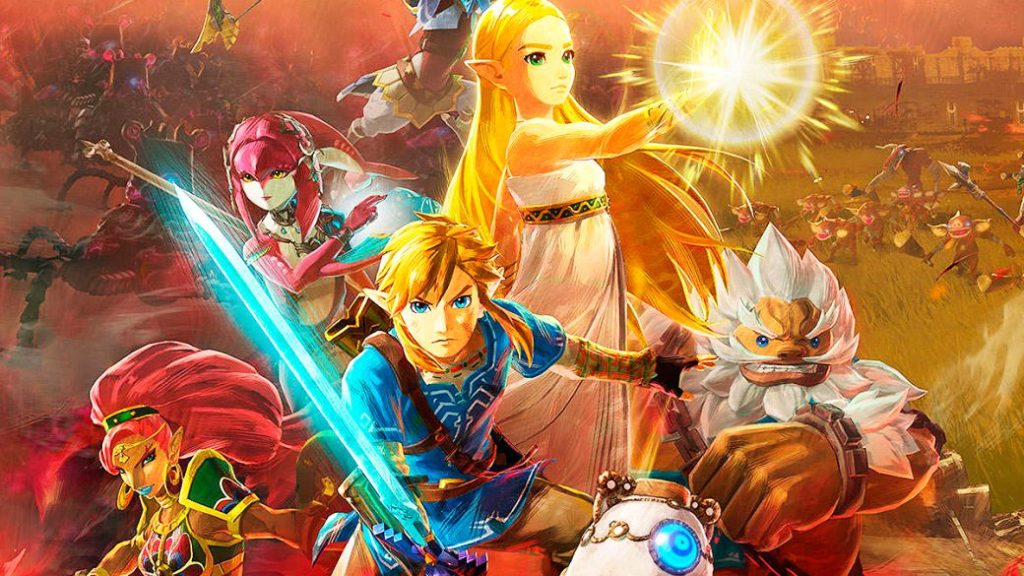 Nintendo, Koei Tecmo and Omega Force bring with them the great war prior to Breath of the Wild in an ideal format for big battles: the musou.

Hyrule Warriors: The Age of Cataclysm is the big name for Nintendo Switch this Christmas. Announced by surprise, the new installment of The Legend of Zelda spin-off series was preparing to tell what we never saw: the great war with Ganon that led to the events of Breath of the Wild. 100 years before the masterpiece published in 2017. The chosen genre, the musou. The fellow travelers, Omega Force and those who have already worked on similar proposals, such as the first Hyrule Warriors. But what does the game really tell about the age of cataclysm? Why has this genre been chosen over others?

The musou genre is mainly based on offering the player a large number of enemies on screen. An action title where we move across a map killing literally hundreds of enemies, while defending bases, assaulting specific areas, ending up with sub-bosses of various kinds, big bosses and other tasks always related to crushing enemies in bulk. . Nintendo explained that the decision to choose a genre like this, which already had good results with the first Hyrule Warrior, was precisely to transfer the feeling and atmosphere of total war in the middle of the kingdom of Hyrule. And it makes some sense if we follow in the footsteps of that particular event, with Ganon’s hordes of enemies ravaging every region and the races defending themselves with all their available arsenal. 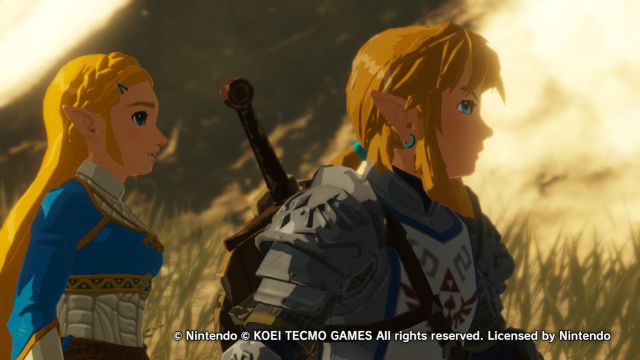 The musou genre has not traditionally been a proposal for the general public, although in recent years there have been licenses for large franchises adapted to this proposal. Faced with this reality, Hyrule Warriors: the age of cataclysm already has a demo available on the Nintendo Switch eShop that covers the entire first chapter of the game. In it, the user can see how a game develops along the first map, being able to eliminate enemies left and right and understand the action mechanics of this musou. It is not complicated at all, and its affordable system and spectacularity are two of the main attractions while we can know if a musou of this style is for us or not.

It is important to emphasize that despite being the genre that it is, the reality is that the second Hyrule Warriors incorporates a large number of elements inherited from Breath of the Wild, such as certain attack mechanics with different weapons that we find throughout the Nintendo game and that are present here, the loot of food to be able to create new menus and dishes that empower us, or the use of the sheika stone with their skills, yes, here totally focused on combat. 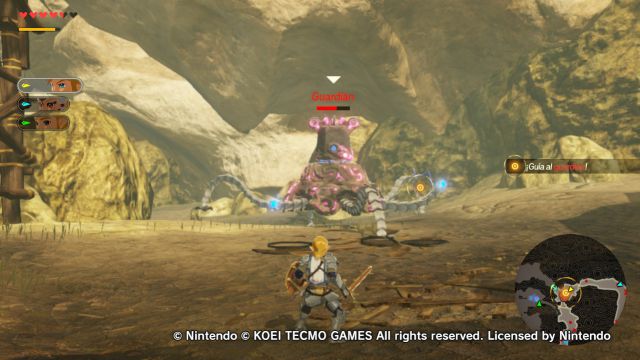 The story told, but never lived

Hyrule Warriors: Age of Cataclysm focuses on the events of 100 years prior to Breath of the Wild. Everything is narrated from a little guardian who, from Zelda’s room, sees how Ganon is about to raze and win the great war. This mysterious contraption creates a dimensional portal and takes a leap in time, at the dawn of the growing threat, to try to change things. This means that what we live in Hyrule Warriors is not the events of the catastrophe that is spoken of in Breath of the Wild, but a new timeline where we will see how we will try to change the course of the great war.

On the one hand, this decision keeps intact the events that lead to the latest installment of The Legend of Zelda. On the other hand, it allows us to live a moment of which we only learned details through the memories that Link recovers in Breath of the Wild, but that we do not visualize by heart. The little guardian jumps back and through his movement we can see how Link stands as the protector of the princess, how she fights to try to develop her potential, and how the Chosen are chosen who must face Ganon: Revali, Daruk, Mimpha and Urbosa. Hyrule Warriors does not tell the official story, but it is set in the canon events of the Breath of the Wild story. The locations before being devastated, the key moments for the characters that we met in the previous title and the battles that were fought at the time. 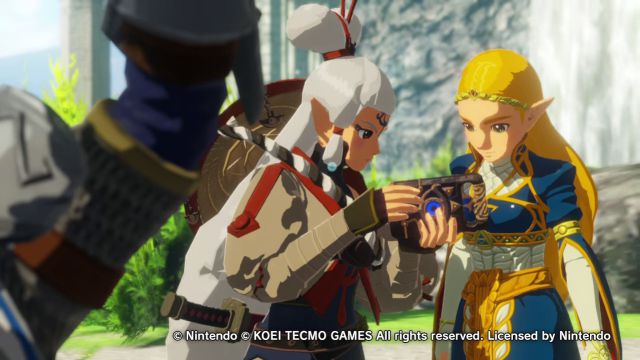 The decision to create a new timeline is not new. In The Legend of Zelda: Ocarina of Time, Link’s time jumps through the Temple of Time cause the creation of two lines, the child Link and the adult Link. Both are connected by the character, as here they are connected by the guardian, but neither the future of Link child is like that of Link adult nor vice versa. Not to mention that in the official chronology of the saga a third timeline is added: in which Ganon is victorious, the player’s game over, in short. That it is not the official story will not prevent us from living battles that we never saw, as happens in other works of fiction. Those underdeveloped wars by Tolkien in The Lord of the Rings, or the reenactment of the events of Austera House in the Game of Thrones series, not detailed in the books. Live what happened, but that was never seen.

All this will allow us to control, among many others, characters that are already part of the history of Breath of the Wild, such as the chosen ones, such as Zelda herself, and even be able to control divine beasts. And, of course, with a care and fidelity to the important Nintendo game: unlike the first Hyrule Warriors, the artistic style here maintains the essence of the original game, with the great enemies such as the centaleon or the guardians, with the minions Ganon, with the Yiga Clan … And everything in the regions of Hyrule before the destruction, full of scenes that develop the personality of the characters (naturally, dubbed into Spanish with the original team of Breath of the Wild) and dressed with details like kologs, varied trading locations, and a wealth of content to discover beyond the main plot. 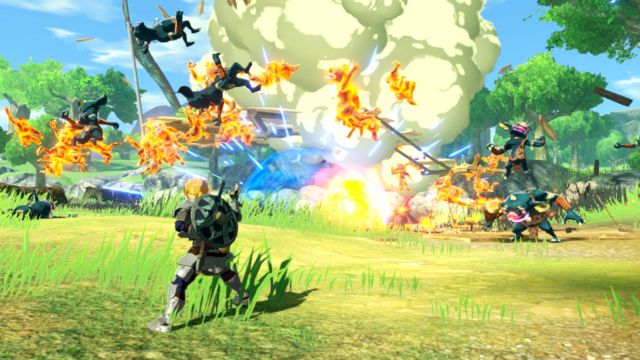 Hyrule Warriors: The Age of Cataclysm is, in short, a massive action game that wants to recreate the most important battles that took place in Hyrule before we stepped on it for the first time, while maintaining the aesthetics, characters and characteristic elements of Breath of the Wild and with the appeal of showing key moments that expand the universe of one of the best games in the history of Nintendo.