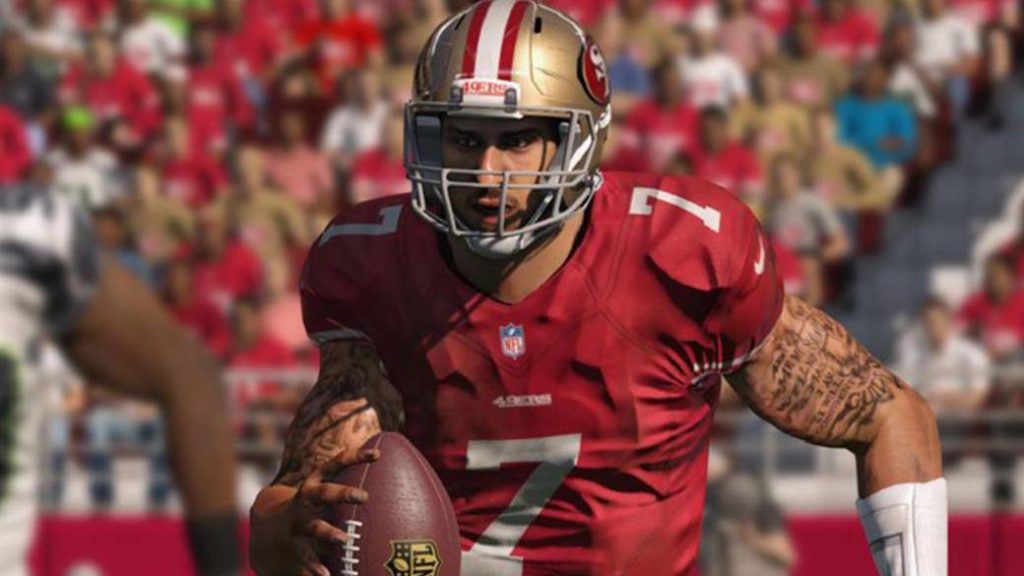 The American football player returns to the EA sports franchise after starring in several controversies with the professional league and his provisional retirement.

Colin Kaepernick, the professional player who to this day is still unsigned by an NFL team, returns to Madden NFL from EA Sports for the first time since 2016. This has been confirmed by Electronic Arts after a statement, explaining such a particular situation and giving welcome the famous quarterback. And it is that many fans will remember that Kaepernick was one of the first professional players to express his rejection of racial discrimination in the United States in 2016 kneeling during the national anthem before the games, an action that created controversy between the professional league itself and part of the fans. Since then, the player stopped appearing in the Madden franchise; so far, since EA Sports has announced his return as a free agent in the game.

EA Sports solves the mistakes of the past

This has been communicated by EA Sports through an official publication and an extensive statement, explaining the situation and justifying the reinstatement of the player as a free agent in the game, since he is still without a team: “We have had a long relationship with Colin through from Madden NFL and solved our past mistakes by the music of the game. Starting today, in Madden NFL 21, players can put Colin Kaepernick at the head of any NFL team in Franchise mode as well as in Play Now mode. We can’t wait to see Colin on Madden NFL teams everywhere, ”they say from the game’s official Twitter account.

And it is that although the reasons for his withdrawal and subsequent reincorporation are not clarified, apparently Kaepernick would have left the NFLPA, that is, the professional players’ union of the NFL, with which EA would not have the player’s rights. Although on the other hand, in Madden NFL 19 a controversy already arose when removing the name of the player from a musical theme of the game, interpreting it as an act of censorship by a part of the community.

At the player’s professional level, after leaving the San Francisco 49ers, Kaepernick received no new offers, something that was interpreted as a veto by the NFL after his protest actions. Be that as it may, Kaepernick has not played for 4 seasons, so for now he will be reintroduced in Madden NFL 21 as a free agent.