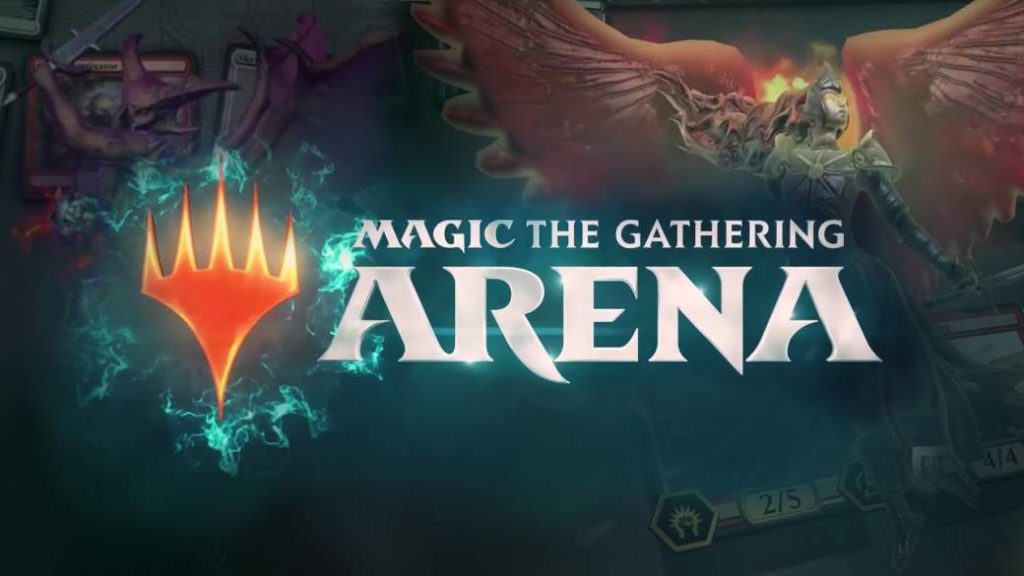 The new season will be set in Zendikar, one of the most popular shots in the franchise.

Magic: the gathering, the popular Wizard of the Coast card game, launches a new collection called Rise of Zendikar, where the Planeswalkers once faced the Eldrazi titans: Ulamog, Koziek and Emrakul. Only one of the titans managed to escape and was summoned in another plane by Nahiri, one of the planeswalker who returns this season, to take revenge on his arch enemy Sorin.

Magic: the gathering brings us an exclusive Crag Frame Báloth, one of the most powerful beasts in its new collection, Rise of Zendikar. This creature has a strength and resistance of 6, but the best is in its abilities: It cannot be countered, it has hexproof and also haste, this means that we can attack with it in the same turn that we play it. As if that were not enough, we have the option of stimulating it, paying a somewhat higher cost, if we do it it receives four + 1 / + 1 counters, and goes from having 6 vitality points and 6 resistance to having 10 in each of these parameters. 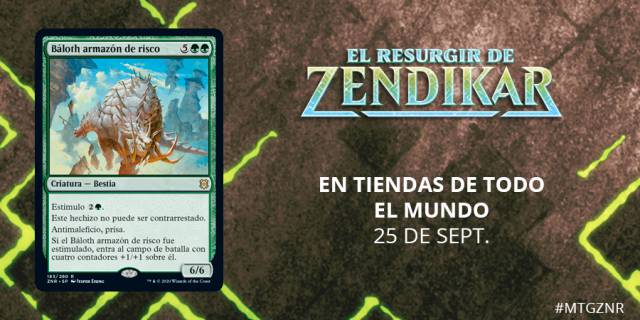 This card will be available for decks that use green mana, although it may seem a bit expensive, the decks of this color usually have cards that make it easier to obtain mana.

This time, unlike the basic set, we are presented with two multicolored Planeswalkers, Nahiri, heir to the ancients, who we can see in white and red decks, and Nissa of the shadowy branches, will play in the black and green teams. Also, for the followers of the color blue, we will have Jace, a reflected magician, the classic blue monocolor planeswalker. 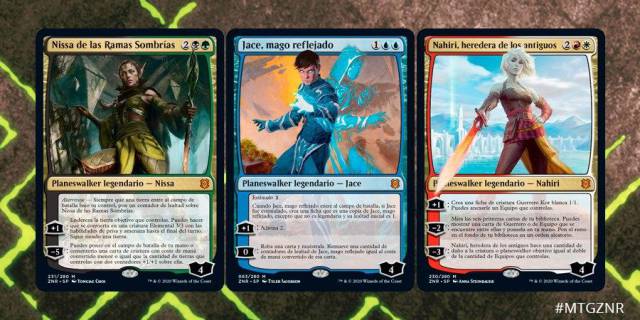 This set also introduces group mechanics, a group will consist of up to a cleric, a rogue, a warrior, and a sorcerer. These creature types are a tribute to the adventure groups of classic role-playing games. Each creature we control will have a maximum of one role, and the number of creatures in our party will be the number of those roles among the creatures under our control.

The new collection will be available on September 25, both in physical and digital format in its game Magic: the Gathering Arena.