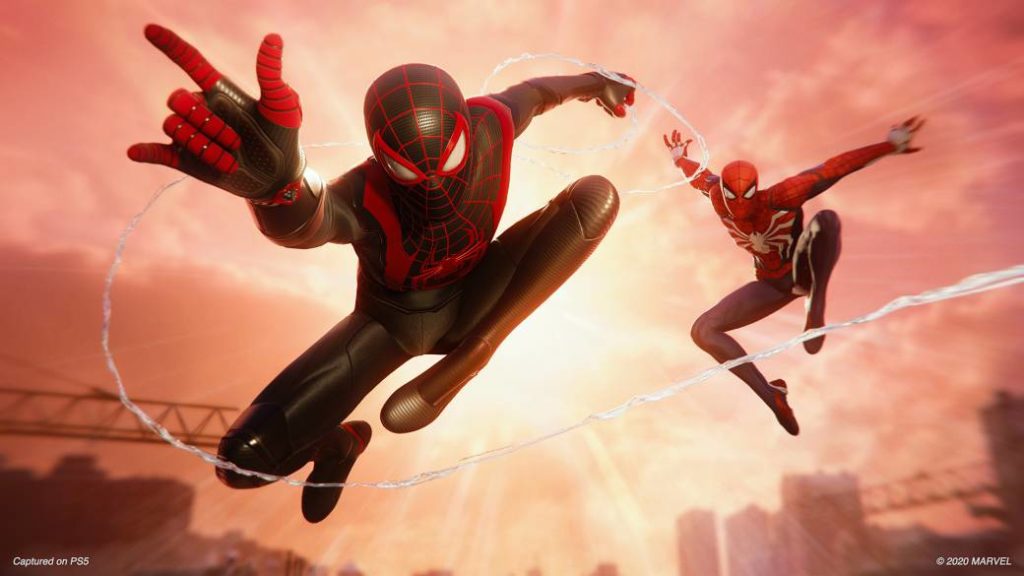 Thanks to the PlayStation team, we had the opportunity to see approximately 25 minutes of gameplay of Marvel’s Spider-Man: Miles Morales for PS5, a title from Insomniac Games scheduled for November 12, the same day that Sony’s new console will be released and also will have its version for PS4.

In this video Miles begins his adventure by exiting the New York City Subway, having a chat with his mother about shopping for dinner.

From the beginning we can see in real time a great graphic advance that can be seen both in the textures of Morales’ clothes and in the structures of the buildings and even in the reflections of the wet floor due to the snow of the streets of the Big Apple. Ray tracing work is evident in both glass and metal trim on automobiles. Another new generation visual element can be seen both in the floating particles of the snowflakes, and in the vapor from the breath of the characters when they speak.

The protagonist’s adventure began when he received a text message on his mobile from Peter Parker notifying him about a convoy. As in Marvel’s Spider-Man, Miles Morales can hang from buildings by holding down R2 and the relevant points are marked in a very similar way by means of cursors that are seen in the distance on the horizon with a distance indicator.

Another of the movements similar to the first installment of the protagonist is to be able to propel himself with the X button to gain speed or to make a release of the slingshot. During this sequence we saw how the reflection of the character was projected on the crystals and there was congruence with the projection of the environments themselves, thus confirming the ray tracing in real time.

As we saw in the PlayStation 4 installment, Morales is also capable of walking through buildings by simply pressing R2.

The spectacular point of the demo came when Peter and Miles swing together in the city trying to secure the convoy’s load, resulting in an accident and Rhino’s chase through the streets of Manhattan. In this mission we will have to take care of all the prisoners who were freed and help Parker to stop the Russian Aleksei Sytsevich, who will even run into a shopping center. This part is undoubtedly one of the most surprising in visual terms, both for all the elements that are being destroyed, the people running, the effects of particles from the broken glass and the splashes of water that are impacted on the screen. 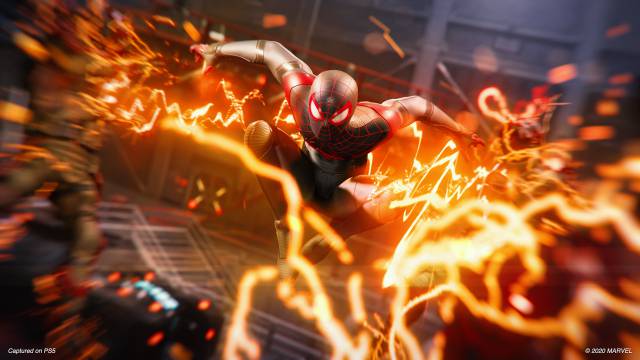 The way of fighting is at first similar to Marvel’s Spider-Man in the beginning, including quick time events during some sequences, but as we progress we will discover special movements such as the arachnid sense, the combos with the spider web, evasive movements, the finishers with circle and triangle at the same time, as well as the Venom Punch, which is executed by pressing L1 + square and has an energy cost that we will gain as we fight or dodge enemy attacks, this movement also serves to detonate combos. In the same way, we can use the environment to defend ourselves, throwing boats, things or at the enemies themselves.

What we found funny is the interaction we have with Peter Parker and Rio, Miles’s mother throughout this mission, both in the dialogues and with the environment.

To avoid major Spoilers, at the end of this mission we managed to understand the reason why Miles will be alone in this installment with his Korean-American friend Ganke Lee, letting us see part of the experience tree and special moves that we will have access to when using our first super suit, same that integrates modifiers for the visor and the set per se. 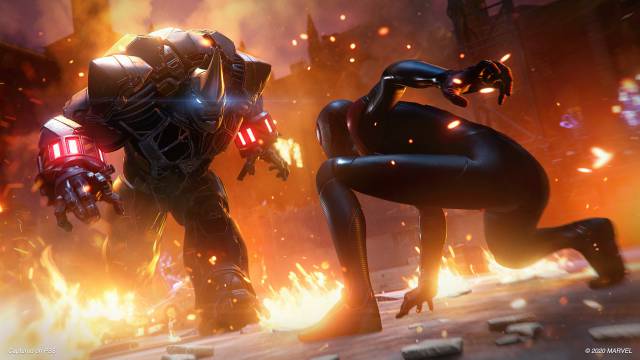 In the game we will have different types of net shots, such as one that allows us to electrocute our enemies around us, the invisibility ability, one that generates a type of attractive force among others that we can no longer see how they worked but that appeared in the menu.

The surprise at the end came with a brief sequence of Miles Morales with Spider-Cat in his suitcase, which is capable of attacking when we execute the finishers.

If you want to know more details about Marvel’s Spider-Man: Miles Morales, don’t miss the interview we had with Brian Horton, Creative Director and Cameron Christian, Game Director.