You are here: Home / Facebook / Medal of Honor: Above and Beyond, interview with Peter Hirschmann 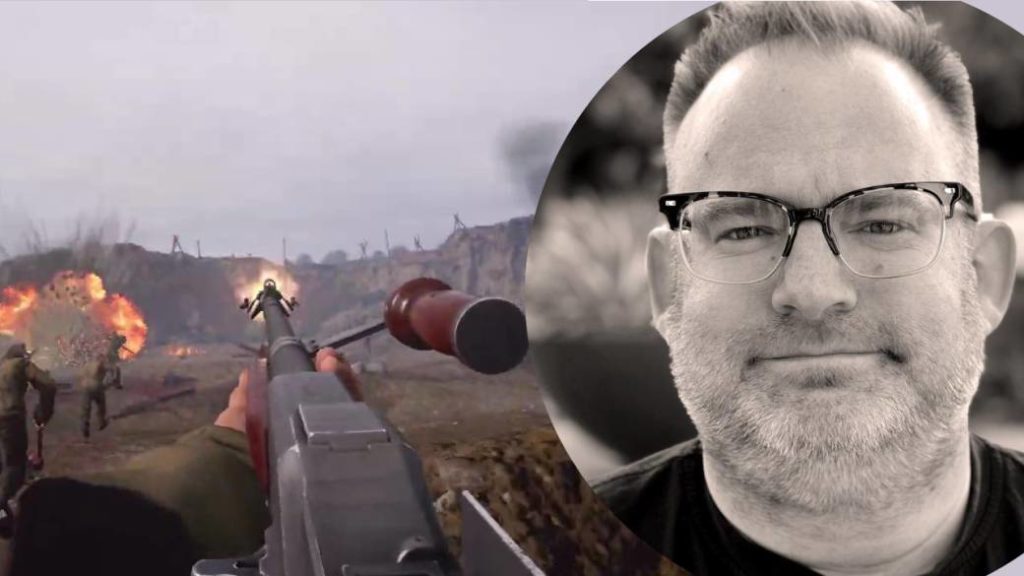 Within the framework of Gamescom, Electronic Arts and Respawn Entertainment gave us the opportunity to chat remotely via video conference with Peter Hirschmann, the director of the new installment of Medal of Honor: Above and Beyond that will arrive exclusively at the virtual reality platforms from Facebook, Oculus Quest and Oculus Rift.

Why only make this comeback in VR?

PH: VR is the best platform for a first person shooter video game, it is the most immersive and the interaction you get is incredible. The opportunity to return Medal of Honor per se was exciting and fun. Being able to do it on this platform was something very special, because it allows us to bring the vision of the original game from 20 years ago, that of putting ourselves in the boots of a World War II soldier. The power of virtual reality allowed us to fulfill that vision in a way that we had never imagined two decades ago. It was truly a privilege to develop it on this platform, we have some amazing partners with Oculus who supported us to give it a AAA experience. I would dare to say that it is the most immersive and emotionally ambitious development that I have been part of in the 25 years that I have been a developer. 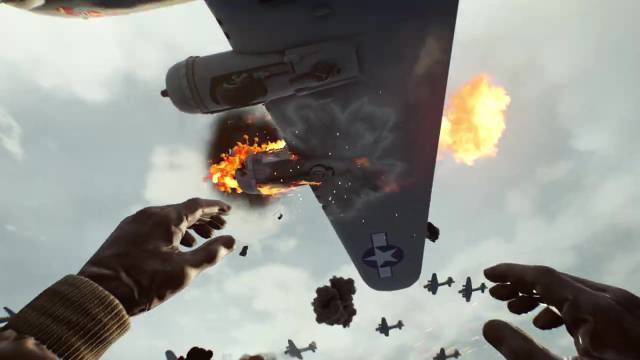 Do you have plans to bring this port to PlayStation VR?

PH: We built it from the ground up for the Oculus Virtual Reality platforms so it is an exclusive experience. 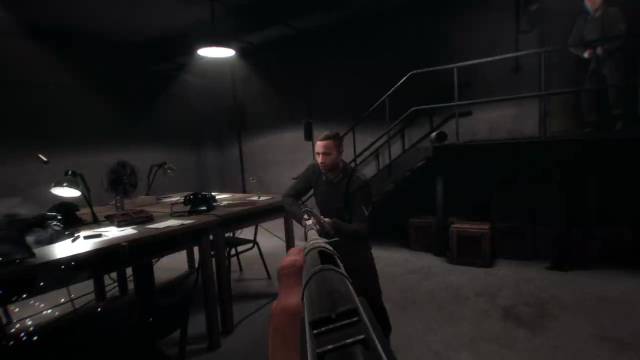 Do you think that the new generations can be emotionally susceptible to this type of themes or stories because of the violence they contain?

PH: That’s exactly why we made the game! We want to tell these stories, the lessons of the Second World War must never be forgotten, the events of this must always be told. The world we live in now must not forget those lessons. Everything we live in some way derives from this war, politics, culture and technology are a consequence, in fact, having this conversation remotely is a consequence of what was created in this conflagration. That is why it is important to know through these stories, because the world became what we see today. Using video game entertainment to teach people these stories is part of our mission.

The ultimate goal is for it to be fun, killing Nazis who represented evil at that time and defeating the Third Reich is a fun mechanic, it is more powerful than shooting zombies or aliens. This is the hook that in parallel helps to have fun and understand why certain things happened with the stories behind the game, in fact, much of the title is developed with the French resistance. As you well know very early in this conflict, they were an occupied nation and all the Gauls had one of three options: surrender, collaborate, or the most complex of all, resist. Much of this story is based on those people who decided to endure with everything and the danger that this entailed. Finding where the neighbors who could help were, when most of the people just hung their heads and wanted to stay alive … I found this bravery wonderful, to do everything in their power to defeat the enemy, and finally they won! That is why we wanted to tell the story of this resistance with a young woman, her teenage sister and an elderly man. As they did everything possible to fight and win, all this based on authentic stories, thanks to these little anecdotes the English and the Americans entered. There is no D-day without the French resistance! There would not have been such a successful invasion without it. 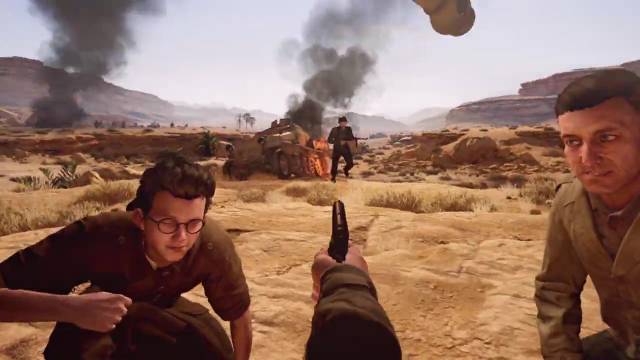 Tell the stories in a unique way, where you can see how people were scared and in conflict and how heroism, which is the absence of that fear, overcame it. Telling the way that people had to overcome themselves, to do what was right in an overwhelming context, this is the anecdote we told and in fact having worked it in virtual reality, raises the bar to generate those emotional and immersive connections more intense.

We wanted to do something fun that makes people come and play, and that with just a little bit of their imagination, they can experience everything that happened back then, this is taking entertainment to its full potential, where you can take the viewer to see things differently. 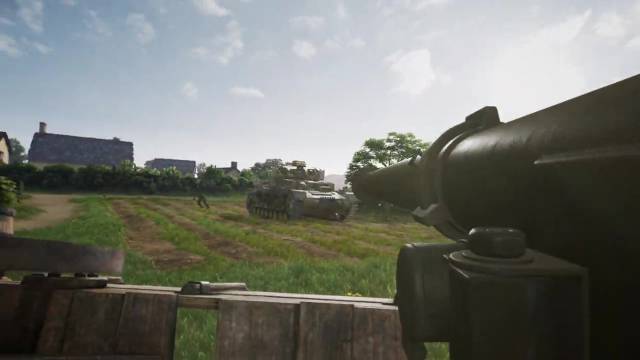 Will this game have Ray Tracing?

PH: No, but you can expect the most amazing Virtual Reality experience we could create. VR games must run with high frame rates per second, ours runs at 90 FPS, I mean most people expect at least 60 FPS, but we wanted to put another 30 on it. The technical challenge of a title with these characteristics is to be completely immersive in 3D and where you can feel that depth. For example, when you see your feet, you will feel that feeling of realism or when you hide behind a wall to hide. You will see that when you put on the viewer with this game for at least 10 seconds, you will forget about the graphic processing and focus on the experience. 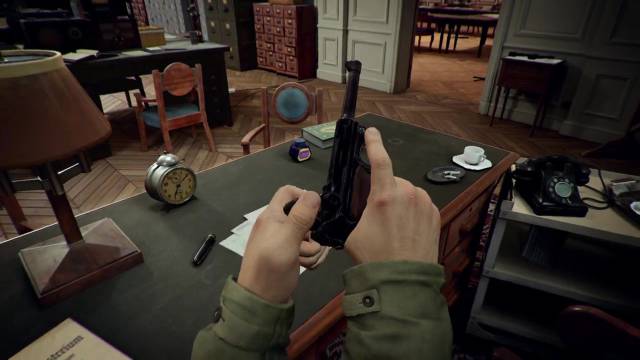 PH: Our team has always been famous for audio production, so positioning the sound in the game is everything. The work our team did is crazy and just to mention a few examples, all the weapons were recorded in real life in a field with microphones at different distances to capture those reflections, we have a huge library of weapons, vehicles, tanks and sounds that depending on where you are in this world, that audio will change dramatically. For example, if you are in a field in France with your machine gun shooting at the bad guys, it will sound differently than if you do it inside a submarine, here you will hear all the echo and bounce of shooting inside a place with walls metallic. 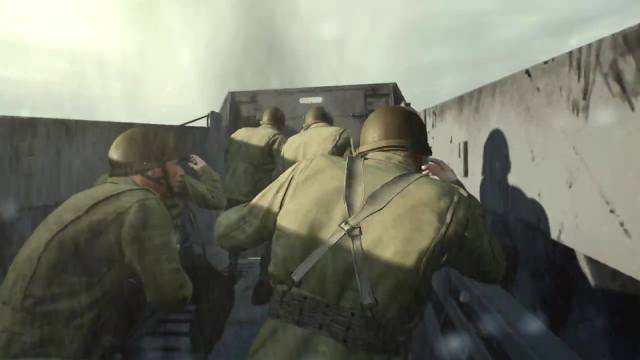 Who is the composer of the music?

Michel Giacchino who is also doing the music for the new Batman movie, returned. I first met Michael when he made the music for the first Medal of Honor games and now he has composed a couple of new pieces for us. He produced the soundtrack and worked in conjunction with another songwriter named Nami Melumad, she took those pieces and wrote the tunes for most of the levels. The work of both has made me cry just listening to it, this time Michael wrote a special song for Medal of Honor: Above and Beyond, he also wrote songs for all the characters and it is simply beautiful. Nami for her part is a fantastic songwriter who wrote a wonderful soundtrack. We will be sharing this later online.

It’s great to have Michael back, because he even says that music is everything to generate emotion and this is reflected in the pieces that he worked together with Nami, it’s a great job, the emotion of resistance, of being scared, of the evil represented by the Nazis, the heroism and bravery are embodied in the music of the game, elevating the whole experience. 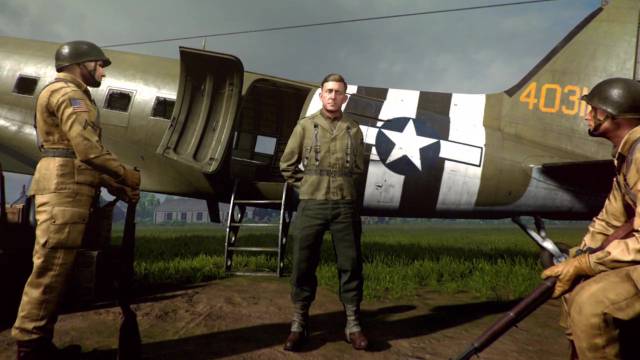 Are we going to operate tanks, motorcycles and boats?

PH: As you can see in the trailer, there is a tank, so I can assure you that you will drive it. We try to generate an interface where all your team drives so that you can give direction orders and where to shoot. You will ride a good number of vehicles and planes. We spent years perfecting the use of weapons from a fixed point of view and there is a good amount of experiences like this, we focus on making the best first person shooter game in VR. 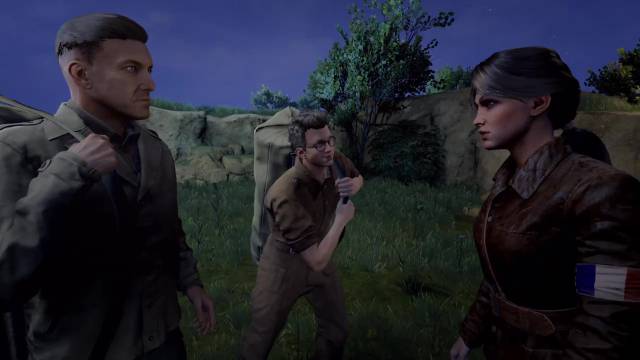 How many hours can we expect of gameplay?

PH: At least 10 hours in the single player campaign, although you have to remember that not everyone has the same pace, so it may take a little longer for some.

Medal of Honor: Above and Beyond will arrive at the end of 2020 as an exclusive to the Facebook VR platforms, Oculus Quest and Rift