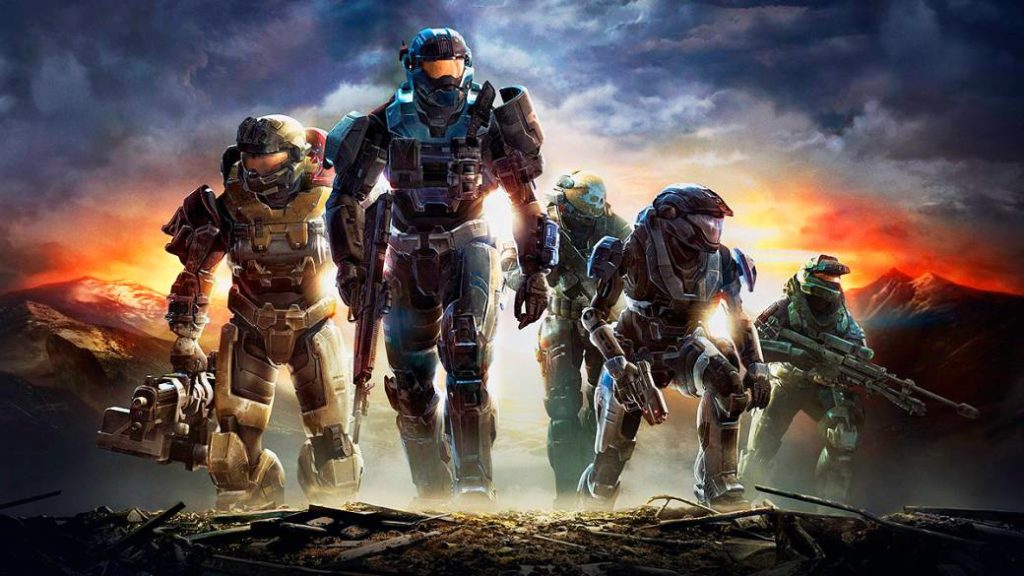 Halo Reach was Bungie's last title and perhaps his best work in the franchise. We pay tribute to the classic before its impending landing in 4K.

It has been more than 9 years since we face the fateful events experienced on the planet Reach, but nevertheless the value of the Noble Team still remains indelible in our memory. After the ashes, we understood that the end was actually the beginning of everything.Halo Reach was the missing piece in the Halo: The Master Chief Collection, but it's finally time for PC and Xbox One players to take part in the bloody battle for the future of humanity that took place on the planet Reach.

The Odyssey of the Noble Team

Reach, year 2552. The Noble Team is deployed in Reach with a new member, 'six', a Spartan-III with an exemplary record that replaces a former companion disappeared in combat. Unfortunately, there is no time for presentations; Multiple incidents have been reported in different areas of the colony and everything presage the worst scenario: the Convenant has discovered the planet. Confirmation of their presence would soon arrive, which immediately activates the ‘Winter Plan’ with the corresponding evacuation of civilians and senior personnel from the UNSC. There is no turning back. The Noble Team faces the most challenging mission of their career: save the planet.

It is no secret that the Halo Reach campaign is considered one of the best in the saga by fans due to the good work of the study in the design of levels, the complexity of its missions and the tension facing the player before a planet that slowly succumbs to the enemy offensive. Each victory with the Noble Team feels as intense as each defeat, but our instinct dictates that the end is near. Undoubtedly a reliable proof that Bungie knew how to do magic by removing a blunt plot from the hat without the need to include his iconic spartan. 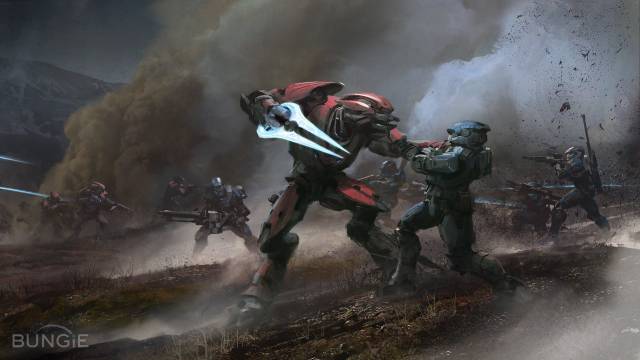 “The whole team is super proud of the campaign; I think it is one of our best campaigns so far and, of course, I participated fairly throughout the entire production, ”Joseph Tung, executive producer of the game, commented before the launch in Kotaku Australia.

Bungie completely redesigned the Halo 3 graphics engine in order to offer Reach a graphical section that squeezed the Xbox 360 hardware. Joseph Tung himself commented: “Halo 3 appeared almost at the beginning of the platform's life cycle, and obviously Reach is much more advanced (…). With Reach, I think we were lucky to have three full years to develop the game. With that amount of resources, we were able to do things like disassemble the engine and rebuild it from scratch. The graphic engine, I think, could be called a new engine. ”

Needless to say, the graphic jump between Halo 3 and Reach is remarkable, getting a more realistic and lively title. 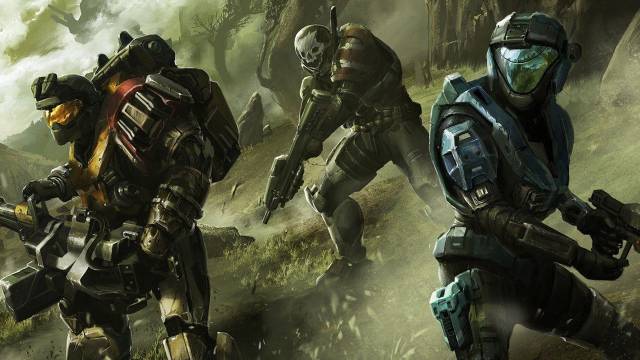 The Halo Reach beta ran from May 3, 2010 until the 20th of the same month. The holders of Halo 3 ODST were able to access the test, which brought together 2.7 million players, becoming one of the most played betas of any platform. Participants would receive an exclusive sweatshirt for the avatar and a plaque with the assault rifle for the game.

Already in the test one of the great novelties of Halo Reach was glimpsed: the class system. The player could choose from five available skills before starting the game. At first, this change in the gameplay caused uncertainty, but once at the controls it felt like a fun and refreshing experience. Now we could run to reach targets more quickly, launch holograms to mislead the rival, fly high, become invisible to hide in the shadows, or use a curious shield that bounced shrapnel impacts. Bungie managed to convince with these innovations without breaking the soul of the game. 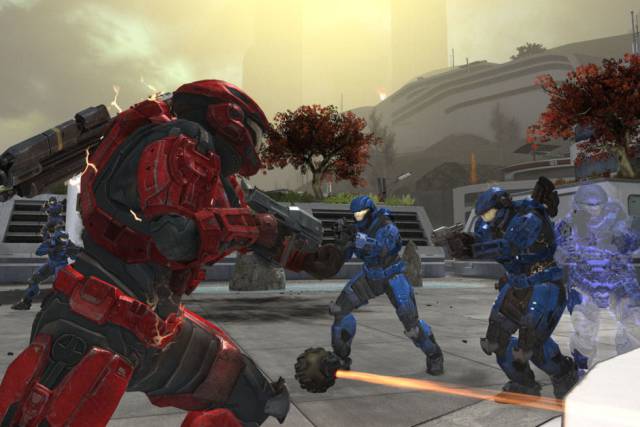 “It's something like the equipment (on maps) of Halo 3 and the classes in other games. We wanted it to be more meaningful and as an option with which you stay and have a more long-term impact, unlike Halo 3, where you used the equipment and disappeared. At the same time, we didn't want to develop a class-based game. So, in Reach you have the ability to switch between abilities once you die, ”said Tung.

Halo Reach boosted 4v4 games in the killer mode and, for this reason, the maps were smaller and had no vehicles. To all this we had to add the return of the life bar + shield of the original Halo. The changes were positively received thanks to the correct design of maps – extracted directly from the campaign – that penetrated among the users. Some of them also impressed on an audiovisual level, this is the case of ‘Boardwalk’ with the explosions on the horizon and the deafening sound that came from the contest.

However, as the years go by, the memories that last from the PVP are reduced to small moments. One of the peculiarities of the maps created by Bungie are the hot zones, that is, specific points where true pitched battles are formed. The perfect example in Halo 3 was found in ‘The Pit’ with the long corridor of the rocket launcher and each side next to it. After the starting gun, the chaos was unleashed with a brutal exchange of fire to seize the powerful weapon. Well, Halo Reach also presented a good number of these areas. If we remember the popular ‘Swordbase’, in the recess of the second floor of the elevator, the madness was served. Access there with this fast medium was a risk, since surely a guy crouched with a sword / shotgun awaited our arrival. The casualties in that place are counted by millions, but also the laughs when playing games with friends. The killer mode games were fast, agile and tremendously fun.

The playlists were also very enjoyable by objectives and the shooting mode that took off in Halo 3 ODST and came to keep new additions. And we don't forget the forge, a creative workshop where we saw real feats. We precisely had highly requested Forge maps such as the Asylum or Pinnacle, remakes of the Halo 2 Sanctuary and Ascension maps respectively. 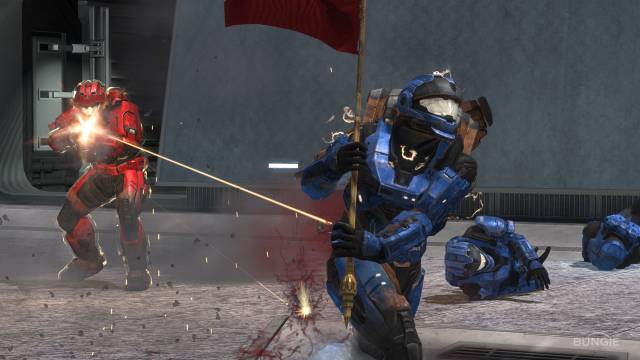 All those good times could be remembered in cinema mode with the option of extracting the best moments to share them on the Bungie portal. Even now you can find statistics and videos of the time. You just have to enter the web and indicate your gamertag in the search engine.

Lights and shadows in the competitive

In Halo 2 the competitive multiplayer of the series was born and continued with a lot of energy in Halo 3. But it was in Halo Reach where he found more division of opinions.

Not everyone was satisfied with the new features of multiplayer. The new mode called Arena brought controversy from a part of the community, which was not happy with the seasons of one month and with a system of divisions that dragged the player to play a series of daily games to climb positions. For all this, many veterans longed for the classic 'team slayer' of Halo 3 where they went up or down in a ranking according to their performance.

The most experienced players also did not like the implementation of the 'bloom' in the new DMR rifle, since it caused very inaccurate impacts due to the widening of the reticle when chasing fast shots. Another thing that generated complaints was the 'melee', capable of finishing a stroke with the shield. After a while, different aspects of the multiplayer were shot and game modes were created according to the wishes of these players, such as the 'Zero Bloom' in the MLG list. Although even today many competitive players are still not 100% satisfied. 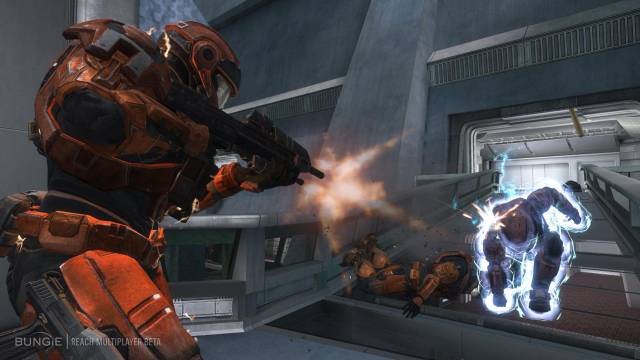 The prequel cleared some doubts from the story of Halo: Combat Evolved but woke up others. How exactly did UNSC get to installation 04? And what were Master Chief and Cortana doing during the attack on Reach? Fortunately, Halo's universe is rich in lore and essential material has been published to deepen as much as we want. The book entitled ‘Halo: The Fall of Reach’ (2001) was published weeks after the original game and is a great document to soak up the events not told in the video game. In it, we discover information about John 117's terrible childhood, as well as the secrets of the dark Spartan program. It also serves as an entertaining science fiction novel.

Based on the novel, an animated mini series appeared in 2015 that adapted the main facts of the book. It is currently available on Netflix as a full movie and worth watching. Finally, recommend the graphic novel by Brian Reed and Felix Ruiz 'Halo: Fall of the Reach' (2016), full of new revealing data.

The end of the Bungie era

In August 2011, Bungie transferred control of the franchise that led to stardom to 343 Industries. However, the news of his breakup came much earlier, specifically the first week of October 2007, at which time the study confirmed in a statement that it became independent. While they finished their last two titles, the concept of their future multiplatform work was forged. Small tracks were scattered in both Halo 3: ODST and Reach; Clear reference to what in 2013 we would know as Destiny.

Before ending its relationship with Microsoft, -and as a commemoration for its 20th anniversary-, the studio held on July 7 (the bungie day) of 2011 a 24-hour tournament where some of its members formed teams that beat against the fans. The prize was … a ribeye! Not for nothing was called 'Steaktacular Competition'.

Who was going to tell us that the end of an era was approaching. The closure to a decade where Bungie developed a solid history and a competent multiplayer, taking the necessary risks so that freshness was never lacking. His great work turned Halo into a selling console, and the Master Chief in one of the most beloved characters in the video game. 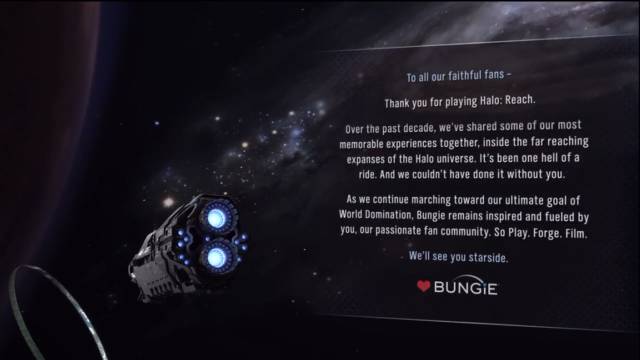 Bungie walked away to pursue his dreams, but not before summarizing his legacy in the form of infographics.

Reach showed us a story of sacrifice and hope. There remains an important part of our life as spartans, fans and players of this exciting adventure. The work that accompanied us for years and that, some time later, we recovered thanks to the backward compatibility to verify once again that what is well built well ages. Today opens a new stage for this timeless game; another opportunity to (re) discover what makes us never forget Reach.