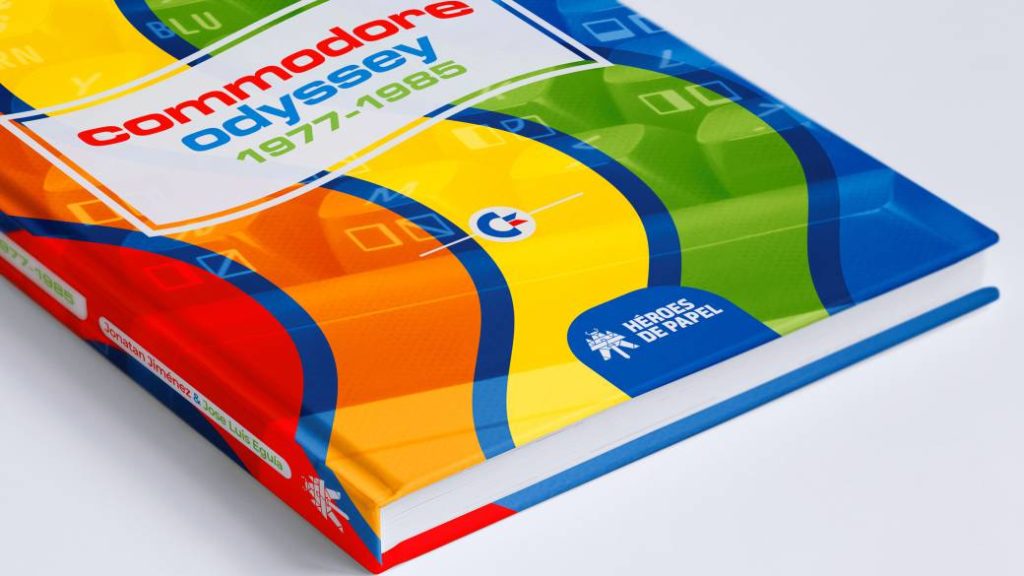 Paper Heroes incorporates a new book into its growing collection of publications, this time focusing on the history of one of the most fascinating companies in video game history, analyzing the brand, its prototypes and trajectory from 1977 to 1985, with the Commodore 64 and the Amiga as great protagonists but also leaving room for all the developments and prototypes that were conceived within the company.

The odyssey of a myth

Beyond a review of Commodore’s business and technological trajectory, the book also seeks to draw the sociocultural relationship with its time, linking the brand with names such as Bill Gates, Steve Jobs, Ronald Reagan, William Shatner, Andy Warhol -which with his midas touch would bring the Amiga to the artistic avant-garde after his famous digital representation of Debbie Harry- or Sir Clive Sinclair, the founder of Sinclair and father of the ZX Spectrum. And, of course, the legendary figure of Jack Tramiel, a survivor of Auschwitz, a taxi driver in New York and the founder of a house to which many owe some of their best moments as players, will be addressed.

The book is signed on the one hand by Jonatan Jiménez Sillero, a graduate in Fine Arts with a Master in interactive application design from the Polytechnic University of Catalonia and a member of the musical group El Síndrome del Martes, an unconditional fan of the system since childhood. On the other hand is José Luis Eguía Gómez, Doctor in Interactive Digital Communication and professor at the Universitat de Barcelona and the Universitat Politècnica de Catalunya, also a member of different scientific committees in international conferences related to video games.

The book will consist of 256 color pages with hardcover, and will include bookmarks, stickers and a badge. It will go on sale on October 21 at a price of € 24.95