You are here: Home / News / Paper Mario: The Origami King | Its creators explain why it is not an RPG 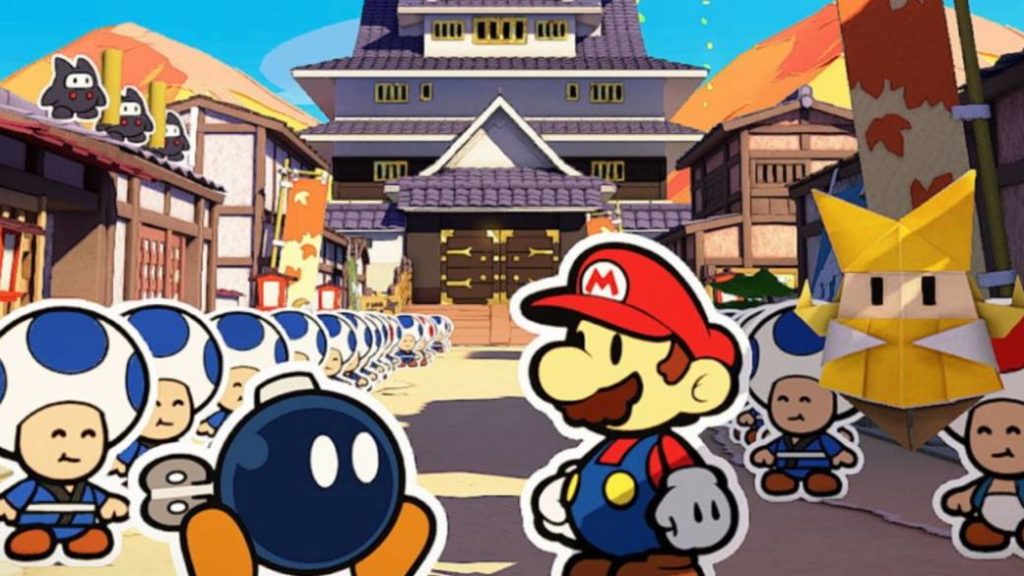 The new game in the Intelligent Systems saga debuts this July 17 on Nintendo Switch. Kensuke Tanabe ponders the idea of ​​origami.

Paper Mario: The Origami King arrives this Friday, July 17, in stores around the world exclusively for Nintendo Switch. The new installment of this beloved series has managed to recover what made the first two great, with an almost outstanding rating in this house. Now, where does the origin of using origami as the main element come from? Kensuke Tanabe, producer of the work, has reflected on this aspect and why it is not so much an RPG but rather an declared adventure.

In a meeting with La Vanguardia, Mr. Tanabe and Risa Tabata, production assistant at Intelligent Systems, discussed related topics such as the inspirations behind this concept, the creative and personal capacity involved in the project. To begin with, it transcends that during the first stages of development – game system design, illustrations … – there were only 30 people; those who know the Paper Mario series more closely, so that they could guarantee the idiosyncratic canons and style of intellectual property.

According to Tabata, in a moment of brainstorming on the theme of paper, the idea of ​​confetti was proposed. “However, we feel that that would not be enough, so we keep thinking about it. It was then that I realized that we had not yet used the concept of origami, “he argues. They were so comfortable with both confetti and origami that they introduced both in this iteration. “Since playing with confetti was an idea that we also felt good about, we decided to incorporate both origami and confetti. We could have let one of these ideas be left for an upcoming installment, but including both was something we all agreed on, as we thought it would improve the game. ”

Olly and Olivia, two new characters as an exception to the norm

Although Intelligent Systems has had creative freedom to modify characters at will, such as the Toad or the Goomba, the general rule is that you cannot create characters from scratch; except this time. “In this installment, we were able to create the two origami characters, Olly and Olivia, and wear outfits for certain Toads when it suited their role,” explains Tanabe. 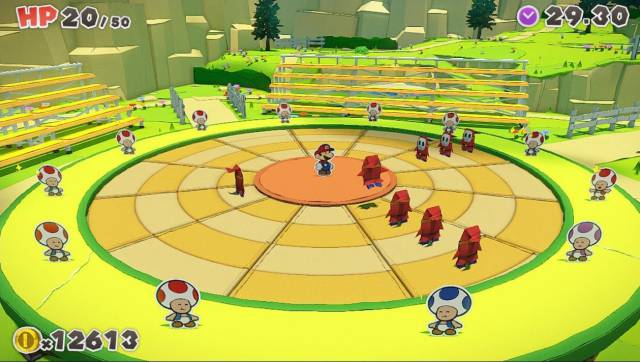 The Japanese veteran expands when addressing another topic that has sparked some controversy among the more conservative fans of Paper Mario, those who still yearn for the RPG style of the iterations of the Nintendo 64 and GameCube (recognized as the two best in the series ). For fifteen years, Paper Mario has become a series of adventures, not role-playing. The reason is none other than to differentiate themselves from Mario & Luigi, from AlphaDream, who are in charge of approaching the role in turn as the main axis of the gameplay.

“As for the game system, beyond not making it a platform game, everything remains in the hands of the development team. However, an internal opinion has emerged as to whether we really need two different Mario RPG series and in order to differentiate them we have created our titles as adventure games. Thus, there are two aspects to turn-based combat on Nintendo: on the one hand, Mario & Luigi, whose last original installment was published on Nintendo 3DS in 2015, Mario & Luigi: Paper Jam Bros; on the other hand, Paper Mario, more focused on adventure.

The result, at least in Paper Mario: The Origami King, is a celebration for this IP, a video game that continues to reinvent itself and is practically defined as a box of surprises where, in the same adventure, five linked stories are found each.