You are here: Home / Crusader Kings III / Resident Evil 7 and Destiny 2, among the Xbox Game Pass news in September 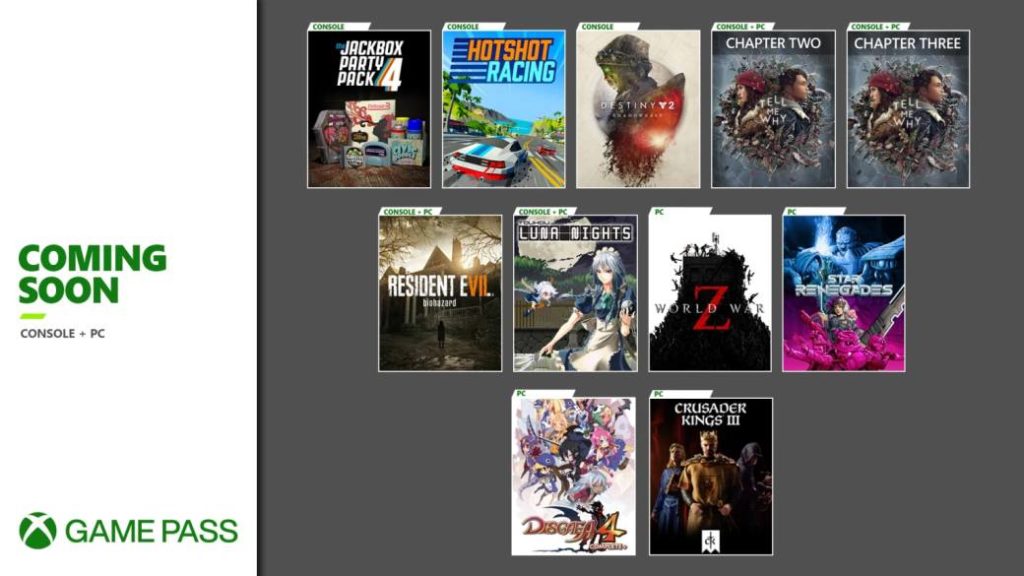 Microsoft’s service will also add the second and third chapters of Tell me Why, the narrative adventure from the creators of Life is Strange.

Summer drains its last weeks before moving into fall. September also marks the arrival of new video games on Xbox Game Pass, Redmond’s subscription service. As their own rules indicate, titles developed under the Xbox Game Studios umbrella enter the catalog from day 1, so Tell me Why chapters 2 and 3 will be published in the coming days. In addition to the narrative adventure from Dontnod Entertainment, the first video game starring a trans character, games such as Resident Evil 7: Biohazard, World War Z or Crusader Kings 3 will be released in the coming days.

All games to be released in September

The games that will leave the service in September

Although first party videogames remain in the service perennially, this is not the case as well as products developed by third-party companies. As in the case of video-on-demand platforms such as Netflix or Amazon Prime, the agreements are temporary, so the products leave the service when the stipulated period of time is fulfilled. In September, titles like NBA 2K20 will say goodbye: