You are here: Home / Preview / Scavengers, we’ve already played it: under the storm 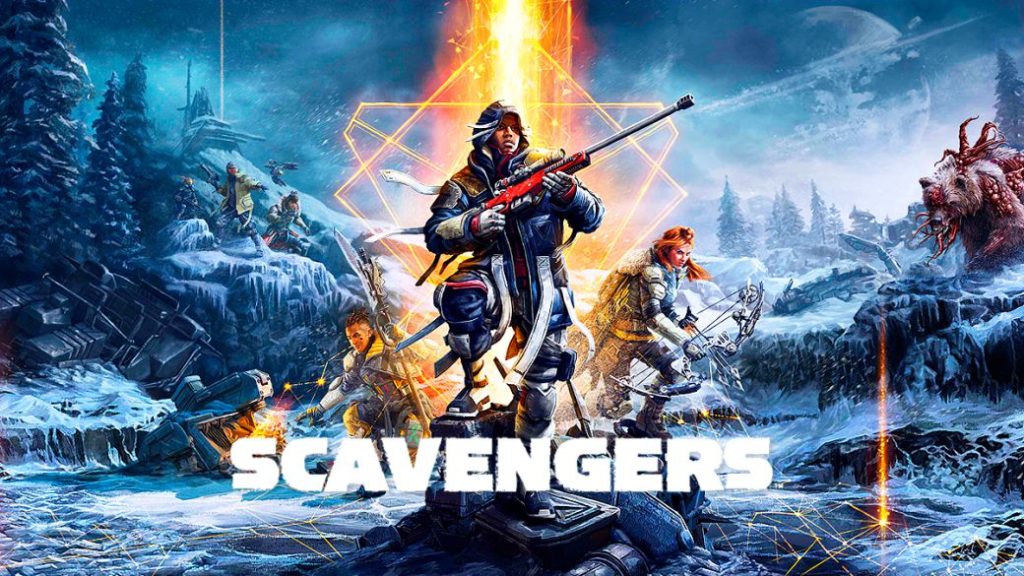 We tested the debut game from Midwinter Entertainment, founded by former 343 Industries workers. This is the multiplayer bet of Scavengers.

We live the generation of competition. The popularity of online gambling has become a standard in recent years. We see it in genres like battle royale, where Fortnite, Call of Duty: Warzone and Apex Legends monopolize covers day in and day out as well. Therefore, it is logical to think that the trend will continue for the next five years. Examples like the one we have today encourage this.

Scavengers is the new competitive proposition from Midwinter Entertainment, their debut game. Founded in 2016, the team was founded by veterans of 343 Industries, led by Josh Holmes, who was one of the main people in charge of Halo 4 and Halo 5: Guardians. Its development began a year later, in 2017; Along the way, they gathered talent from other iconic shooter brands, such as Battlefield, Gears of War or Halo itself. The antecedents, therefore, are strong: they know what they are doing. 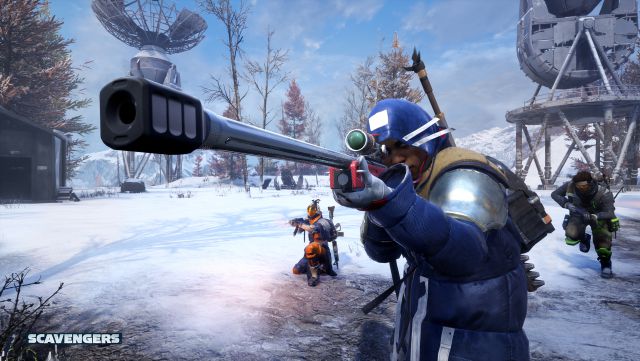 The last time the game was shown to the public was during the E3 2019 showcase. On the occasion of The Game Awards 2020, Scavengers will allow players to join the closed beta. In FreeGameTips we have already played the first games of this twist to battle royale.

How do you play Scavengers?

During the pre-hands-on presentation, it is clear which direction development has taken. The study qualifies the game as a PVEVP, that is, a hybrid between the confrontation against NPCs and other players. “A unique blend of PvE action and intense PvP competition,” explains Holmes. Scavengers shuns the comfort zone of a particular genre. 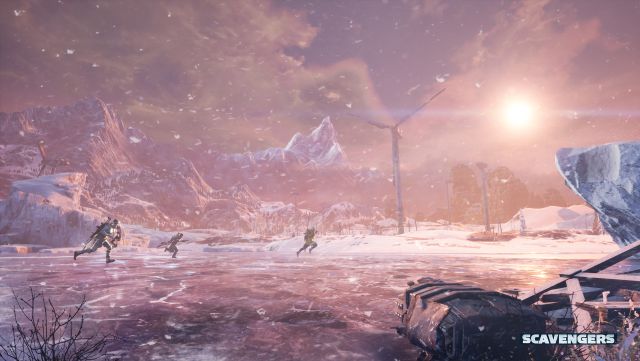 It takes basic elements of battle royale, MOBA, survival and third person hero shooter to mix them in a single space. And works. In practice, it is much easier to elucidate its playable appeal than on paper. 60 players in teams of 3 people jump into the void on a 3×3 km map. As soon as you land, the cycle of each game will begin: Explore, Hunt and Extract.

The goal of all the games is to extract as much data as possible; whoever does it wins. Its great particularity is that surviving during extraction can be considered a success, since with these resources you can continue to progress the character. In any step, as soon as you land you will have to adapt to the environment while looting supplies with which to equip yourself. During the exploration phase you must flee from combat against other players to focus on looting shelters controlled by the NPCs. 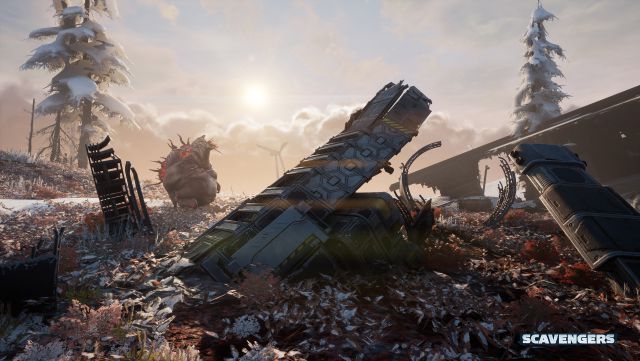 Why the shelters? Because they work like a jungle in any MOBA. By killing enemies we will progress through the level of the game, which will allow us to make higher level objects. Armors, the special weapon attached to the hero you have selected … It is vital to stand strong for the final stage against other players … and threats throughout Cascade Springs.

And it is that the hostility couple is joined by a third in contention: the weather. The blanket of snow that covers almost the entire map is a reflection of the incessant storms it suffers. The playable area will be gradually reduced by a storm in the same way as it would in a classic battle royale. The change is that there will be dynamic storms that will move across the map. 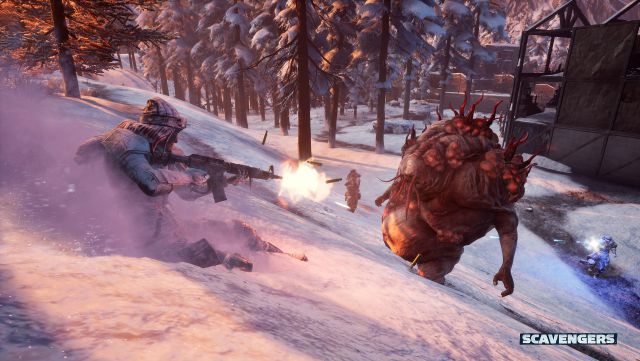 If you get caught in a blizzard, you’d better reach for the first shelter you find. Staying out for a long time will lower your body heat; When we go into a frozen state, the life bar will turn to ice, reducing the health available in the face of a firefight. To alleviate it, we must go to improvised hot spots, either by creating a bonfire or by shooting objects that increase body temperature. Some abilities of certain heroes can help heal wounds, so everything makes sense when you are immersed in it. As you can see, this mix of genres translates into a formula consistent with what he proposes.

You will have to survive until the shuttle arrives, always in the final stretch of the game. At that moment the countdown will begin to reach it and be able to leave the planet saving all the data of the squad. The shuttle does not act like the one we saw in Titanfall, but is almost a vertical building in which all the teams face off in closed spaces. Therefore, you must compose your strategy properly during the course of the game, to get there and not be coughing.

The feelings after the games we play are good. It gives off the feeling that the design decisions have come from people seasoned in high-level multiplayer. Gunplay has those fun tints of the arcade TPS, although they need to polish the encounters in PVP. Against other players the dispersion seems to be random, as if it did not depend so much on our ability. 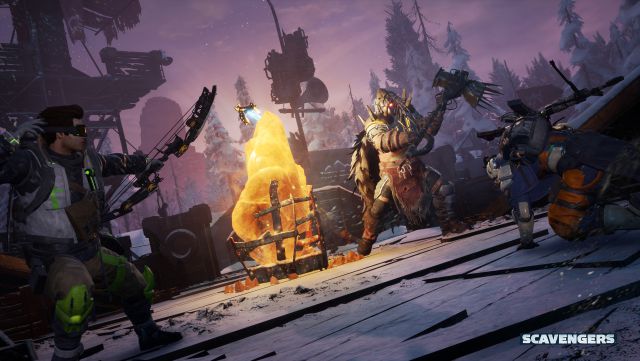 Shooting is as much fun as controlling the character. The setting really influences your movement. Is a storm coming and you have a hill in front of you? It will be worth the climb, since when you get off it it will serve as a sliding track, which will leave your threats quite far away. It is a game that in direct confrontation depends a lot on the capers that you can do using the structures around you. He has that competitive gene so necessary in this type of proposal.

We also liked that the enemy camps have more than putty. There is the possibility of finding mini bosses and bosses, enemies of great potential; We insist again on the comparison with the jungle of a MOBA. At the moment there is a final boss available, more will arrive in the future. The cycle of each game flows well, exactly as you would expect from a game that draws from its roots in that genre. 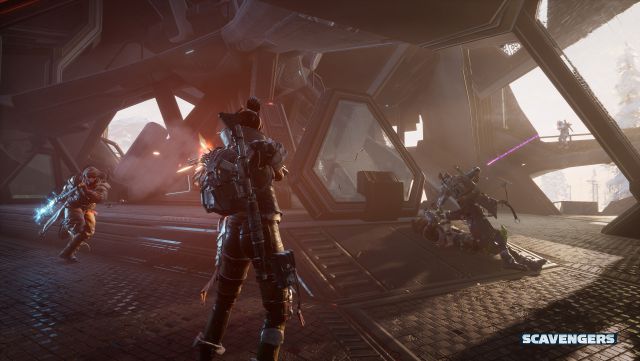 The fusion between dynamic circles (storms) and survival mechanics suits him great. There are many ways to die in Cascade Springs, including from frostbite. We must always keep the map in mind, in order to take the next step, knowing that we will be free from unexpected events. To do this, we must take into account the use of vehicles, only a shuttle in the build we play. Chassis are often found on the road; If you trade crafting materials, you will build one.

With what we extract from the games we can improve the heroes, researching improvements prior to cooldown or carrying an inventory of predetermined objects that facilitate the first steps. There is life beyond an experience bar, although in the build we weren’t able to thoroughly test how far the buffs go. For its part, Scavengers will arrive sometime in 2021 for PC in free to play format. Soon it will land on consoles.