You are here: Home / 2K Games / Tales from the Borderlands to return to stores in February 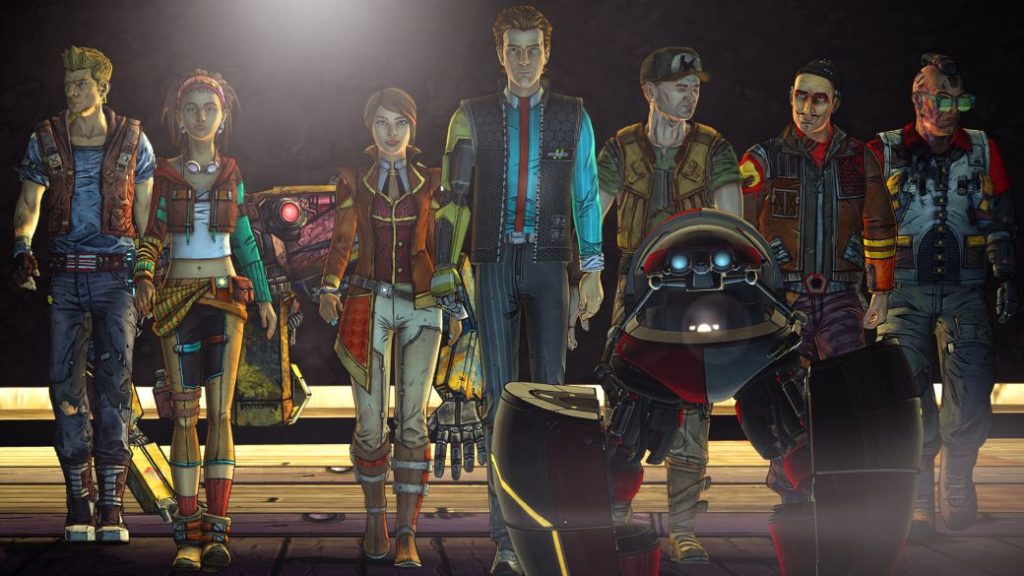 The Telltale Games title was retired when the developer went bankrupt in 2018, but it will be available again from the 17th of that month.

In 2018 there were bad times at Telltale Games, a studio that had succeeded with its adaptation of The Walking Dead, but was on the verge of bankruptcy. At the time they were working on the final season of their narrative adventure, which was only ended thanks to the last minute rescue of Skybound. When the company closed its doors, Tales from the Borderlans, one of the many titles they developed, was pulled from all digital stores. Now, Gearbox has announced that from February 17 it will be possible to buy it again.

“Tales from the Borderlands returns to stores on February 17!”, They publish on the official Twitter account of the saga. Set between Borderlands 2 and 3, the game stars Rhys and other characters, who will live new stories in an adventure motivated by greed, but “destined for greatness.” It has not been specified if they will introduce any changes compared to the original version, which was released in 2014.

Telltale Games and the phoenix: the studio is back

The game was developed and published by Telltale Games itself. The company was resurrected by the hand of LCG Entertainment, which retains some of the licenses of the past, although many others have passed different hands. The new company has reissued its Batman series and other products, while also developing the long-awaited sequel to The Wolf Among Us. Despite the fact that all classic productions were developed episodically, LCG has chosen not to edit the game until it is 100% complete. Of course, they have not decided if they will distribute it episodically or as a full title.

Gearbox, the studio behind the main Borderlands saga, has made headlines in recent weeks as its acquisition by Embracer Group, the owners of THQ Nordic, has been announced. This operation will not affect their relationship with the 2K Games label, so they will continue to work together on Borderlands and other future projects.