You are here: Home / News / The Last of Us Part 2: How many people have participated in its development? 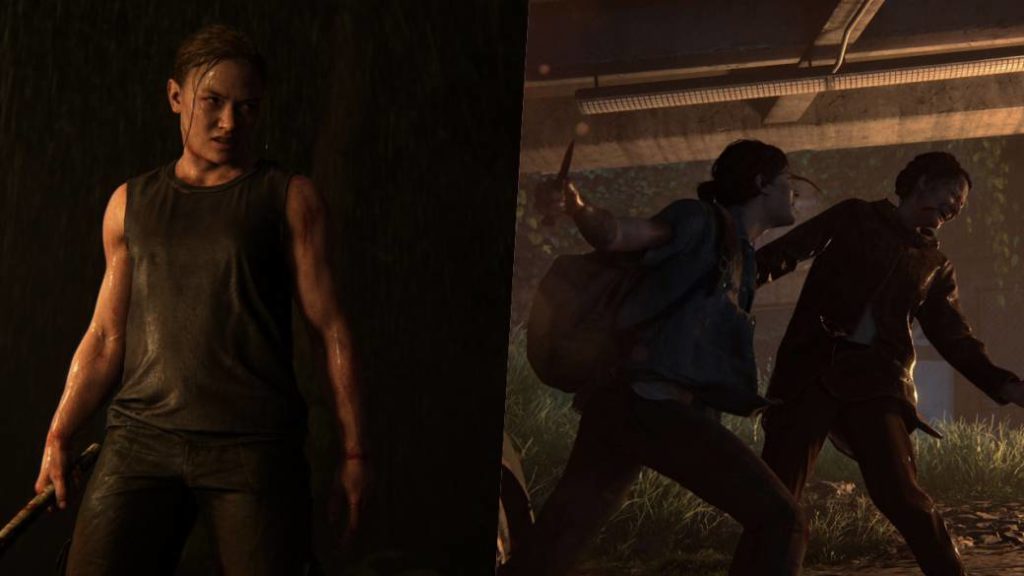 The title of Naughty Dog has become the studio’s most ambitious work; also in one of the most controversial.

In a product of the caliber of The Last of Us Part 2 all the details count. Naughty Dog, a particularly meticulous study in that regard, has faced crunch allegations. Neil Druckmann himself, creative director of the video game, has recognized that they need to improve in that regard. Be that as it may, this title has had the talent not of hundreds, but of thousands of people. This is accredited by Moby Games, which in its database collects the number of developers who have worked on the project.

According to the information, the number amounts to more than 2000 people. To be more specific, 2,169 professionals have participated in the creative process of the title starring Ellie. For placing the information in the context of another great production (which coincidentally was also accused of labor exploitation), Red Dead Redemption 2 has more than 8000 people collected in its credits. Of course, that does not mean that all those who have contributed their grain of sand in these works worked throughout the creative cycle. Many of them have been alone in one of the phases or have done some specific work. 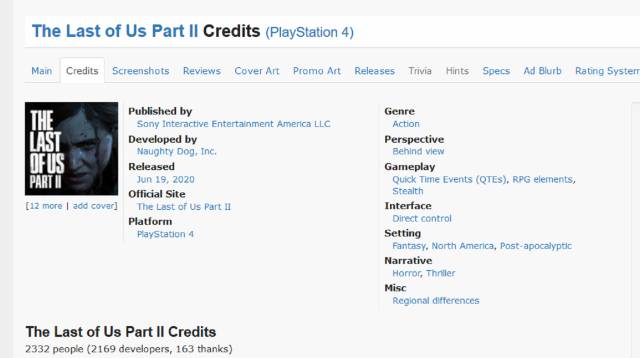 The Last of Us Part 2 database at Moby Games.

The Last of Us Part 2 is the fastest-selling PlayStation 4 exclusive title. That information was revealed by Sony Interactive Entertainment a few days after its launch, as the title managed to sell 4 million units. For its part, the consulting firm Super Data has published a report in which it reveals that the video game sold 2.8 million copies through the PlayStation Store during the month of June. That means that the sales rhythm of the games that until then held the record in PlayStation 4, Marvel’s Spider-Man and Final Fantasy VII Remake has improved.

The Last of Us Part 2 was released on June 19 exclusively for PlayStation 4. Naughty Dog is already looking at the new generation, although it is still unknown what they are working on.