You are here: Home / EA Sports / This is how Burger King managed to make Messi, Cristiano and other stars wear their brand, at a bargain price 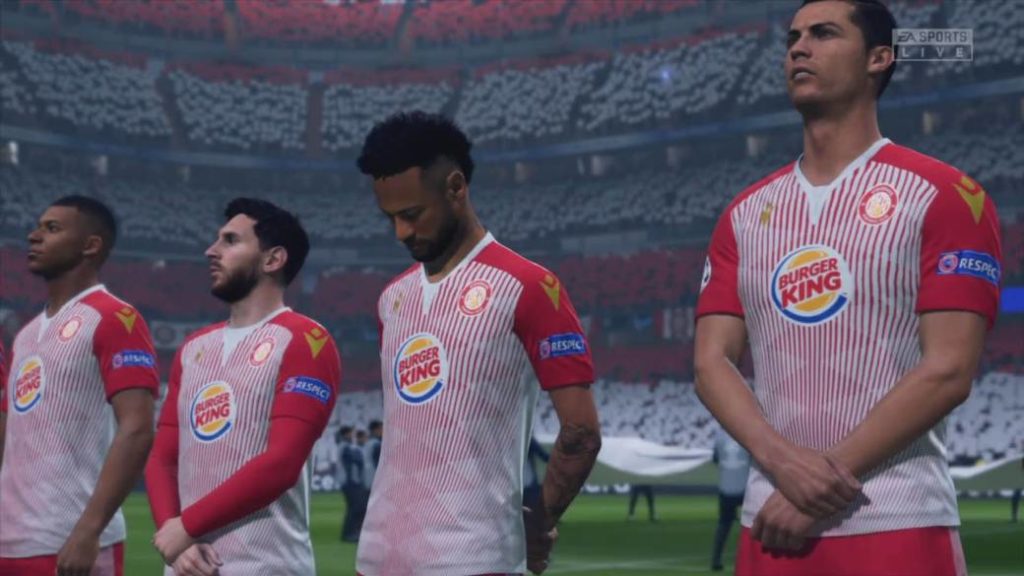 Although we do not know exactly what Messi, Cristiano Ronaldo or Mbappé charge for an advertisement, we can assume that it is a stratospheric figure, and that even with money ahead it is not easy to achieve it unless there is will or interest on the part of the players. Plus, they already have multi-million dollar contracts from the biggest sportswear houses, so getting them to wear a shirt with a logo other than the one their club sponsors is nothing short of impossible. But Burger King, in an example of a covert marketing book, has gotten not just one of those big stars to show off its brand, but all of them. Thanks to FIFA and a “creative” use of sports sponsorships.

An account dedicated to marketing Reviews details the maneuver in a didactic and illustrative way. Burger King, as a powerful multinational that it is, could spend the money to show off its brand in a club of international prestige, which guarantees it to appear in prime-time matches, but that costs another million -Fly Emirates pays 70 million per season to show off his logo in Real Madrid-. Instead, Burger King chose Stevenage FC, a club in the bottom of England’s fourth division whose sponsorship is surely radically cheaper.

• Sponsors Stevenage FC
• To get their logo in FIFA 20
• Challenges gamers to play as Stevenage, score goals, and share on Twitter
• Stevenage most used team in “career mode”
• Shirts sell out IRL pic.twitter.com/1px3OHld5U

From fourth division to heaven

And why does a multinational with thousands of restaurants in 100 countries around the world want to show off its brand in an English fourth division club? Easy, because that club will not play the Champions League or the Premier, but it is present in FIFA and that means that there is a shirt with the logo of the hamburger chain clearly visible in the game. First step.

Once the horse is in Troy, the second part of the plan arrives. Very few players will normally use Stevenage in FIFA, a League Two team from a modest city in south-east England that is not even among the 200 most populous in the country. But that’s where the Burger King marketing team comes in: by offering incentives like free food to participants through The Stevenage Challenge, players are invited to take on different challenges and share them on social media. 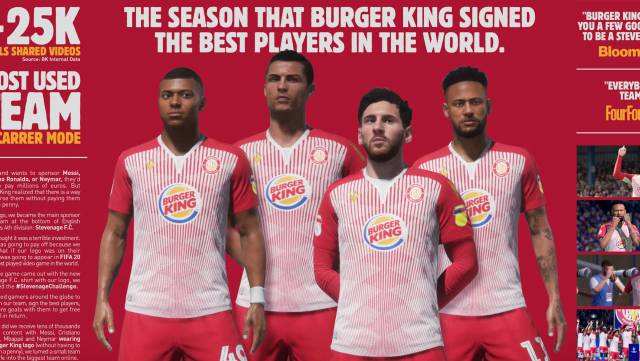 The call effect and the small incentive have the desired effect: tens of thousands of players choosing Stevenage for their career mode, signing the best players on the market and sharing highlights with them on social networks, with the Burger King logo clearly visible and in a world where streaming, esports and the huge growth of the digital world mean that the company achieves an incalculable brand presence, linked to the biggest stars in world football and for a tiny fraction of what a similar sponsorship would cost by the traditional method. It is no coincidence that among all the teams in the world, Stevenage is the most used of the career mode in the game and that their physical jerseys sell at an improper rate for a club in their division in England. An example of how to achieve a lot, with little.