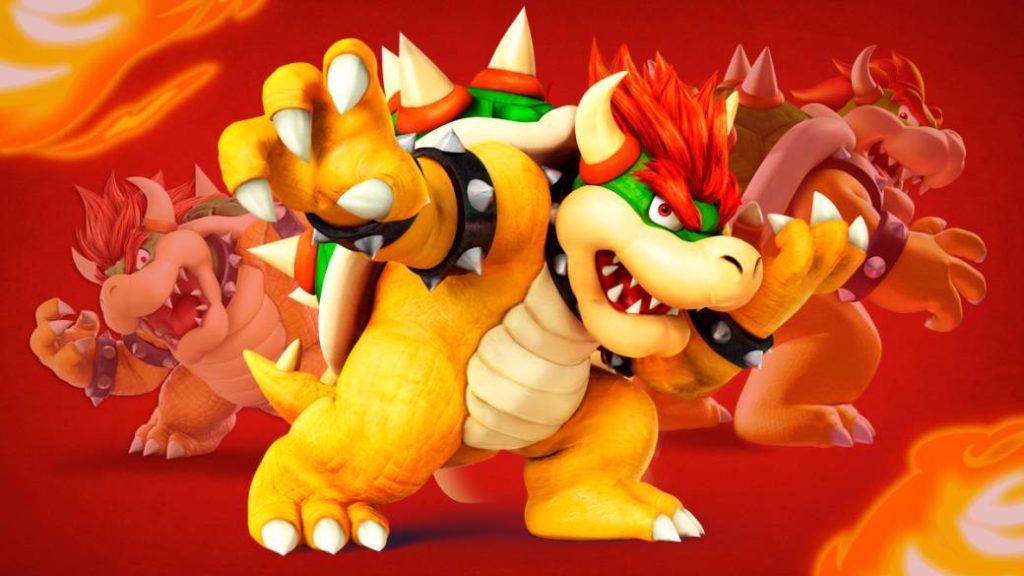 35 years are not fulfilled every day, but they tell Mario about it. The moustached plumber has been with us since 1985, the year he debuted Super Mario Bros. for the NES, but he didn’t do it alone. As you know, behind every hero there is a great villain, although in this case it is an atypical one, Bowser. It is a kind of chubby and anthropomorphic turtle that, although it mostly plays the role of antagonist, always trying to kidnap Princess Peach, it is truly endearing and loved. For this reason, today, at FreeGameTips, we pay tribute to him by reviewing both his origins and his evolution and the trajectory he has followed until he became one of the most prominent villains in the video game industry.

Created by the legendary video game developer Shigeru Miyamoto, Bowser is known as the King of the Koopas, all the turtles, whether humanoid or not, living in the Mushroom Kingdom, the most famous location in the Super Mario Bros. video game franchise. point, it should be noted that his name, although outside of Japan it remains as Bowser, originally, in the Japanese territory, it was known as Daimaō Kuppa, which translated into Spanish would be something like the Great turtle demon king. The name change occurred just as Nintendo translated it for Super Mario Bros. manuals out of the country. A really interesting curiosity if we also pay attention to the evolution that its appearance has undergone over time. 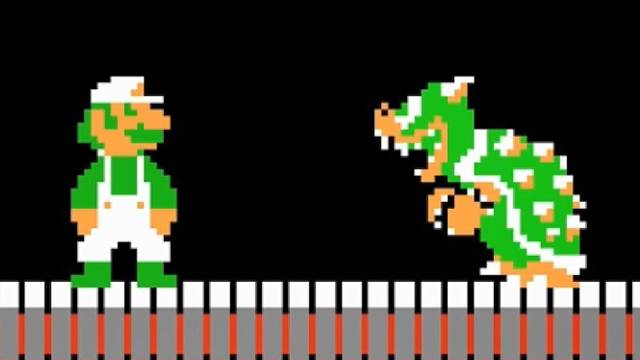 From his first appearance, Bowser has an anthropomorphic appearance in the form of a turtle. It walks on its two lower legs and is able to speak. With the passage of time, thanks to technological advances, Miyamoto was able to add more details to Bowser’s design such as the spikes on his green shell, the two horns, the fangs, the claws, more bracelets and the red hair. With all this, it was given an appearance that, nowadays, is closer to that of a dragon than to that of a turtle, because, in addition, as it has shown in the vast majority of video games in which it appears, it has a great physical strength and can spit flames. Although, initially, it was not devised that way.

During the development of Super Mario Bros., Shigeru Miyamoto considered the idea of ​​commissioning the design of Bowser to a specialized artist. But, as often happens in video game development, he didn’t have enough time for it, so he chose to create the design of our protagonist himself for the official art of the game’s cover. Taking as reference the appearance of the antagonist from the animated film Alakazam the Great, Miyamoto designed Bowser as a species of hippo without some of his more well-known characteristics such as the skin, which was gray, and the horns. Luckily, a short time later, the Japanese designer Yoichi Kotabe started working at Nintendo and developed a version of Bowser closer to the one we know today and much more consistent with the appearance that the King of the Turtles should have. 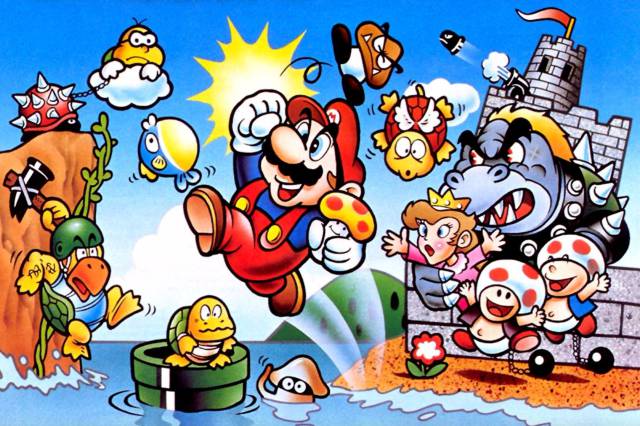 As we said, with each new generation of consoles, different technological capabilities have been improved, which has also made it possible to take care of details such as the scale of the characters. For example, in the first games of the franchise, Mario and Bowser are practically the same height, although, starting with Super Mario 64, a title released in 1996 for Nintendo 64 and which was a revolution for games in three dimensions, that fact changes and becomes more remarkable. At this point, it should be mentioned that, depending on the game, although Bowser already has a standardized size, he can modify it at will if in the game in question he has the necessary powers to do so. 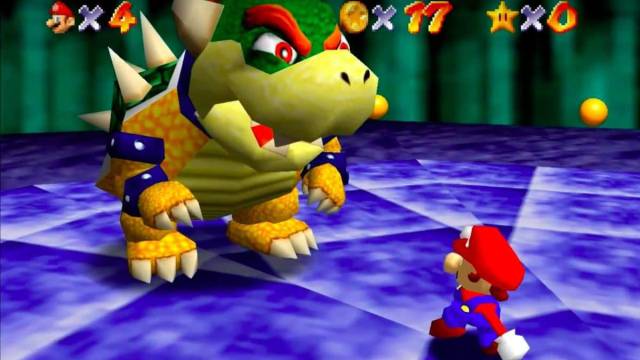 Something similar happens with Bowser’s family. Over the last decades, Nintendo has repeatedly modified the number of children our protagonist has, although not for any technological reason, but quite the opposite: to offer a definitive version of his story. In Super Mario Bros. 3, the Koopalings debuted, a total of seven enemies with the appearance of atropomorphic turtles that, according to the game manual, were the children of Bowser. In other installments like Super Mario World, the Big N has kept that version, although everything changed with the release of Super Mario Sunshine in 2002. 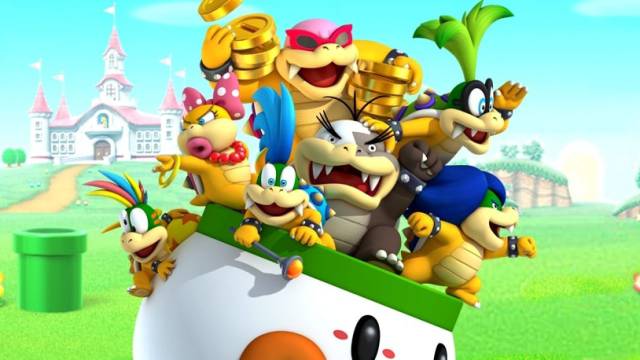 Released for the Nintendo Gamecube, Super Mario Sunshine was a before and after in Bowser’s history, as it added the figure of Bowsy Jr. to the board. Unlike the Koopalings, Bowsy is the vivid reflection of his father, as he is a perfect, albeit younger, version of him: he has the same physical features, red hair, wears black bracelets … As if that were not enough, in the games, they both have typical father-son conversations, in which Bowser is proud of him. In this way, Nintendo relegated Larry, Wendy and the rest of the Koopalings to the rank of henchmen, making Bowsy Jr. the motherless and only son of the King of the Koopas.

And behind every self-respecting character there is always a great dubbing actor, except for Link, the protagonist of The Legend of Zelda video game saga, who never speaks. In this case, several have been the people who have lent their voice to the King of the Koopas, although since 2007 and continuously the responsibility falls on Kenny James, at least in the English version, who may have found the key to why what we came to empathize with the character: “whenever his final goals are denied him, he always persists in reaching his goals. His perseverance is something that many of us can relate to ”. 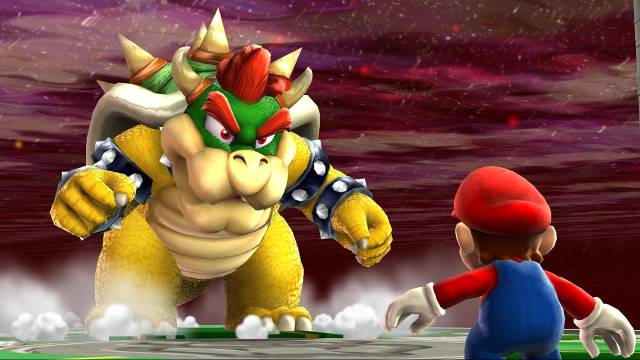 Not surprisingly, like Mario, Bowser has appeared in a large number of video games in the franchise. From deliveries of the main saga, as we have already mentioned, to different spin-offs and subsagas of all kinds, but also in other video games such as Skylanders SuperChargers or SimCity. What is really interesting about all his appearances, at least those that have to do with the Nintendo saga, is to see how his relationship with Mario has changed, because, in some titles, both even ally to defeat a common enemy. Also, according to Nintendo itself, they are actually very close friends.

“If you know things like Popeye and characters from old comics, you will have seen a few times that their characters play different roles depending on the comic or animated chapter in question. So to some extent, I look at our characters in a similar way and I feel like they may have different roles in different video games. They are more like a little big family or a handful of actors, ”Shigeru Miyamoto explained in an interview.

Similarly, Bowser has appeared in other audiovisual media. He shared the screen with Mario and the rest of the inhabitants of the Mushroom Kingdom in different films, animation series and comics published throughout the eighties and nineties, one of the most notable cases being his cameo in the film Wreck It Ralph! , from 2012, where he appears together with other video game characters such as Doctor Robotnik, and the animated film that Illumination is producing in collaboration with Nintendo, scheduled to be released sometime in 2022. Special mention deserves the American film in live action Super Mario Bros., from 1993, which, despite having actors of the stature of Bob Hoskins, known for starring in films such as Who Killed Roger Rabbit ?, its quality was doubtful, but it became a cult film that , like the animated series, it offered a very different version of Bowser. 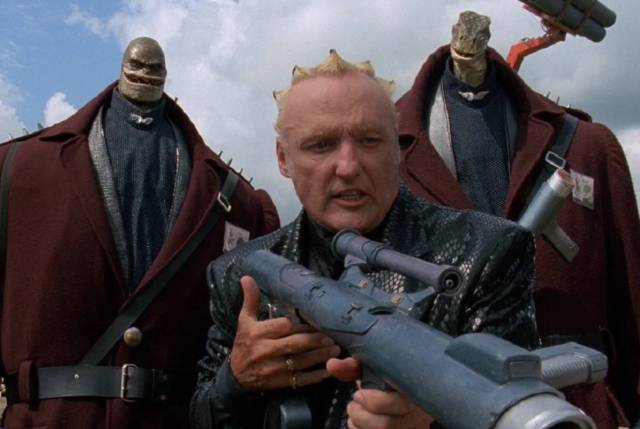 It may be because of the many years he has been with us or because of what the actor Kenny James pointed out, that in the end it is difficult not to sympathize with him, Bowser has been, is and will be one of the most famous and beloved villains within the video game industry. A very peculiar villain because of his appearance, but with a long career behind him that does nothing more than establish him as, beyond his evil side, a great character capable of penetrating the heart of any player. Happy 35 years to you too, Bowser.