You are here: Home / Ciencia ficción / This is Star Wars Fighter Force Combat, an ambitious fighting game made by a fan 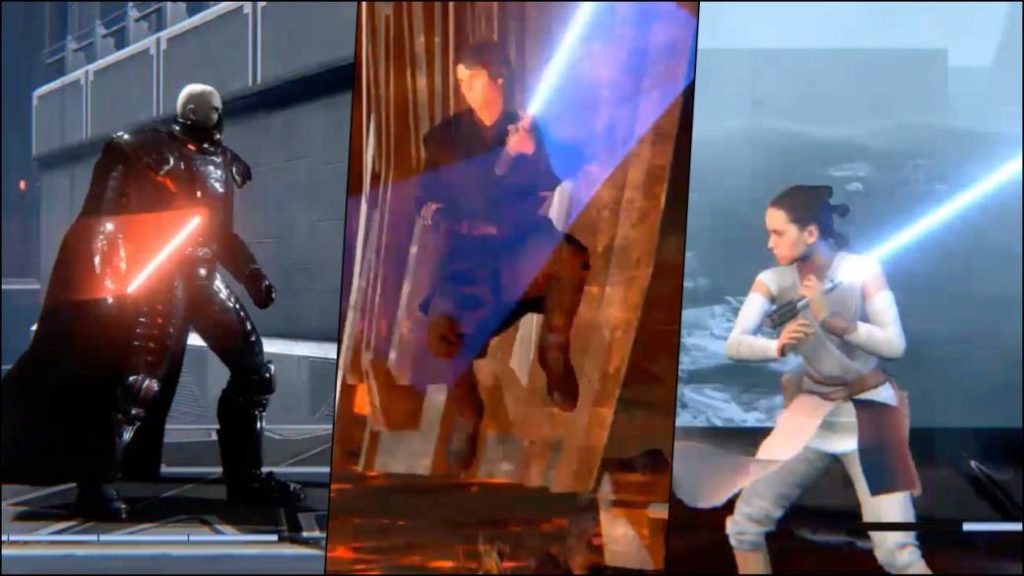 A fan of the Star Wars universe has made this fighting fan-made, whose Alpha has been removed by the intervention of Disney.

Star Wars lovers who have long claimed an official videogame based on the genre of fighting can find a good revulsive in Star Wars Fighter Force Combat, a fan-made game that was available to everyone in an alpha version that makes clear that the work of the user Lastjawa was very serious. In the last hours, the game has been retired.

The creator, who promised improvements for a constant evolution of the title, came to PC with the aim of satisfying those who expected a fighting game in the traditional style, in side scrolling and with lightsabers. Characters like Darth Vader, Ahsoka, Yoda, Count Dooku, or Kylo Ren, among other recognizable names of all the trilogies, were available as playable characters, although we insist that the evolution of the title included many more new content, modes and scenarios.

It is possible to say that it was through his Patreon where he was letting those who supported the project know about the news, but the validity of Star Wars Fighter Force Combat depended on whether Disney or Electronic Arts intervened by legal means to prevent such progress from arriving To good port. Although it has not been until now when the networks have begun to viralize the existence of the game, the reality is that the title has existed for more than a year.

In a statement, Lastjawa thanked the fans for the support received so far and hopes that EA and Disney are responsible for doing what they have not let him finish; Fans are now asking that both parties get ready to make an official licensed Star Wars fighting game.

The Star Wars universe is in full swing in the video game sector after the successful launch of Jedi Star Wars: Fallen Order, which has become one of the best-selling games of the past year 2019 throughout the United States, in addition to the greatest success Respawn Entertainment history to date. Initial estimates of EA were between 6 and 8 million units sold before the month of March.