You are here: Home / Preview / Windjammers 2, impressions of your next favorite sports game 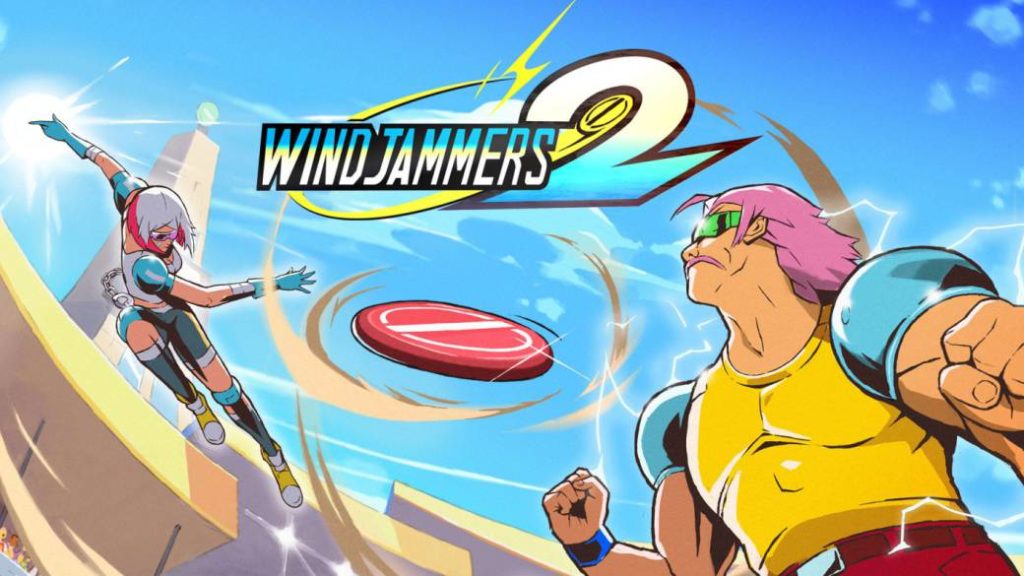 DotEmu continues its obsession with regaining the glory of great classics from the nineties, and the demo of the Flying Disc sequel confirms this.

Windjammers is one of those games that many of us tried in our childhood and first steps towards adolescence. It was one of the recreational games that you could find in inhospitable places, such as the Gatopardo Tapas Bar, in Can Pepe or in a recreation room 20 meters from the beach in any town on the Costa Brava, where your parents left you half an hour with 200 pesetas and you played in a swimsuit with people from different countries, generally taller and with skin more burned than you. Video games have changed a lot and now the competitions move millions, the players are equipped and pose very seriously with their arms crossed to the camera. But our first games seeking glory were held in remote places like those mentioned, without even the exotic touch of the salons that we see in Hi Score Girl. And Windjammers was a rare bird, capable of transferring the pique of competition with anyone who put a coin on top of the arcade without being a Street Fighter or similar.

The SNK game, released in the early nineties, left us with a fond memory. In addition, its proposal and staging is easy to remember. Surely we have played “I against the neighborhood” that we confuse with others, and more than one soccer game – one of those that the captain had special super-soldiers – is also diluted in our memory. But a game in which two athletic characters face each other throwing a disc in the middle of the beach is difficult to forget. The interesting point of all this is that the memories are beautiful, but the reality is that Flying Disc – as it was also known – was a great game. The arcade essence of SNK transferred to one on one where the controls were simple, but the skill made the difference. Shots with effects, powerful shots, characters gliding at full speed, special launches and high-speed games. Years later, it was recovered for several current platforms, and we have been waiting for a while to try the demo of Windjammers 2, which has been available these days on Steam. 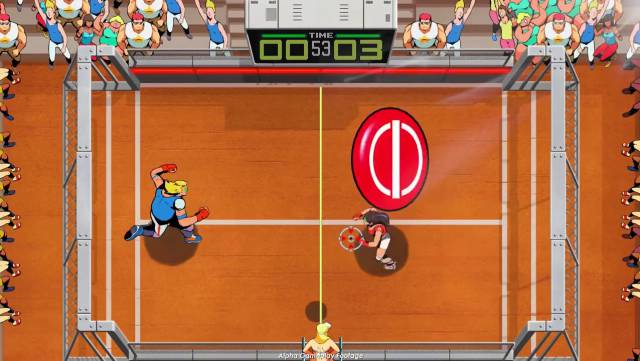 There is something interesting in this sequel to Windjammers 2, and that is that at least on paper it tries to enhance the base of the first part without paying too much attention to what other games of the same style have done during these years. We could expect two-on-two games, an addition in Disc Jam, but DotEmu, at least for now, is focused on enhancing what already works. The essence in our first games remains intact: a dash button to reach impossible shots, another to launch the disc with all kinds of effects depending on the movement of the stick, and other elements of the house: the balloon, the power to launch more powerful if we press the button just at the moment of receiving the rival shot, or the option to lift the disc if we are positioned long enough to prepare a super attack.

Everything flows as before, with a devastating and very powerful enemy AI while trying (and we too) to get points. The points vary depending on where the disc enters the opponent’s wall. Some are three, others five, some walls vary the space of the five points according to who is scoring, and now, as a novelty, in a couple of scenarios of the three we see, you can also score on the side walls. All this is kept intact with an amazing fluidity and a visual style very similar to Streets of Rage 4. In other words, a success.

Dotemu has decided to bet everything on new mechanics. The drops (two points if the disc falls in the sand and the opponent has not caught it) take on great importance. First, because now there are many bounces and blows that return to our track and that are difficult to see. Second, because a jump button has been added that allows you to catch the balloons on the fly and shoot from the air. It is not the only new mechanic. We have the slapshot, which is to hit -charging the attack- the disc when it reaches us without picking it up, to launch it at high speed. And we have an interesting energy bar management. With it full we can launch a special attack by pressing two buttons (or R1) to perform the special attack of each character. But we also have the defensive response, which empties the bar but serves to try to stop some of these impossible shots. 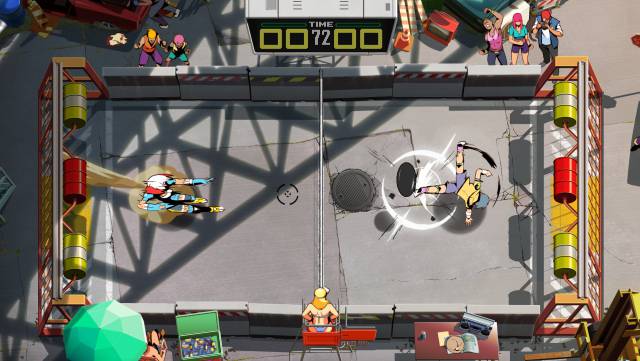 The result is that we have many more tools to make decisions in a few seconds, because the game does not stop at any time. Using the toss to lift the disc and charge an attack requires being in the right place at the right moment (and therefore, hitting the effect that the opponent has given him or the trajectory of the disc after bouncing off the wall), Or decide to get used to the jump when they try to make us a balloon to respond with what should be a safe point. Although at first it is difficult to get used to everything new, then you go fiddling and end up incorporating it almost without wanting to.

The demo, which is available until Monday, June 22, allows you to play against three CPU characters or against another player and also make online games. The few we’ve tested have performed well overall, except for a couple that lagged slightly. The experience, in any case, has been quite satisfactory in general terms and in the absence of seeing what improvements apply. We have only been able to see three scenarios, one quite compact classic reminiscent of one of the originals, another much broader where it is difficult to reach according to which shots, the area of ​​five points is enlarged when you receive points and you can get points on walls lateral, and a third more elongated than wide where the left ones are very common.

In addition to both modes, the main menu allows us to glimpse an Arcade mode as a highlighted element, waiting for whether we will have modalities and extras that have not yet been revealed. For those who do not know the game, there is a how to play where he explains the bases of the game, although as usual in these titles, only practice makes perfect. We will see what is to be announced until launch. 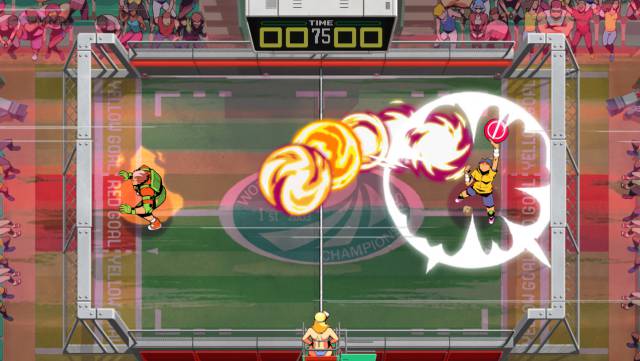 In short, Windjammers 2 is much more respectful of the original than we might first imagine. But what may seem like over-conservatism becomes the ideal way to keep the essence and offer new mechanics that fit perfectly. There are no great revolutions or situations that break the rhythm or the development of games that we all know, but only elements that enhance what Windjammers was and is: reflexes, skill and competitive spirit. And a lot of fun.