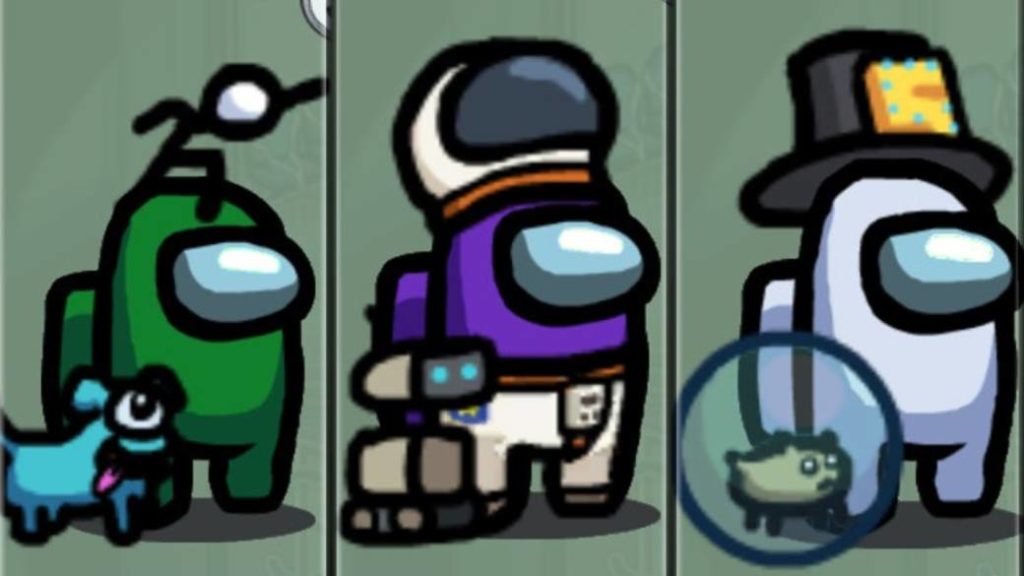 We offer you a list with all the skins, pets and hats of Among Us !, now available on PC, Mac and iOS and Android mobile devices for free.

In the hit Among Us! We can customize our crew member in very different ways to make him unique beyond changing his color and cap. Much of these cosmetic items such as skins and pets are paid, so below we leave them detailed so that you can consult them at a glance. In addition, we remember that you can get to play the game for free on PC and Mac, in addition to the version that is already free on iOS and Android mobile devices.

How to get all the skins, pets and hats

Buying them through the game’s official Steam page or from the app itself, by selecting the dollar symbol from the start menu. In each content pack, for just over € 2 several costumes, hats or pets are included that we leave you in detail below, divided into differentiated sections. Here, we make clear the prices of all the content packs that we can find on PC (Steam) and, added to get everything, it would be about € 12.74.

All the skins of Among Us!

In the image you can find all the miniatures of skins that we can acquire, also listed below:

All the pets of Among Us!

Here we divide the pets according to the content packs in which they are included:

All hats from Among Us!

The hats are the most numerous, since there are a good amount of them that we can find for free from the beginning of the game. As for the paid ones, we leave them detailed below in a couple of images in which they can be seen clearly.

In them, there are distinguished both those hats that arrive independently and those that are part of a pack (such as the astronaut, for example) whose skin or suit we have already listed above.