You are here: Home / News / Apex Legends reaches its peak of concurrent users on Steam 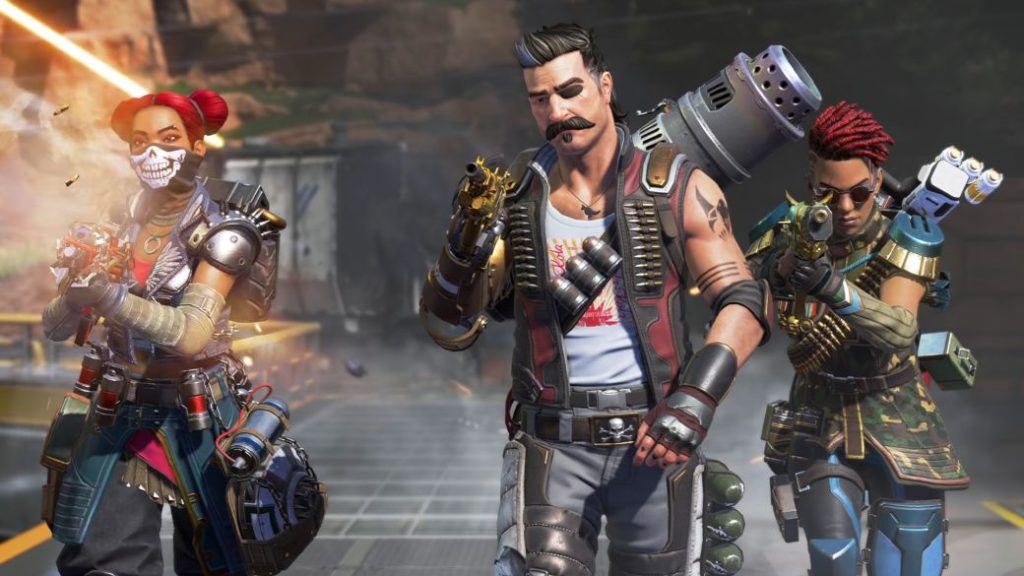 The Electronic Arts and Respawn Entertainment battle royale continues to be successful and will soon see the light of day on Nintendo Switch.

It was in February 2019 when Respawn Entertainment, the creators of Titanfall 2 and Star Wars Jedi: Fallen Order, released Apex Legends, a title originally developed for PS4, Xbox One and PC, by surprise. This free-to-play has been on the market for more than two years and is preparing to reach yet another platform, Nintendo Switch. Coinciding with the launch of Season 8, the game has achieved a new milestone in terms of the number of concurrent users on Steam, nothing more and nothing less than 70,000 players more than in the previous month, that is, a peak of 189,235 ( SteamDB data).

This happened five days after the event that was held on the occasion of the second anniversary. Respawn Entertainment’s John Larson recently commented that they are listening to the community to make changes to Caustic’s balance: “We have data to support that it is strong, and it will have attention in the near future.”

However, from the developer they have explained that it is not easy to do so. Still, Larson believes that “Caustic plays a unique role as a defensive champion who can perform offensively in certain scenarios,” so they must make sure to “adjust him in a way that eliminates frustration without hurting how he feels to play.” with the. 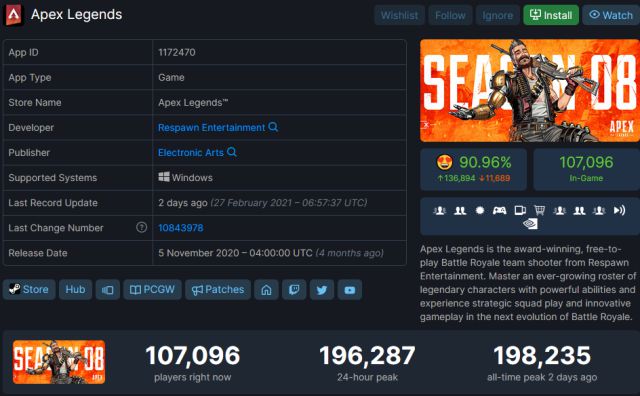 Apex Legends will come to Nintendo Switch from the hand of Panic Button, a studio specialized in transferring video games to the Kyoto hybrid. After working on projects such as Wolfenstein II: The New Colossus or DOOM Eternal (they also handled the port of Forza Horizon 4 to Xbox Series X and Xbox Series S), the studio will bring the battle royale action of Apex Legends to the Nintendo machine. . When? Next March 9.

Apex Legends is currently available on PS4, Xbox One, and PC, although it is also playable on Xbox Series X, Xbox Series S, and PS5 thanks to backward compatibility.