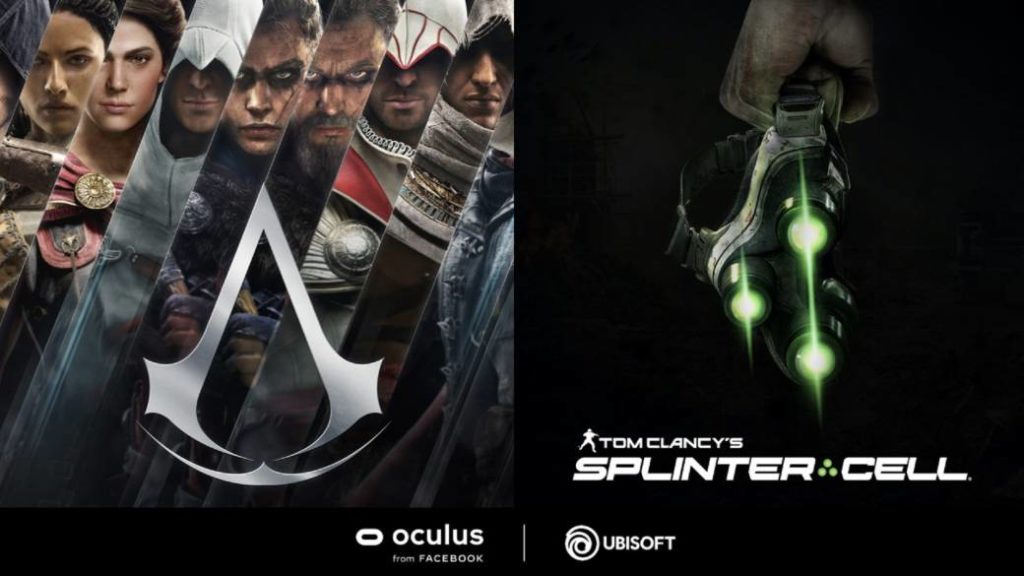 Ubisoft announces a collaboration with the Facebook company to transfer some of its star sagas to this technology.

The confirmation of Oculus Quest 2 will be accompanied by new video games for the virtual reality technology of the Facebook company. Through a press release, Ubisoft has unexpectedly announced a collaboration with Oculus to design VR video games for Assassin’s Creed and Splinter Cell. Both projects were announced during the Facebook Connect event, in which the future of virtual reality was also revealed.

The development of Assassin’s Creed and Tom Clancy’s Splinter Cell for virtual reality is being carried out by Ubisoft’s Red Storm Entertainment, in collaboration with Ubisoft Reflections, Ubisoft Düsseldorf and Ubisoft Mumbai (the latter, part of the team responsible for Prince of Persia Remake). The two projects will be exclusive and designed from the ground up for Oculus platforms. They promise that they will include elements of the sagas “that their respective followers know and are passionate about,” they comment in the press release.

Finally! We can say it. This is # Quest2. All the good rumors are true. It’s our fastest and most immersive VR gaming system yet. The best part: it starts at $ 299. Pre-order now on https://t.co/mgAVcLrVfJ pic.twitter.com/2tdf07QSJ8

They want to take advantage of technology

“We are always exploring new ways to leverage technology to create memorable gaming experiences,” said Elizabeth Loverso, vice president of product for Ubisoft Red Storm Entertainment. “The latest generation hardware from Oculus will allow us to bring the worlds of Assassin’s Creed and Tom Clancy’s Splinter Cell to life in a new way for their fans. These games will take full advantage of Oculus technology to deliver immersive and emotional experiences that players will not be able to experience like anywhere else.

Mike Verdu of Facebook Reality Labs has stated that they are “delighted” with the agreement. He has called Ubisoft an “exceptional partner” and has endorsed its “constant innovative content”, something that will not be different with these video games. “Players will have breathtaking and immersive experiences within two worlds they are passionate about and previously only available in 2D, and we are looking forward to bringing these games made for virtual reality to fans of each franchise, as well as new audiences.”

Assassin’s Creed Valhalla will be the next game in the series to hit the market (November 10), while Splinter Cell still has no further installments announced.