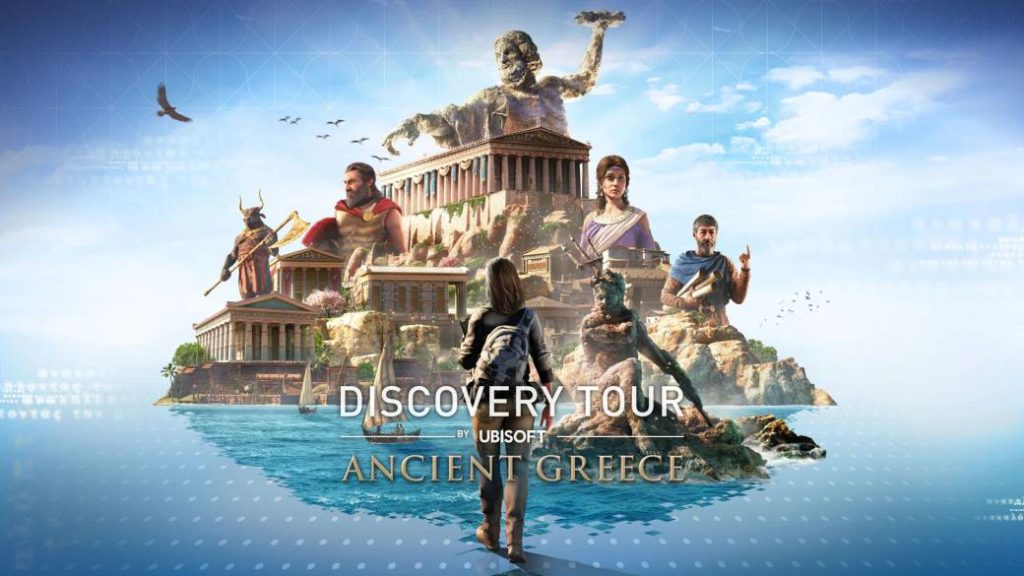 Ubisoft Quebec incorporates a new educational mode focused on learning the history, customs and daily life of the Hellenic world.

When Assassin's Creed Origins brought its representation of ancient Egypt to consoles and PCs, back in late 2017, Ubisoft Spain organized a press event that featured José Manuel Galán, an Egyptologist at CSIC. "The Indiana Jones or Mummy movies served to inspire young people to study history and archeology," he said during his lecture. "I think that the kids of the 21st century, what will catch them and push them to take an interest in the past are going to be video games like Assassin's Creed." The saga, which mixes reality and fiction, sketched with Origins its firm commitment to education. Discovery Mode: Ancient Greece, from Assassin's Creed Odyssey, delves into that aspect.

The new mode has been released for free for all those who have a copy of the game, although it has also been marketed through Uplay as an independent product. Its premise is based on the idea of ​​offering guided tours through the diverse scenarios of classical Greece. In order not to hinder the development of activities, Ubisoft has eliminated all conflicts and battles, that is, violence and missions.

The classic scenarios become a living museum that the interested party can visit on their own or by the hand of some of the best known historical figures. Can you imagine receiving a history lesson from the hand of Herodotus himself? Or maybe you prefer to discover the ins and outs of Athens with Aspasia de Mileto, great rhetoric teacher and wife of Pericles? Or maybe you opt for a good instruction on Sparta with King Leonidas as a tutor? Actually, you don't have to choose, you can make all the available routes without a clipper.

Once one of the guided tours is selected, a conversation is established between the guide and the character, which generally serves to put into context what we will hear next. As we anticipated, the protagonist moves freely, but there are a number of highlighted places and a route marked with yellow stripes that we are suggested to follow. Each of the points of interest offers us historical information told by a narrator. Anyway, who wants to investigate and deepen more has the opportunity to read all the details in writing. 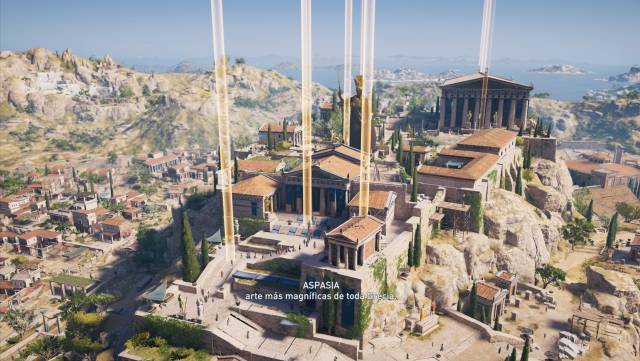 Both the narrated parts and the information extended in text are written in a clear and concise way. Discovery Tour: Ancient Greece has the virtue of capturing the attention of the user, of sowing in the player that idea of ​​discovery that makes us want to unravel the secrets of the classical world, already in itself very evocative and attractive. The photos and images that accompany the writings sometimes let us glimpse what the place once was like and how the ruins have been preserved now. For example, The Door of the Lions, in Mycenae, was already deteriorated at the time of the Peloponnesian War (date on which the action of Assassin's Creed Odyssey takes place).

Not all teaching is concentrated in illustrious buildings and historical events. Assassin's Creed Odyssey divides the different themes into categories: daily life, politics and philosophy, art religion and myths, battles and wars and famous cities. The video game facilitates access to information thanks to a menu in which everything is well organized. You can review the texts and read the documents at any time.

History, however, must be placed in context. Ubisoft has worked in a chronological line that marks the Greek development from its beginnings in the Bronze Age (3000-1100 BC) until the period of the Peloponnesian War (431-404 BC). Indeed, thousands of years go a long way. No culture is built overnight. Different peoples make up the cultural identity of all civilization, but it is a process that is constituted over the years, in which very different layers overlap each other, without necessarily implying the abrupt end of a previous reality. . Traveling back in time and investigating a culture that has survived the centuries and that clings to today's society is a fascinating road. 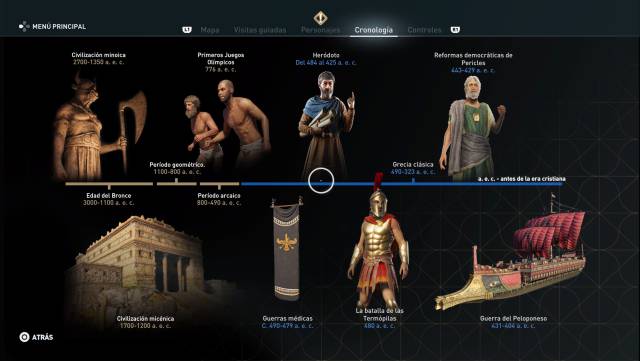 Its foundations as an educational instrument

As an educational tool it is an excellent option, although obviously, it does not replace either the teacher or the research books. All in all, Assassin's Creed Odyssey uses his condition as video games to teach while having fun. It has fun components that invite us to continue exploring. For example, outside the guided routes, we have the option of moving around the world in the search for other optional points of interest, which of course, add up to our global statistics. These places are marked in blue and provide very juicy information about cultural aspects or the daily life of Greece.

Another gamification technique used in Discovery Tour: Ancient Greece are the questions that the guides ask you when the guided tour concludes. They are not designed so that the user feels that he has failed if the response fails, but that Ubisoft has preferred that whatever option the user chooses, always obtain a small pill of information. If you have kept the attention you will not have too many problems in selecting the correct words. 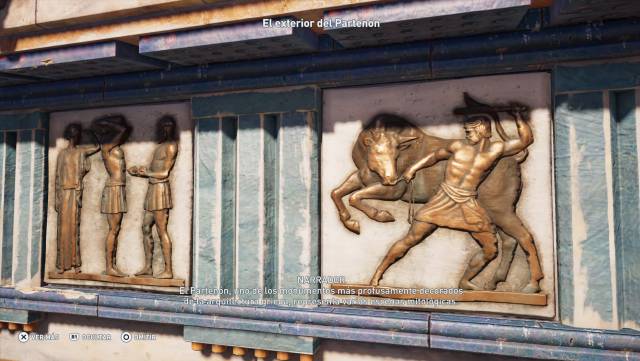 An element present in other games of the saga

Although the last two Assassin's Creed have been the first to implement this game mode, which has already been used for academic purposes (although the resistance of using video games as an educational tool remains a barrier), the company has always included small informative documents on historical facts. The problem is that since games have always mixed reality and fiction, it has not always been easy to separate the historical from the imagined.

A sign that Ubisoft has an eye on the educational and cultural field is found in a recent example. The process of making Assasin's Creed Unity was unique, in the sense that the team recreated the Notre-Dame Cathedral by heart. When the fire devoured its historic walls, it was about to reduce to ashes one of the great heritage of humanity. On the occasion of Heritage Day, Ubisoft has presented a guided tour of the cathedral. The fact of the hand of virtual reality technology, as we have published in FreeGameTips, and indicates that it is only "the beginning." 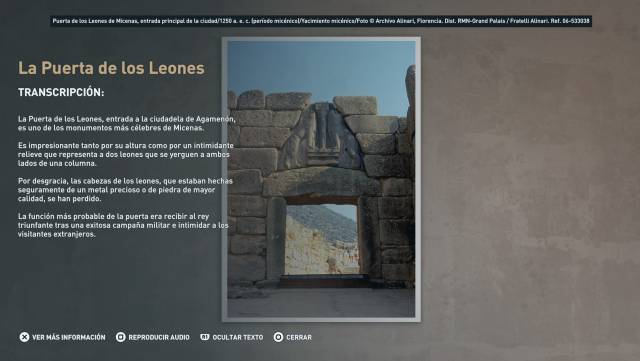 Assassin's Creed Odyssey is available on PS4, Xbox One and PC. The game went on sale in October 2018, but since then it has not stopped adding new content, both free and paid. In addition to two new story arcs, which are part of the season pass, Ubisoft has published a story creation mode and the aforementioned Discovery Mode: Ancient Greece.