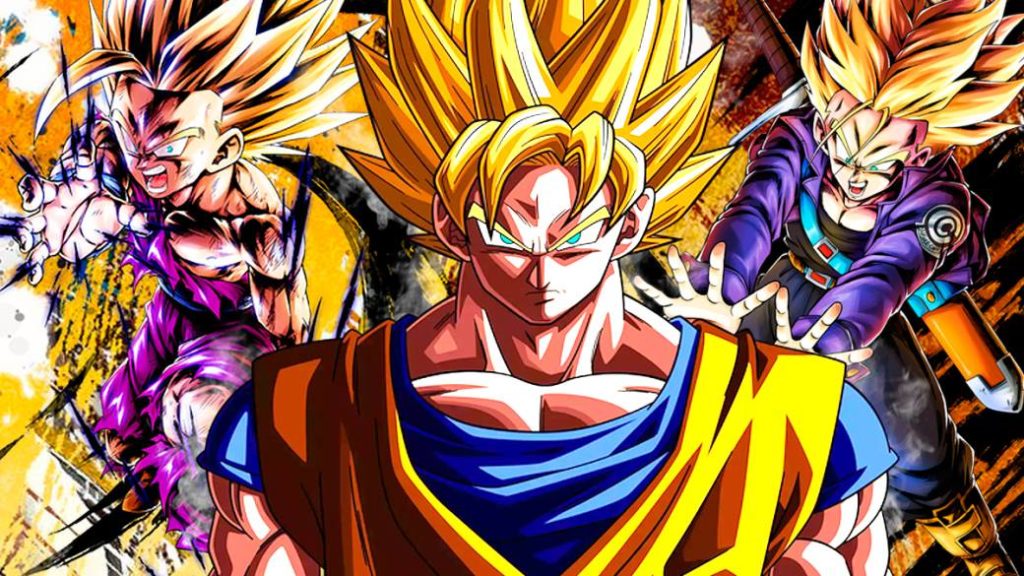 Goku, Vegeta, Son Gohan … the eternal creations of Akira Toriyama have enjoyed a great presence in the world of videogames.

Making a top of best Dragon Ball video games is not easy. First, because the fanservice component changes everything and allows many of us to end up extolling one game over another for different reasons that are not always linked to the quality of the game (and if not, to tell it to Final Bout). But it is true that after more than 30 years of video games, with the 'boom' of the Butoden in the nineties, the resurgence of the series with Budokai and Tenkaichi in the early 2000s and the good health of these last times with Xenoverse and FighterZ , there is a fork of 10-12 games that are among the best. The order, yes, always ends up going to the taste of the consumer. Before starting, mention that because they are games with particular characteristics of their environment, we have omitted mobile titles from the saga and have focused on consoles. That said, our order of the 10 best Dragon Ball video games is this.

We open the top with one of the games that several members of the newsroom have among our favorites. A title created by the producer of Capcom who wanted to bring the fighting model of Dragon Ball to Street Fighter. And the result was not bad at all. On the contrary, a very competent one-on-one game came out, with the option of making combos that was not usual in the saga and a curious template, although not very extensive, among which Chi-Chí was controllable for the first time. Its great virtue was in the gameplay and not so much in the ways and options. It is not one of the best sellers or the most acclaimed, but if you like fighting games and Dragon Ball, it is well worth it. 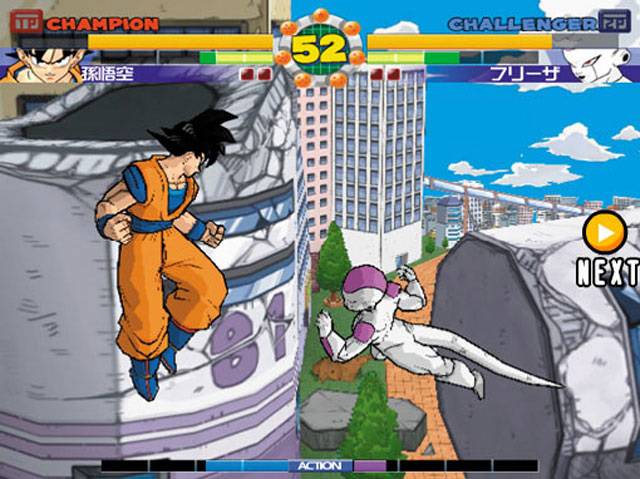 To say that GBA is surely the platform that more and better Dragon Ball games have received is not to be wrong. The little girl from Nintendo managed to host several important names, and one of them is Legacy of Goku 2, an Action RPG in which we had many missions to perform, leveling, learning techniques and everything while we were reviewing some of the best events of the series, in addition to presenting totally original moments that were very well fitted. A fun title, more varied and solid than the first part and a good example of which adventure and Dragon Ball can fit with good eye. 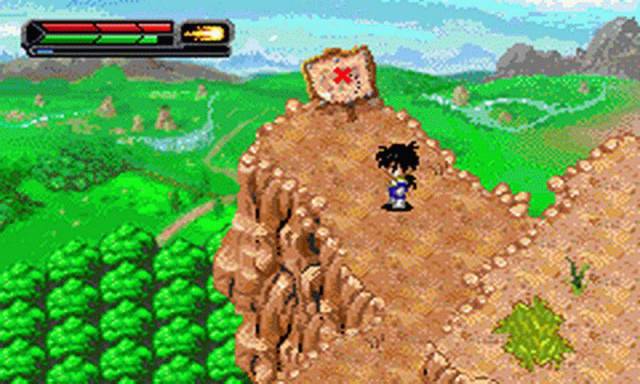 Hyper Dimension is often a little forgotten because it was published in the final era of Super Nintendo, with other games in the series that already appeared in more powerful consoles. But it is possibly the most solid 2D fight of the series' 90s. A title that at the visual level was a chaladura, with animations and sprites from another planet, and that had a combat system closer to Street Fighter than to Butoden. That took him spectacularly in the final attacks but gave him a lot of dynamism and a more precise combat system: combos, well-calibrated hitboxes and impressive meteo attacks. The template was scarce, but very well adjusted and the Japanese version had history mode omitted in the Spanish. A title that showed that playability and Dragon Ball could go hand in hand. 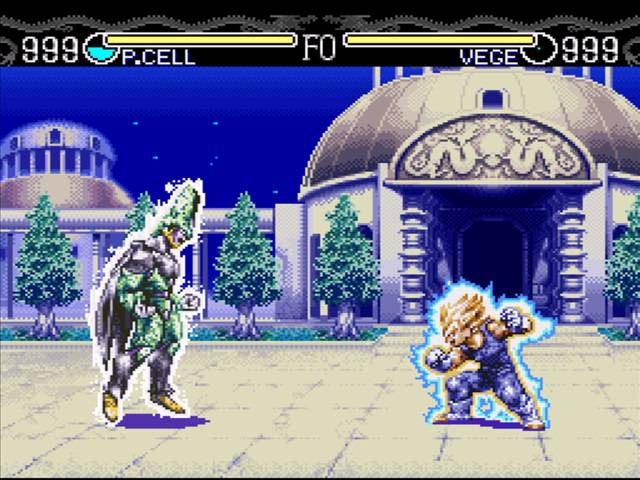 Although it may seem that Shin Budokai of PSP is a minor game, as a port inferior to the experience of Budokai 3, we are not few who defend it with enormous reasons as one of the great Dragon Ball of always. And it is because in addition to having the Budokai 3 combat system, it eliminates the Dragon Rush that so few liked to be a random system in a key mechanic, and it was a very dynamic game, with a very complete template and the best : a story mode full of content and moments. In addition to living that in portable mode … Essential. 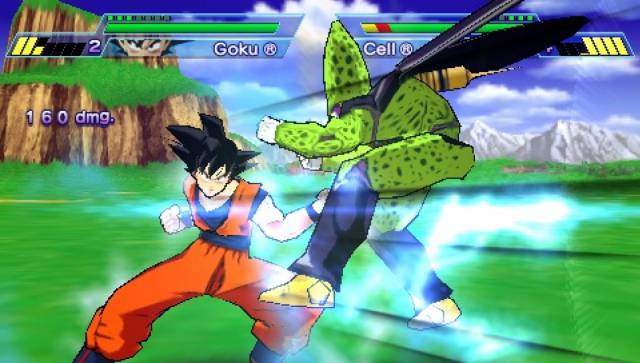 The Xenoverse series may like it a lot or a little depending on each fan, but if we cannot deny something, it is that the current state of Xenoverse 2 is that of a huge game in both content and options. The title has grown since its departure, and we do not say it for the payment DLCs, which also, but for the improvement of options, new modes and events that have been added. RPG progression system, cooperative fighting, a good squad, character creation and a well balanced combat system. All this having fixed connection problems and invitations. Xenoverse 2 is today much better game than when it came out, and one of the most complete Dragon Ball experiences we can find. 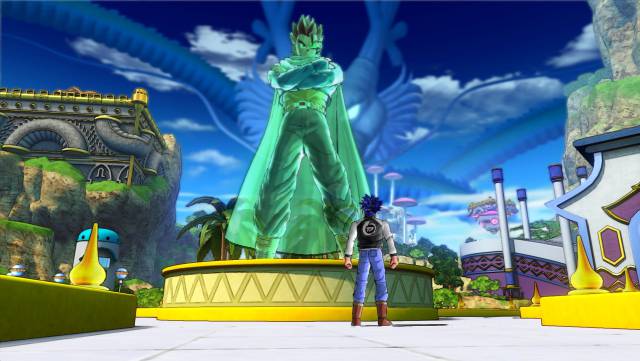 One of the great unknown surprises of Dragon Ball. Incomprehensibly, Ultimate Butoden never left Japan being a great title of the series on a console sold to outlets worldwide. The title presents a format of big-headed but very well recreated characters, with extreme fidelity in stories and events that we could unlock for hours and a very complete combat system. Close to fighting 1v1, with a fun and demanding and highly polished system of cons. If you have a choice, go deeper into it because it is a really competent game at all possible levels and a great pity that it did not reach Europe.

Surely the biggest complaint we have in Europe is that there are no more and better games of the first stage of Dragon Ball. This has a lot to do with the drift of the fight that the series has always taken and with the fact that in the United States, when Dragon Ball really exploded it was with Z. But this does not mean that Gameboy Advance left us a wonder in shape of beat'em up – genre by the way treated in the best way on the platform – in which we relive the adventures of little Goku, from his first encounter with Bulma to end Piccolo Daimaoh. The sprites, animations, development and the great mythical battles of the saga, in addition to being very replayable by having other characters make it a jewel that evokes the best of small Goku in virtual format. 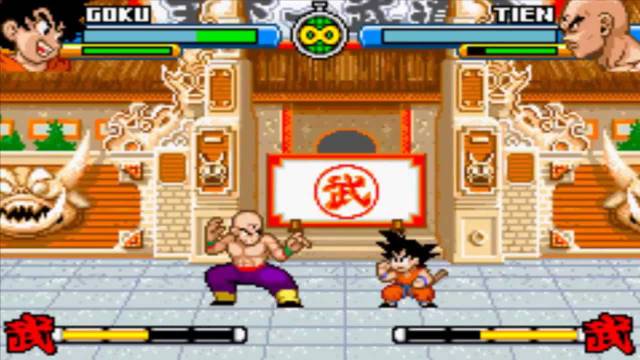 For many, the definitive Dragon Ball. Rather, the ultimate Dragon Ball simulator. As in a video top we put it first a few years ago, today we put it behind Budokai 3. Anyway, we are facing the total gathering of characters in the series, with a complete combat system, full of options and combos and a spectacular house brand. Surely the story mode of 2 was better, but this is not far behind and the endless modes, customization options and others made it a dream come true. I wish an HD remaster someday. 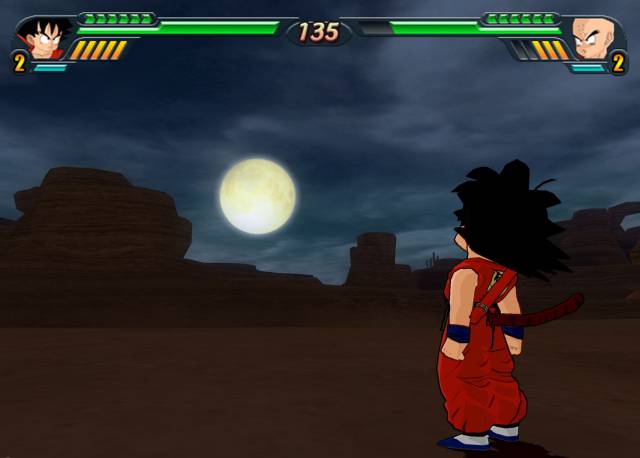 If Tenkaichi 3 is the yin, Budokai 3 is the yan. No matter the order, we all agree: they were the two best games in the series when they came out. In this case, because within the Budokai format it was expanded as much as possible: playably, characters, options … And an almost perfect hybrid mix was created between the simulation of Dragon Ball fighting and a 3D height fighting experience. An audiovisual show full of fanservice that was among all the players of the time. Surely Infinite World refined some playable elements, but the one that made the difference and remains in our retina is Budokai 3. 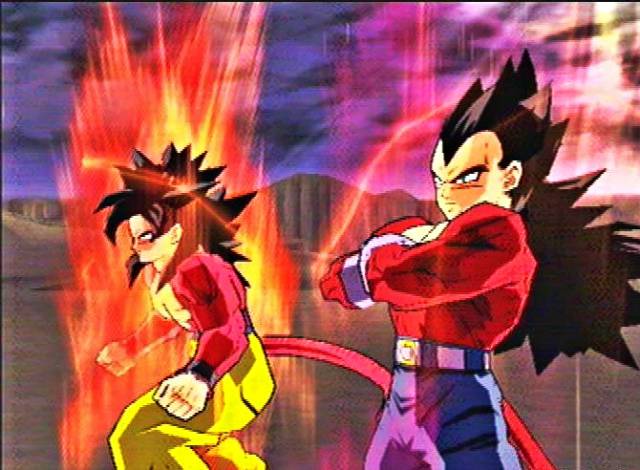 And we arrived at Dragon Ball FighterZ, released in January 2018 and that remains from now And until new order as the best Goku game. We have chosen it in the first place for several reasons on the two fronts that always stand out in a game about Toriyama's work: fidelity to the work and gameplay. In the first case, the title is simply sickly, with recreation of blows and movements taken from the anime, with scenarios, characters and scenes that move us to the closest we have ever had the series. On the other hand, we could never have imagined that Goku would reign in the biggest competitive fighting game event: the EVO. It was the game with the most entries in the year of its premiere, demonstrating that its accessible but deep gameplay was a success. New routes, combos and synergies are still being found today. To combine as never before the Dragon Ball concept and the video game concept in the best possible way, FighterZ is today the best video game starring Goku.

It was the great bombing of Super Nintendo. If the 1 became a phenomenon, this is the one that elevated the altars to the Butoden saga with a more agile combat system, mythical characters in the squad and a fun story mode with different routes according to the dialogues and characters used. A classic within the Dragon Ball world.

While some like Shin Butoden took the name without deserving it, the reality is that the best game of the PSX era and Saturn of Dragon Ball was The Legend, a title that already began to flirt with the 3D and that allowed us to enjoy group fighting , something new and a surprising change of perspective and that, with its limitations, worked very well. It is worth rediscovering it.

In 2004, it was released for Gameboy Advance Supersonic Warriors, a game that worked very well thanks to the perfect 2D mix with a combat style that simulated very well what Dragon Ball was. It had several paths of diverse stories and a combat system that was very faithful to the characters available.