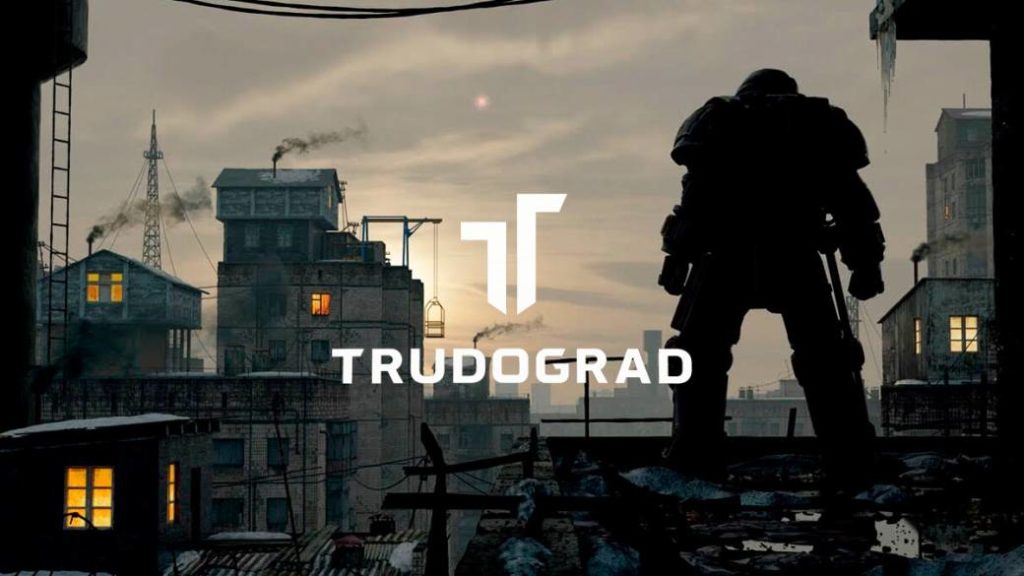 We tested the continuation of Atom, a game with a lot of good for fans of the genre in its most classic essence

Atom RPG launched almost 2 years ago on Steam. Its careful post-apocalyptic atmosphere inspired by the classics managed to attract the attention of many players. Its expansion / second part recently landed on the platform under the name ATOM RPG: Trudograd, a title that follows the facts of the original, but which in turn works as a standalone. Old soldiers and new recruits are invited to tour the city of Trudograd and its surroundings. We tell you what we have experienced in the game during its early access phase.

The nuclear war of the USSR against the western bloc transformed the planet into a practically uninhabitable place. More than 20 years have passed since then, but rebuilding civilization will still take decades. The ATOM organization specialized in collecting artifacts and aiding civilians from the wasteland, but now faces the greatest challenge in its history: avoiding the impact of a meteorite with an old weapon that a scientist planned. His trail will lead us to Trudograd, a great city where thugs and the ruling class will not make our investigation easy. 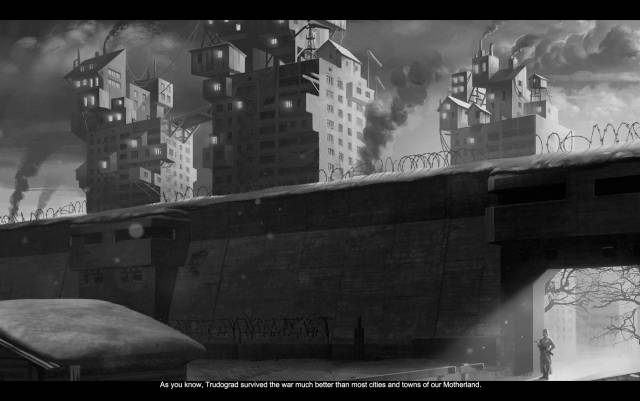 ATOM RPG: Trudograd allows you to import your character from the original game to preserve the level and all its advantages. Predefined characters and creation from scratch are always available, our favorite option. After completing this step, we appeared resting on a bonfire under a blanket of stars. Suddenly, a mysterious man materialized breaking the calm of the night. He sits beside us, in silence. After an awkward time without saying a word, we are intrigued by a battery of questions about the past of the region. All of them are related to the decisions of the previous game, and is nothing more than a system to save past resolutions in order to face the present.

Finally, we woke up in a hotel. It had all been a nightmare. We left the room and asked the tenants about our inquiries. Unfortunately, they don’t know much about it. We take the opportunity to ask them the predefined questions of the game. We give names to many of them, we know remnants of their lives and we managed to extract local rumors from them. Sometimes they force us to use our verbal skills for it. They speak of strange cults, bandits lashing the outskirts of the city, and law enforcement officers who shoot first and ask questions later. Before we left, we became attached to a guy at the bar, with whom we had an intimate moment after hours of chatting and flirting. Temptations that are made available to us from Atom RPG. 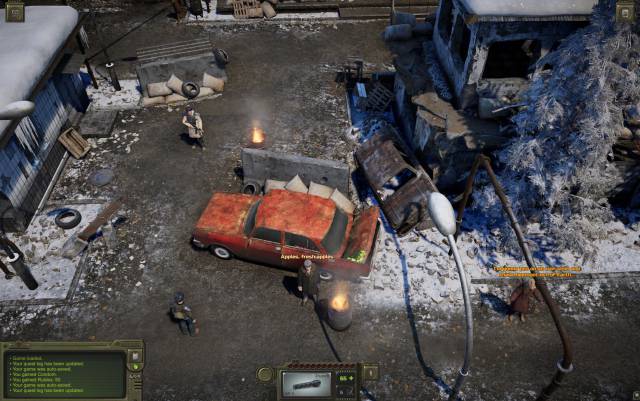 On the outskirts of the city, a large market displays provisions of all kinds so that we do not lack anything. Filling our backpack with weapons is fine, but we can’t forget about food, since an empty stomach prevents us from resting and slowly subtracting PV. In every corner of the villa there are resources to exchange, but rubles are also welcome. Blessed locksmith skills. The citizens keep very interesting things in the cupboards. Many of them perfect for crafting and upgrading weapons.

We were surprised by the number of NPCs at the entrance to the city. Many offered us missions after launching the usual game quiz. One of the first missions we accepted was that of a guy who had lost his son in an accident where a merchant was involved. We listen to the version of both and then we meet with the man who demanded revenge, who summoned us that same night to execute his murder plan. We slept until nightfall; freezing temperatures woke us up abruptly. Luckily we were wearing warm clothes, otherwise things would have gotten even worse.

Atom RPG: Trudograd presents various alternatives when solving missions. So if we have the right ‘skills’ it will not be necessary to fight. Nor does it morally guide us to the most correct answer. Among the options for dialogue we had to position ourselves on a certain side and start a meeting, or try to reach a peaceful solution. However, we were tempted by what the man who had lost his son offered us: “If you help me kill them, you can keep the loot.” Although the balance in the fight was going to be quite uneven, we went for it all. The meeting begins. 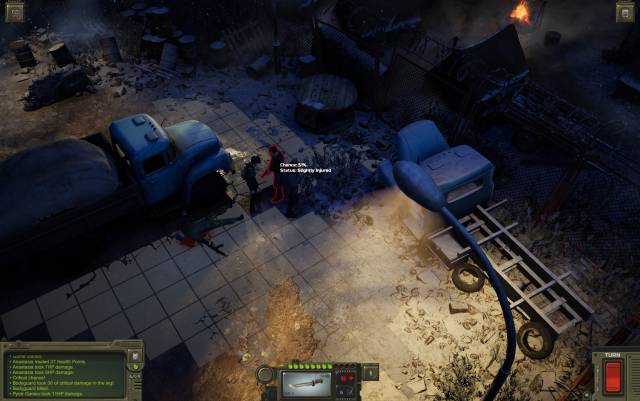 Trudograd retains the same turn-based system with action points. Each weapon spends AP, so the more powerful the fewer shots we can execute. Reloading or unclogging the weapon also spends these points. And in certain more advanced fights there is no room for trial and error. Our character did not have enough level for the firearms in our arsenal and missed many shots, so we switched to a melee weapon. While our NPC shot the bodyguard quite successfully, we hit the merchant hard with a truncheon until he was destabilized. The turns he missed – and the good work of our teammate – were vital to finish him off. Mission complete. The man quenched his thirst for revenge and we got juicy weapons, and according to our abilities.

Once inside the city, great buildings rose before our eyes. Beneath them, citizens came and went through the streets. The imposing buildings mixed with the ruins of another time. There we were able to collect more clues of our target and we also accumulated another batch of side missions. 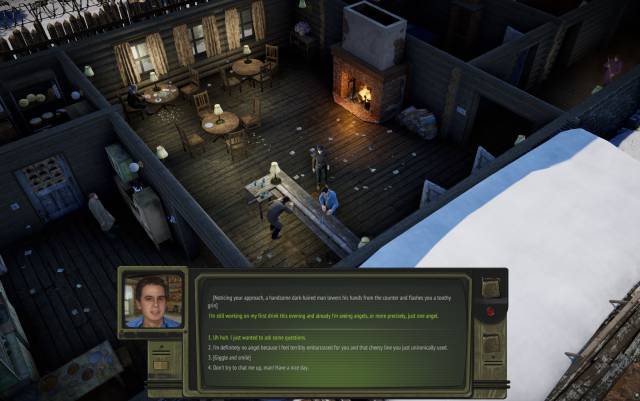 A city by districts

A drastic change that Atom RPG: Trudograd adds is the elimination of the open world. Now we make quick trips to the different areas of the city and its surroundings. But that journey can be interrupted by the enemy, that is, we are not going to get rid of random encounters. As always, if you do not want to spend ammunition with small rivals, you advance to the starting squares and continue the journey.

At a graphic level, slight changes are observed, they are more polished and that makes the setting within the city more attractive. We constantly rotated the camera 180º so as not to miss any detail of the large city. On the HUB, we note that it has undergone minor changes; its elements had been updated to a more elegant design, others were also reduced and eliminated to avoid overloading.

The hours spent during early access show that the Atom Team is taking it more and more seriously and is ready to launch a solid game that opens a gap within the CRPG. We will be looking forward to your next steps.