You are here: Home / News / Bakugan: Champions of Vestroia, RPG and strategy with giant monsters 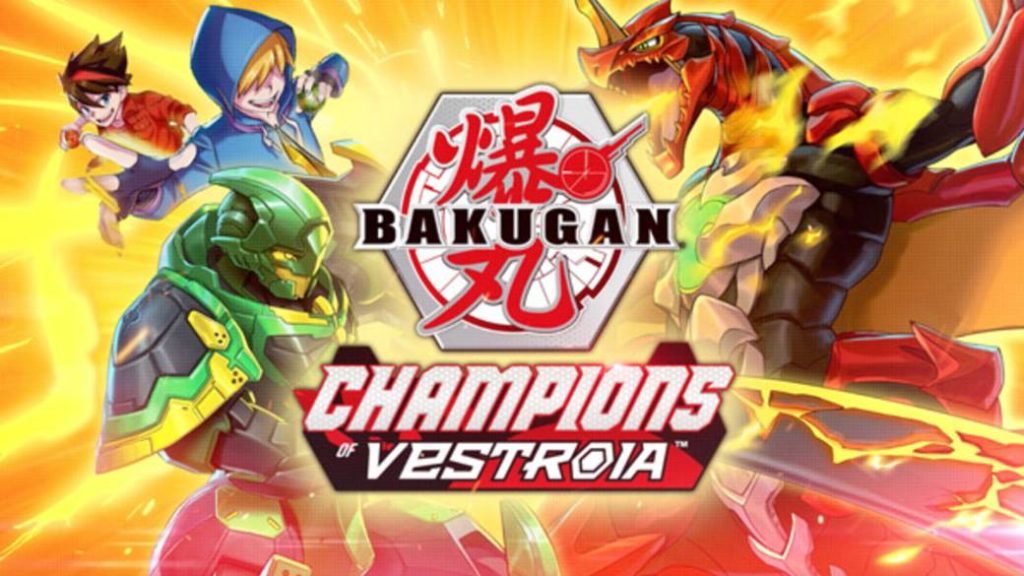 WayForward, creators of Shantae, presents its new exclusive title for Nintendo Switch: all the details.

Captain Tsubasa, Dragon Ball, Fairy Tail, One Piece … there are many manganimes that have adapted to video games over the years. The Bakugan saga, however, has not been overly prolific in this medium to date. There was an online title for Adobe Flash and another handful of projects launched on platforms such as PlayStation 2, PlayStation 3, Wii or Nintendo DS. Now, the saga returns with Bakugan: Champions of Vestroia, an exclusive title for Nintendo Switch developed by WayForward and published by Warner Bros. Interactive Entertainment. In a digital event attended by FreeGameTips, the study recalled that no video game of this license has been released for more than 10 years.

WayForward is a studio known mainly for the Shantae saga titles, but beyond that, they have also commissioned Contra 4, Silent Hill: Book of Memories, Duck Tales Remastered, Nightmares: The Game, The Mummy Demastered or BloodRayne: Betrayal, among many others. On this occasion, return to anime aesthetics with a colorful game in which we can explore the city, help citizens, find treasures, fight and participate in a great tournament to raise the laurels of victory. 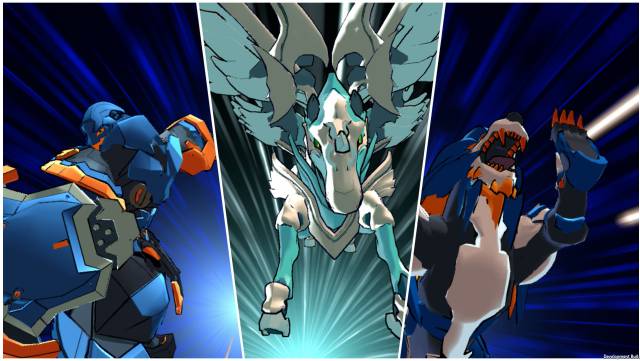 It is not a spin-off, but a core product of the license

The Bakugan card game was a phenomenon in several countries around the world, while the animated series has not stopped airing and will premiere new seasons in the future. As revealed by the development team, Bakugan: Champions of Vestroia has been conceived as a core product within the series, not a mere spin-off.

It is an action role-playing game that does not directly follow the story of the television series. Instead, the developers have chosen to narrate a new storyline that complements and expands the audiovisual product. This adventure puts us in the shoes of a character who will soon make friends with his partner Bakugan. From then on, players will have the opportunity to team up, customize and equip the Bakugan, as well as map out the strategies that will enable them to succeed on the journey to become the Champion of Vestroia. 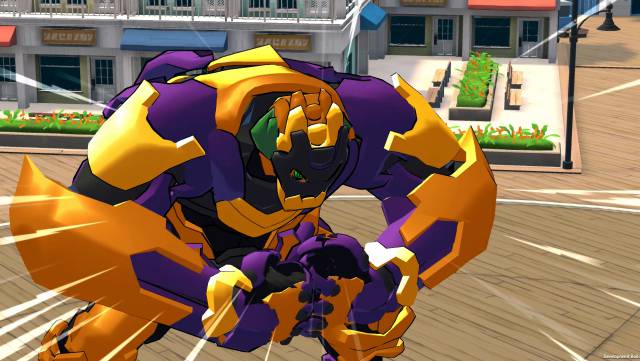 “We look a lot at the new animation series and the TCG game,” explains Kenny Ilko, executive producer of the video game. We wanted to make sure we created something that uniquely fused ”both products,“ something that all fans could understand ”. Even so, they were also clear that they had to design an accessible product that would help players of all kinds to be attracted by the proposal ”. They chose Nintendo Switch, so they have adapted the gameplay to both portable and television gaming.

They considered how to differentiate Bakugan from other role-playing games, but at the same time, they needed him not to lose the essence of the saga. “First we focused our attention on creating a strategic system that was unique.” This is a turn-based battle system, but with some peculiarities. During the question and answer session, a journalist asked about the main differences between this title and the Pokémon saga. To begin with, in Bakugan the protagonist has a very close relationship with creatures, something that has also been seen in Pokémon. However, according to Rick Ernst, scale is another of the main differences. He has compared it to Godzilla Since all Bakugan are gigantic, we do not directly control the beasts, but we control the human characters while the Bakugan engage in combat. 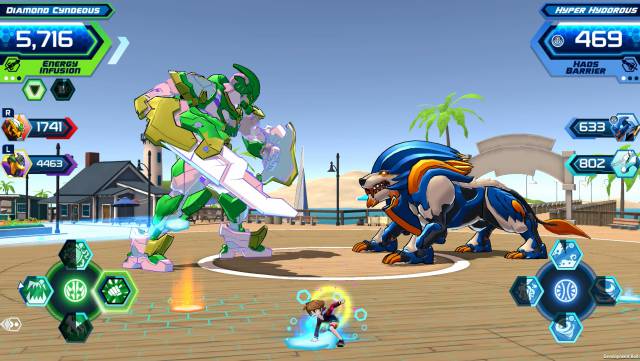 Obviously, there are points in common with the games of The Pokémon Company. The concept of gathering specimens of different creatures is here. In total there are 81 monsters available, but during battles we can choose a group of up to three allies. They are divided into factions, which are represented with their corresponding color and which are stronger or weaker depending on the faction of the opposing Bakugan. It is, so to speak, the type, which also gives access to different skills. Powers can be assigned in advance in the menu, which allows you to place up to four abilities per Bakugan.

In the plot, fans of the saga will happily welcome well-known characters, but WayFoward has chosen to build a new story, parallel to that of the television series. In that sense, there are many new characters. The idea is for the player to create their own protagonist, a customizable main character whose hair and clothes can be changed. In fact, fashion stores allow you to buy new shirts, pants and shoes that are immediately reflected in the protagonist. The narrative separates into two paths “that may come together”, according to the developers: the first, that of a boy who meets his first Bakugan and who travels with the aim of participating and winning in the tournament; the second, a more sinister matter that will pose a threat to everyone, although they have not revealed anything more about it. 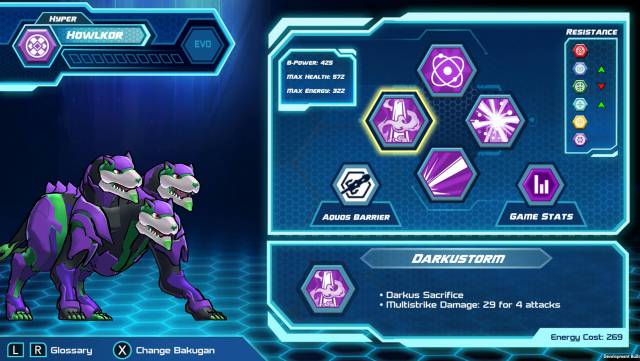 The studio has thought a lot about the fans of the saga, but also those who enter Bakugan for the first time in their lives. WayForward highlights that players who want to delve into the strategic system will be able to do so and feel a rewarding sensation mastering it. On the other hand, those who prefer to go sideways will also be able to complete the game without major problems.

Before we have referred to the possibility of helping citizens. The team considers the side missions to be “a lot of fun”, although there will be other tasks that we can perform as we explore the different districts of the city. For example, there will be hidden treasures and combat clubs. In addition, an online mode has been implemented, which will give us the opportunity to fight against players from all over the world. Of course, there is no kind of local multiplayer mode. There will be no global statistics either, but there will be a competitive rank visible to the rest of the players. On the other hand, WayForward has been clear about microtransactions: there are none, all operations with money are done with the currency of the game, which can only be obtained during the game. 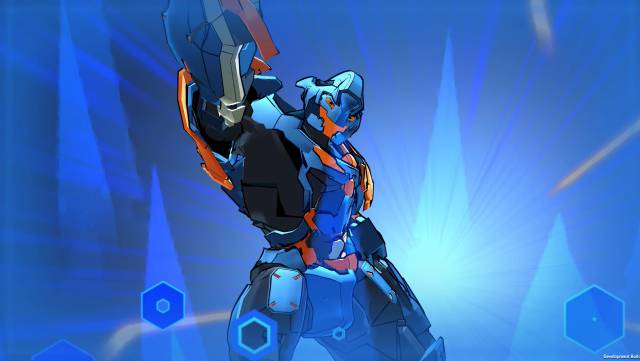 Bakugan: Champions of Vestroia will go on sale next November 3 on Nintendo Switch, both in digital format and in a limited physical format edition. However, European users will have to wait a few more days. In the presentation they have commented that it will arrive between September 4 and 6. The Deluxe Edition in physical format will include the game, an exclusive figure of Dragonoid, two cards from this same Bakugan (one normal and one metal), as well as two Power Cores.