You are here: Home / News / Call of Duty: Black Ops Cold War, Alpha impressions. The classic side is back 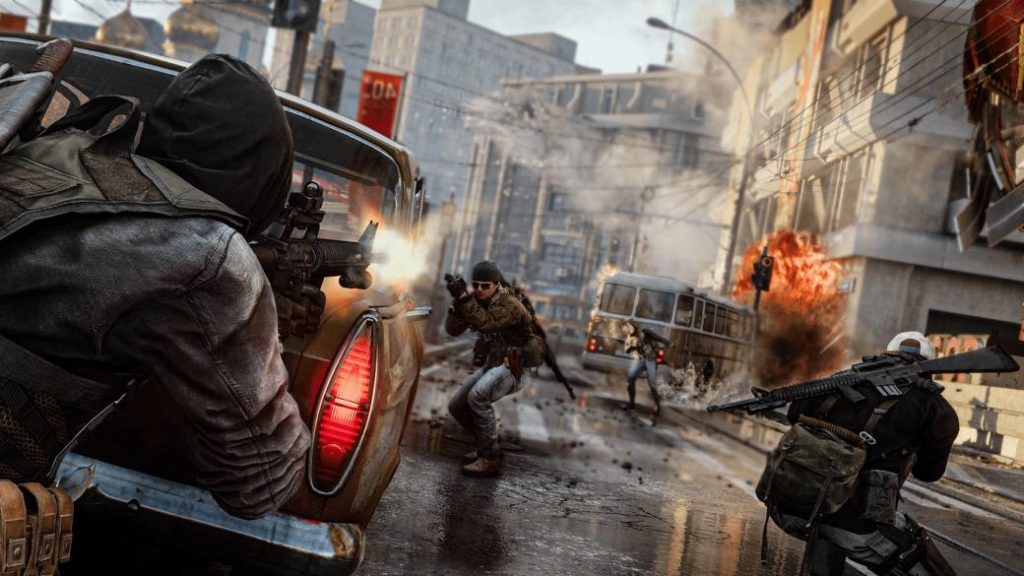 The first contact with the multiplayer of Call of Duty: Black Ops Cold War has been positive. We tell you what elements vary in the formula.

Call of Duty: Black Ops Cold War has already passed the public user test for the first time. The Alpha, available for a limited time on PS4, has allowed us to see how Treyarch’s new job feels. He agrees with his statements during the reveal: Cold War feels closer to the classic installment than Modern Warfare 2019 was.

Some changes are bold and require modifications; others, successful. Black Ops Cold War sits on the line between classic and modern Call of Duty pack. Forget any tactical component: the adrenaline rush is back. 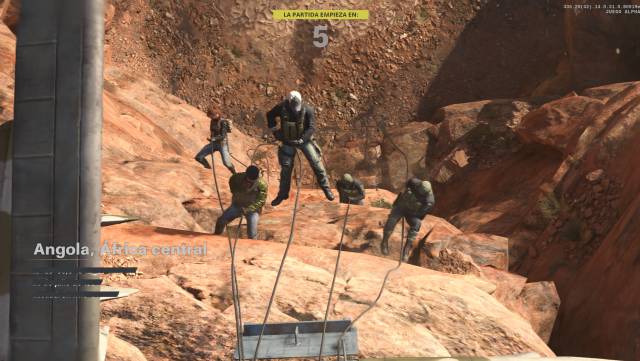 The change in elevation between the two deliveries is noticeable. Black Ops Cold War is a game that from the first moment invites you to be fast, agile, not to have to stop moving around the map. Control is the first change on the long list of Americans. Characters have greater movement capabilities, from those who initiate combat to those who serve as an escape route.

The new sprint fits perfectly into what Treyarch wants to propose. When you press the button, we will get a small speed bonus during the initial seconds of the race. There is no place for brisk walking, but everyone from the start will have an unlimited run. This allows just what we said before: not stop moving. Running, sliding, jumping, running again, sliding… the chain of mobility is linked between actions with complete naturalness. 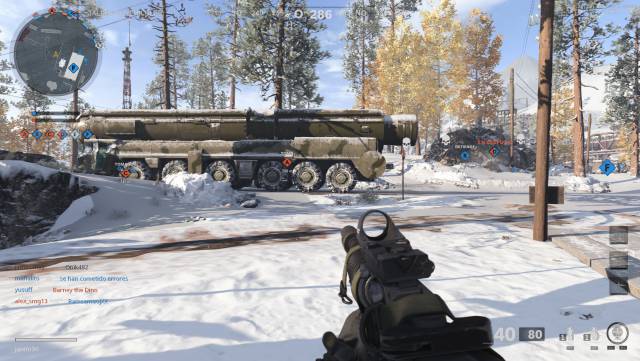 This precedent responds to the inclusion of Ninja as a third equippable advantage. Guiding yourself by sound is less important compared to what is proposed by Infinity Ward. Neither the footsteps sound so strong nor the location of the shots is so relevant. This is not to say that it becomes a trivial aspect; Nothing is further from reality. But it is true that efforts to create that kind of under-hoof experience have been lost. We must also take into account the return of the original minimap, with its red pointers for non-silenced shots and so on, thus losing the organic information we receive.

At that level of movements to which we referred earlier, it is enhanced by the extensive class system. Wildcards are pretty much in Treyarch’s DNA, and Black Ops Cold War wouldn’t miss out on incorporating them. These allow us to have double the advantages, place accessories in all the holes of the weapon, double the number of thrown weapons, among others. Imagine a class with double benefits – more playable options and tools. 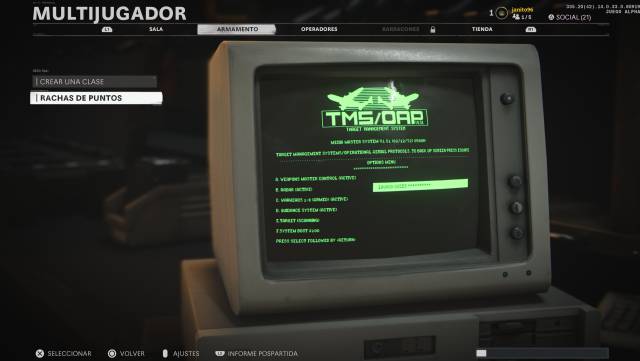 As a single system it doesn’t affect that much. The problem is that it gets feedback from the new formula for losing streaks. By accumulating and not losing them when you die, you have the opportunity to manage to roll the three selected in almost every game. A player cannot abuse a UAV because of the refresh rate it takes to reload it, but the way it has been plotted makes its presence more common in practice.

With the current formula, both rookies and veterans will take advantage. Some for being able to reach the second streak without requiring too much, and others for reaching the last before the end of a game. Perhaps an increase in the requirements to achieve the high level can balance the fight. The idea is great on paper, you just need to find the balance. 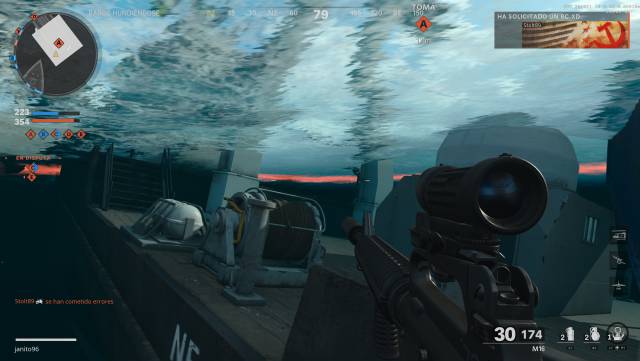 Nor does it seem ideal to be able to see the health bars of the enemies. They provide too much information. If we know what damage we have done to a target, we can decide if the next move is attack or defense. Fewer risks are taken. Although it can be disabled, it is useless if other players can continue to see it. Of course, a success to raise the time by death. Superior to Modern Warfare and slightly inferior to Black Ops 4.

Maps, round the three lines

The best feel for the Alpha has come from the design of the competitive maps. Miami, Moscow and Satellite manage to create the 6 vs 6 experience we were missing lately. They are designed to have each team strive to dominate all three home brand lines. Especially Moscow stands out, a Call of Duty map like those of yesteryear. 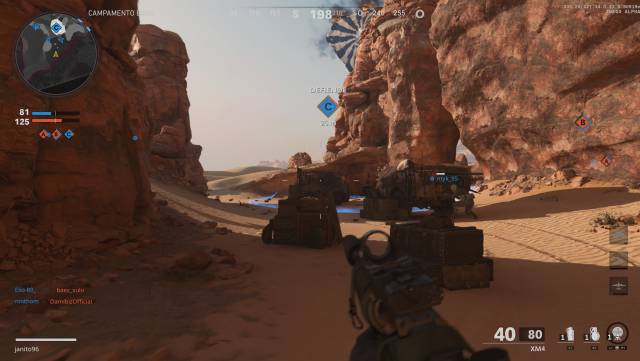 The surprise comes from the fact that the spawn points actually rotate through the free zones. Only in Satellite have we found people who set out on purpose to kill newcomers. We find in him that in modes like domination, regeneration takes place too close to the desert. The dunes is a long corridor with the only parapet of natural sand mounds.

However, Miami works perfectly. You can dominate flag B without actually being in it. It has several key points around which the whole game revolves, such as the bar or the hotel terrace. Something similar happens in Moscow, except that it gives rise to several strategies. If a team takes cover in the center, you can coordinate with your team to take A and C, which curtails the regeneration of the opponent at the ends. Very good. 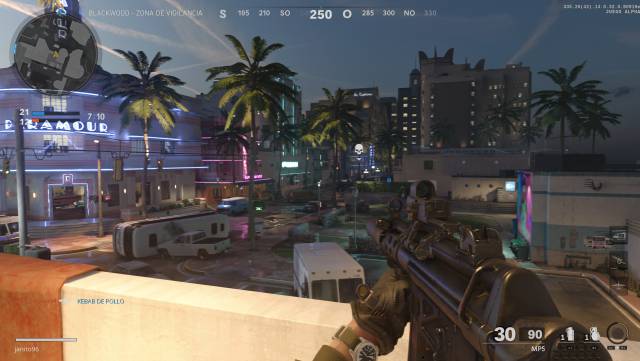 On the other hand, it is worth noting the return of the gunsmith, which allows access to a catalog of weapons that gives a lot of play to the development of your own builds. Due to the historical context, the modifications do not go so far as to reinvent the nature of certain weapons. The system is extended through an assortment of new accessories. The incorporation of statistics in the attributes it modifies is appreciated.

The first contact with Call of Duty: Black Ops Cold War is good. We find a delivery that is controlled wonderfully, that returns to games full of adrenaline, with the fluidity and speed that it is expected. The maps, designed with the competitive in mind, stand out: three lines to master.

Of course, there are certain elements that require some modification. The requirements for kill streaks should increase as they are very easy to access. It is not so rewarding to play well, but practically your entire squad can reach minimum level 2, which can give you access to an attack helicopter. In any case, it aims to be a game that can coexist perfectly with those who like a more leisurely experience, like the one seen in the last Modern Warfare.