You are here: Home / Activision / Call of Duty Warzone, a year after the first jump: the success of Activisión 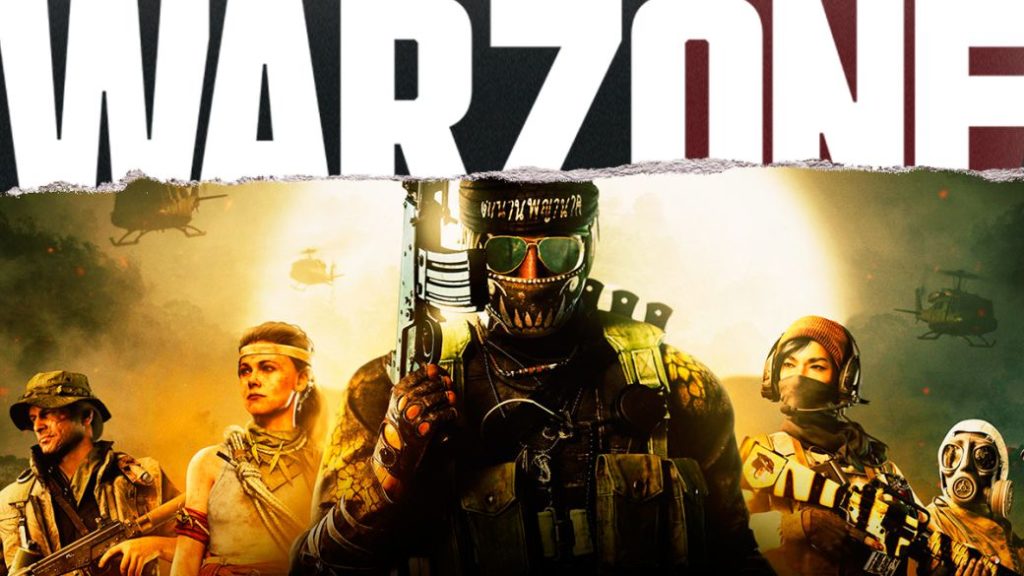 March 10 marked the first anniversary of Call of Duty: Warzone on the market. We review the keys to its success as a pillar of the saga.

Call of Duty: Warzone is celebrating its birthday. The battle royale of the successful Activision brand celebrates its first 12 months in the market, a period of time marked by the numbers of its community and the importance of living with the main delivery on duty. But the title set in Verdansk has become more than a complement to multiplayer: it is one of the pillars that sustain the current ecosystem of the saga.

In this piece we will take a short tour of the key moments that he has gone through throughout these 365 days. 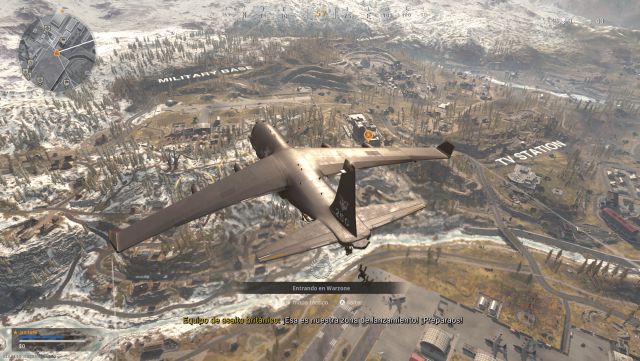 Origin: breaking up with Blackout

Since the launch of Call of Duty: Modern Warfare in late 2019, an extension of his work in the online arena has flown around Infinity Ward. Nor was it surprising that Activision continued to bet on battle royale; Without going any further, Blackout was in the struggle, had its moment and shortly after it deflated. They needed a game that did not convey the feeling of having an expiration date, of being able to look at the long term. That’s where Warzone came in. 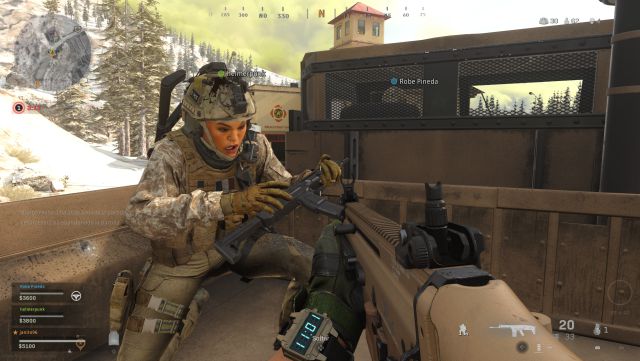 The open secret materialized practically 24 hours after launching. It was real: Call of Duty made the leap to free to play on the main desktop platforms. He did it with an independent title, but at the same time linked to the main delivery. Warzone and Modern Warfare were separate entities that in turn nurtured each other. A synergy that provided one more incentive to players: cross progress. Although the soft reboot of the subsaga was already betting on it, in addition to crossplay on PlayStation, Xbox and PC, to all this was added the possibility that all your progress was transversal. What you progressed in battle royale had real-time impact on Modern Warfare, and vice versa.

Warzone bet on a different way of understanding the concept of genre compared to Blackout. Here we found ourselves with a playable formula based purely on your skill with weaponry, a philosophy that draws from the classic 6vs6. Inventories, accessory parts were dispensed with … Just your armor plates, your pair of throwers, ammunition and the pair of weapons of your choice. No more no less. 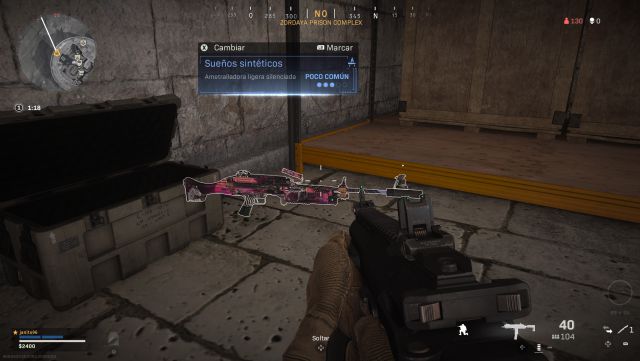 This turned the first steps of the game into a real battlefield with a flavor of Call of Duty. Undoubtedly your knowledge of the environment around you influences, but in no case are procedures added on the elements that influence the gameplay. The loot, the resources that you can discover around the map, was based on a classic rarity system, where common, rare, epic and legendary weapon projects came into play. Picking up a Legendary Project did not give you access to an overpowered rifle, but its value depended on the number of accessories and the equipped skin.

To counteract development being about probability, players were given the opportunity to access the custom classes they had created in the Gunsmith menu. It did not matter that luck left you aside during the opening of chests. You could either order your supplies or wait for the two free waves to spread across the map, both at the end of the first circle and in the run-up to the endings. 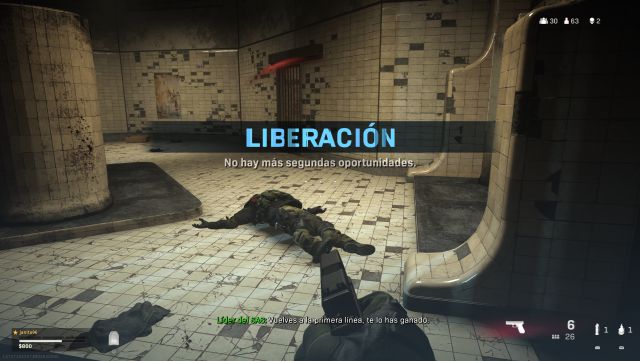 As if the changes were not few, another factor was added: the gulag. Death was not the end. When we fell down, we entered a prison under the rules of Gunfight, one of the star modes of Modern Warfare. Those killed in Verdansk engaged in 1v1 duels with random weaponry. Shotguns, sniper rifles, fists… Anything that did harm was in the equation. If you won, you jumped at a point close to where you first perished. Of course, the second chance is your last return ticket, unless a partner bought your resuscitation.

Sky-high metrics: the constant fight against the cheater

The surprise, added to the number of changes it posed in the genre, was an earthquake in the industry, starting from the broadcast channels. Twitch registered nearly half a million concurrent viewers that March 10, while 6 million players made the jump in the first 24 hours. A success that lasted during the initial week, with more than 15 million registered accounts. 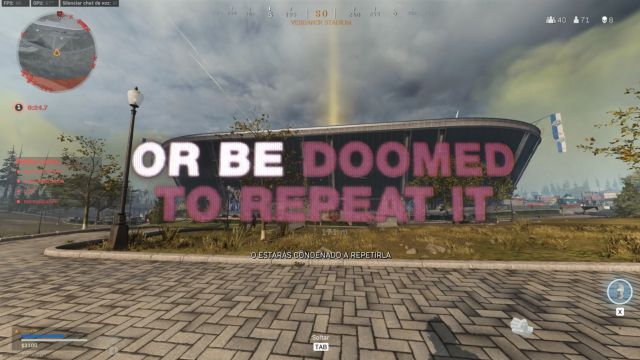 This was the Meet the History event.

Going head-to-head against its direct competitors, Call of Duty: Warzone swept Apex Legends and Fortnite in the same time frame. The Respawn Entertainment game managed to collect 2.5 million users in 24 hours, by the 6 of Infinity Ward. On the other hand, Warzone only had to wait 10 days to achieve the Fortnite goal in 10 weeks: more than 30 million. Almost nothing. As of October last year, it turned out that it was downloaded more than 80 million times.

Given their free space, such popular titles are always susceptible to the arrival of people who try to break the rules by using unauthorized third-party software. In February 2021 we learned that more than 300,000 people had been expelled for this reason. Both Infinity Ward and Raven Software have always been blunt on cheaters.

Content rhythm and the impact of Black Ops Cold War

These 8 seasons that Warzone has been behind him have had several key moments that renewed, in part, the sensations of a static map over time. The opening of the Verdansk stadium was the most popular. The relevance of this event transcended having a new playable area, but we saw the opening of the largest structure that had been on the map so far. Once inside the magnitude is what you expect from a real football stadium. You could jump on the grass, run through the stands, access the underground car park and its levels … It had nothing to envy an Old Trafford or Villamarín. 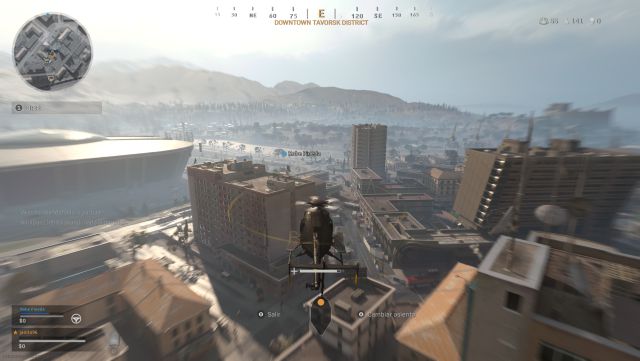 The stadium came hand in hand with a rope elevator system in most high-rise buildings. At first these roofs became a fort that you could only access from the inside. Being able to have an outside route allows new strategies and annoying the defender, who does not want to be surprised. In later seasons we would see the opening of the subway network, which surrounded the entire residential area as an escape route in case of being besieged by road squads. A meter that, although it did not have the expected impact, gave great moments.

With the advent of Call of Duty: Black Ops Cold War, Warzone found itself in something of a new starting point. To the unprecedented system of progress so far was added the introduction of the entire Cold War arsenal. The weapons of the 80s and the modern ones coexisted in a space that pointed to a difficult balance. In fact, there have been few adjustments made since its landing: MAC-10, FFAR1, GRU silencers and more. Beyond the changes, the community asked for a new playable environment; that’s where the Island of Rebirth came into play, a renewed image of Alcatraz Prison seen in previous Call of Duty. Reducing the number of players per game made perfect sense – the map was intended for fast-action games. The pace was noticeably increased.

What does the future tell us?

After having accompanied Modern Warfare during its cycle and doing the same in Black Ops Cold War, this trend makes us think that the battle royale approach will follow the same direction that we said at the beginning of the article: in the long term. Having a strong position on Activision’s roadmap allows you to be part of a plan for years to come, where you are nurtured from the content and contexts that the annual deliveries bring with them.

At this time it is anyone’s guess what awaits him. We are heading towards the halfway point of Season 2 of Cold War, marked in the beginning by the irruption of the Vodianoy ship and the first steps of the zombies by Verdansk. Whatever happens in the end, your future is bright. 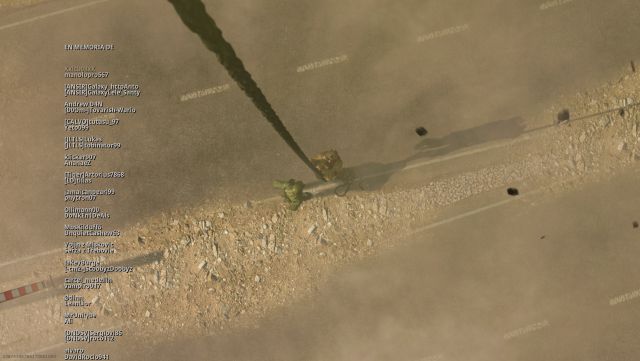