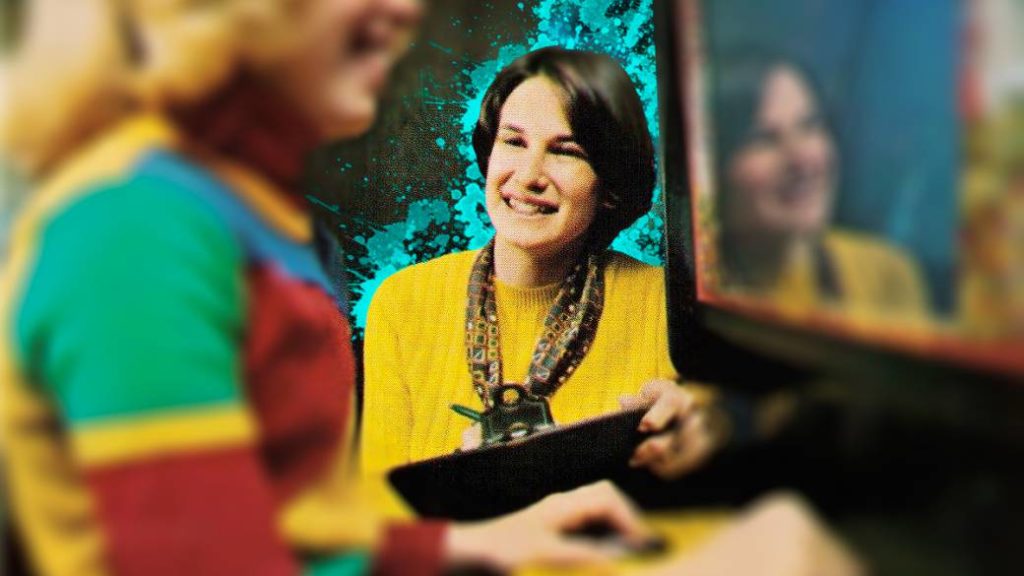 Carol Kantor promoted a new way to analyze and learn about digital leisure.

Atari was one of the companies that wrote the first lines in the history of the video game. Previously, titles such as OXO (Alexander S. Douglas, 1952) and Tennis For Two (William Higginbotham, 1958) opened up digital leisure technology with simple games that recreated, respectively, 3 in a row and table tennis. But it was titles like Computer Space or PONG who reached the general public from the recreation rooms. During the 70s and 80s, Atari was erected as a titan that dominated a new and vibrant industry, which built a new form of revolutionary entertainment and has been growing today. In his first missions, we met ladies who laid the first foundations: Carol Shaw and her board games, Dona Bailey and her colorful centipede, Brenda Romero and her vision beat'em up the role with Dungeons & Dragons: Heroes.

Also, in the history of the video game, research plays a vital role. This is how Brenda Laurel enhanced the interactive facet of the videogame, opted for virtual reality and brought the medium closer to the female audience. As for Atari, his commercial vision would not have been possible without an essential figure: Carol Kantor, the first user researcher in the history of the game. A graduate in business statistics and computer science at the University of Texas, Kantor had started a professional career in market research at Fairchild and The Clorox Company, as well as pursuing a master's degree in management and marketing sciences at the University of Colorado. Occasionally, he had played video games in the recreation rooms – Breakout mentions as one of his favorites – and decided to launch into Atari after seeing that the company had a significant lack: “They had no idea of ​​market research,” Carol said during an interview. for Kotaku. “His studies were to launch games, if money went into the cash register of the recreational itself, is that the game is good and if not, no. They never wondered why.

A bold and productive challenge

Thus, Carol Kantor met Gene Lipkin, vice president of Atari, and proposed a challenge: “I asked him if he could distinguish a good game from one that was not. I bet that in 6 months I could tell you which Atari title would be more successful than the others, based on market research. If I was able to overcome the challenge, I had to hire full time. I got it, and he signed me. ” (Carol Kantor for Women in Gaming: 100 Professionals of Play, by Megan Marie).

The researcher discovered the operation of the video industry from within, as well as the entire process of developing and launching a video game. In 1973, Carol Kantor introduced in Atari the research and development techniques she had learned in her academic and professional life prior to this new sector. In They Create Worlds: The Story Of The People And Companies That Shaped The Video Game Industry (Alexander Smith, 2019), the process that Kantor was following in his initial market studies is told: he went to the recreation rooms and asked the players directly what aspects they liked and disliked about video games in circulation. Later, this information was transferred to the engineers, who used the data collected to polish their titles. At the beginning, as mentioned in the cited book, this method was contemplated with some skepticism, but its effectiveness ended up convincing the company itself. Kantor had a team of researchers under his command, and this allowed him to sophisticated his strategy. The market research department was born in Atari, in the division dedicated to its recreational machines. 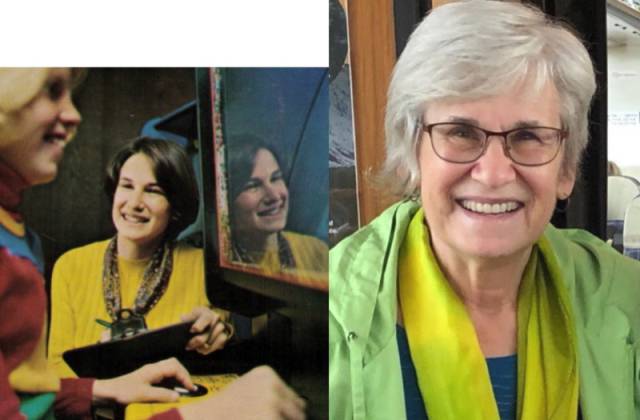 Carol Kantor describes in Women In Gaming: 100 Professionals of Play what was her new job at Atari: “she developed the entire study program, analyzed the results, and worked side by side with the design engineers and the marketing group to improve the product". In addition, the researcher describes her methodology in three tactics: field observations, group sessions and surveys. The first was to introduce a recreational prototype in a bar or an arcade room, and the researchers watched the parishioners play while taking notes on their reactions, level of fun and variations in behavior between one game and another. As for the aforementioned group sessions, these consisted of inviting several players to the Atari offices to test their developing titles first hand and thus collect their impressions. The surveys, which Kantor already practiced in his beginnings in the industry, consisted of going to the recreation rooms to interview the players on the spot. “My favorite part of my studies was when the development engineers came to observe the players in the field of study and checked the results of our observations. They asked the players directly and listened to them. It was very gratifying to see how they later made improvements based on my research, ”says Carol in Women In Gaming: 100 Professionals of Play. On the other hand, one of the details that most caught Kantor's attention was how the players valued the most detailed aspects of the titles for which she asked. “At that time, they were very attentive to details. And the video games of that time were not very prolific in details. ” (Kantor for Kotaku).

Atari was in full growth and Carol Kantor's responsibilities within the company also grew with her. Responsible for coordinating all the fairs, events and materials of the marketing department, she also founded Coin Connection magazine, which became one of the researcher's favorite tasks: “I had to collect information from many sources and synthesize it in a publication that was Attractive to readers. Thanks to this newsletter I learned a lot about writing, design and editing. ” As for the research work of Kantor, he continued with a team strengthened by other professionals such as Mary Fujihara, Linda Adam or Colette Weil, who were involved in the market study that made possible titles such as Missile Command, Centipede and Dragster. His work also transcended the walls of Atari: Weil, based on Kantor's methodology, developed a doctoral thesis entitled A Study Of Two Game Centers and the Profile of Their Patrons (1980), which analyzed the motivations of men and women players in the recreation rooms. 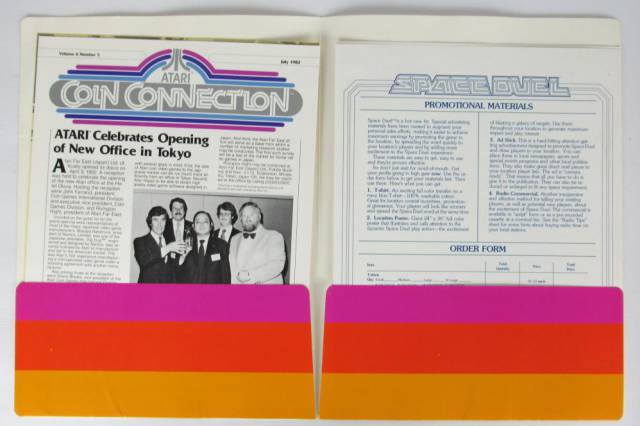 The impact of Carol Kantor, however, is not limited to the design of video games from a commercial perspective. During her stay in Atari, the researcher opened the door to several professional women who found their place in the video game industry thanks to marketing and research. In addition to her team of Colette Weil, Mary Fujihara and Linda Adam, Kantor mentions other women that she describes as “incredible”: Suzanne Elliot, Ruth Evans, Lenore Sayes Funes, Mireille Chevalier, Mariann Layne and Evelyn Seto. “I recently had a meeting with them and we talked about how our career and success continued after Atari. I am very proud to be her friend and to have worked with them. ”

In Atari, Kantor not only built a professional career and marked a milestone in the industry; He found a family, as she defines it. “The first years in Atari were very exciting and satisfying. We felt that we worked together to build an industry, provide fun for the player, and benefits for recreational owners. We worked very hard and gave everything playing. At the beginning, Atari was a big family, and I find it amazing that today my old classmates and I are still friends. ”

The foundations of the current market study

In 1979, Carol Kantor left Atari to embark on her own path and founded the Business Builders company, dedicated to providing promotional services for video game companies and other areas, ranging from merchandising design, logo design — for which she has harvested various awards — up to business strategy management. In addition, Kantor wrote in 1982 the book Promoting Your Game Center, an essay intended for the owners of recreation rooms to help them attract players and create a loyal clientele. 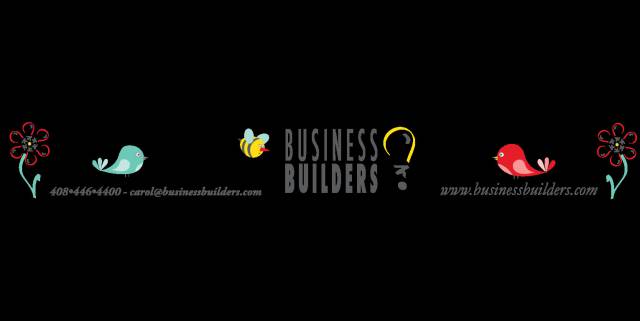 Banner of Business Builders, the company founded by Carol Kantor.

The name of Carol Kantor is perhaps one of the most discreet when it comes to commemorating the history of the video game, although her contribution has been invaluable. Today, market research is an indispensable part of the development of any video game. Games User Research, which recognized in 2014 the work of Kantor and his team, details two of the main pillars of user research and were promoted by Carol Kantor: the game test and academic study. In the first one, the methodology already started in Atari of observation of the player during their game sessions is continued, along with one or several or interviews that seek to identify the motivations of the user and the emotions that a title in him awakens. The current technology also allows the application of biometrics, as well as the implementation of data collection within the game, which collects player statistics such as their decisions, usage patterns, time spent, achievements and more. Likewise, the user's research is maintained at an academic level, where the motivations and behaviors of the player are analyzed to predict their actions within the game and thus improve the interface of a game, the ergonomics of the peripherals and the interactive experience itself.

Carol Kantor mentions in Women in Gaming how proud she is of her mark on the history of the industry and how her discoveries have established the basis of the current market study. “At the time, I was not aware that I was starting something that would end up becoming the video game user market study, but I am very happy to know that today it is a discipline that continues to thrive and grow to discover new methods for apply the results of the study to the development of video games. The industry has been standing for more than 45 years, and follows the same rules that make a game good: the philosophy of filosofía easy to learn, hard to master ’remains. Now it is different, because technology has opened up more opportunities for growth, expansion and change. ” Thanks to a bold challenge and a mind that was not afraid to open borders, the current video game design contemplates the player as a relevant recipient when creating titles that connect with us on many levels. 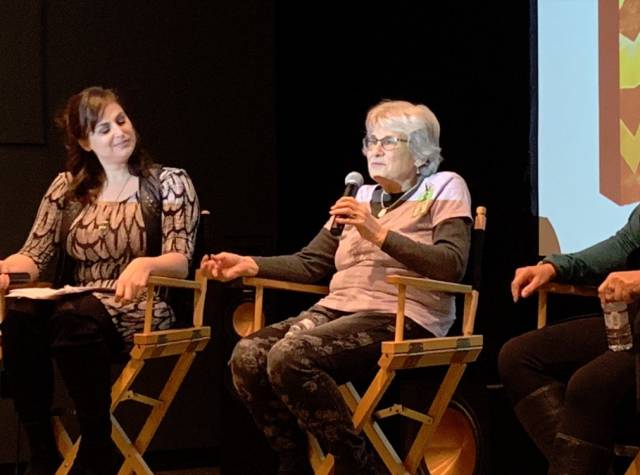 Carol Kantor during the presentation of Women in Gaming: 100 Professionals of Play