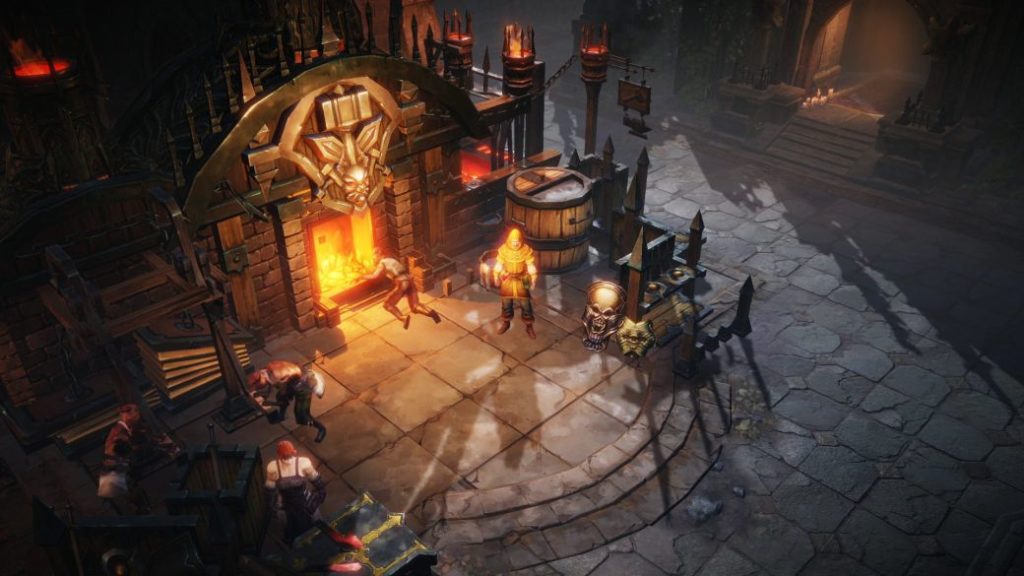 Free-to-play delivery for mobile devices reappeared during Blizzcon 2021 and better defined their plans to build an MMO experience.

Last night, at the Blizzcon panel dedicated to the Diablo saga, designer Wyatt Cheng explained the importance of cities as a social component in MMOs. Watching other players walking around with their gear and taking a break from battles with a few drinks in the canteen is important to create the feeling of a “real” world, of a community that runs its course even when we are not playing. It was an idea that already emerged during the development of Diablo III and, although it was scrapped to focus on other things, the coming Diablo Immortal will have that organic meeting point in the city of Westmarch.

The controversy of the jump to mobiles

First announced at BlizzCon 2018, Diablo Immortal had a very negative reception from fans, especially those who were hoping to see Diablo IV at that event. The more than 750,000 “dislikes” that appear today under its trailer show the uphill that Blizzard must climb with the project, although the creatives responsible (the game is co-developed with NetEase Games) have not thrown in the towel and are still looking its space between games such as the already official fourth installment or the recently announced remastering of the second.

It is precisely this social component that may be the key, as well as the accessibility provided by the portable and free-to-play nature of Immortal. Planned for Android and iOS – no specific date yet -, the game will be an interquel located between Diablo II and Diablo III, and will try to maintain the essence of the saga despite the necessary changes to adapt to both the greater mechanical simplicity that the mobile games and the aforementioned predominance of the social component.

Below these lines you can see the video in which the developers share experiences, intentions and footage of the alpha version (including a look at Westmarch), although, looking again at the votes, the reception of the fans still does not seem to have turned from the everything.