You are here: Home / Reports / Dinosaur Planet gameplay, the Zelda from Rare that never made it to Nintendo 64 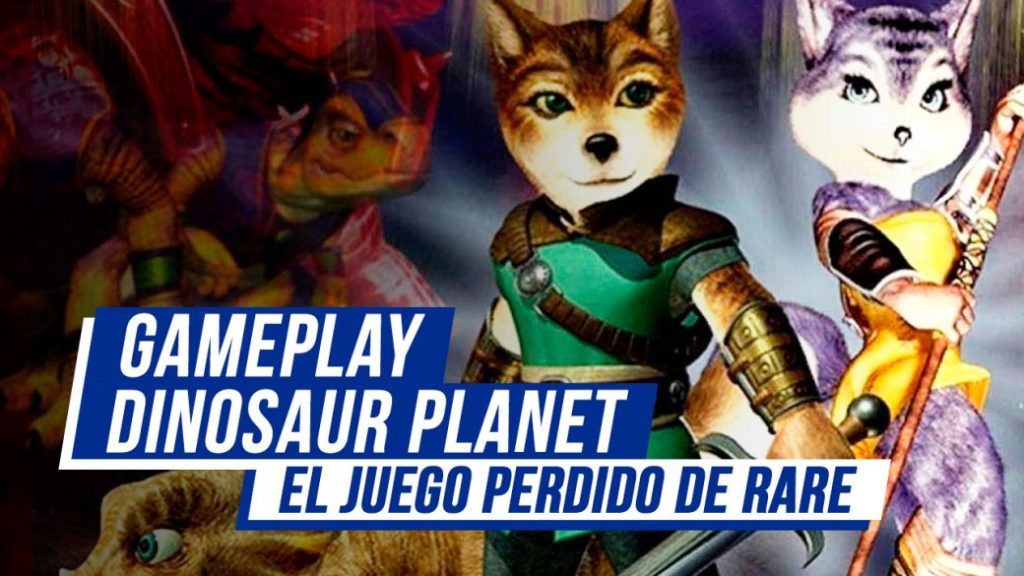 We played the preliminary version of what was to be Rare’s last big project for the Nintendo 64. It became Starfox Adventures for the Gamecube.

Rare and Nintendo. Nintendo and Rare. A more than successful relationship that had its golden age in the nineties, with a large number of top-level games on platforms such as Super Nintendo or, above all, Nintendo 64. Unforgettable are the works of the English company with Banjo Kazooie, Diddy Kong Racing, Donkey Kong 64, Jet Force Geminis, Blast Corps or Conker, among others. But as a great culmination, thought for the end of that decade and after Ocarina of Time, a game appeared: Dinosaur Planet. We have played it after it has been leaked and we have captured gameplay that you will find at the top of this article.

It was one of those proposals to give an end to Nintendo’s third desktop console, and like others, he ended up moving his project to Gamecube. The same thing happened with Eternal Darkness, to cite another example. Along the way, yes, Dinosaur Planet maintained certain immovable foundations that we saw in Starfox Adventure, the definitive game that came out of that project, but it also changed several things. Krystal was one of the protagonists and she stopped being one on the cube console. Saber was the fox that we were going to control and he became Fox.

A third-person adventure that had a lot of Zelda, first because of its structure, the combat system with the Z-Targetting that came with Ocarina of Time or the development of automatic platforms, puzzles and contextual use of different C buttons. present, with his own personality, in Dinosaur Planet, an ambitious 64 mega cartridge, with video scenes and a huge world to explore. Of what that game was, we show you its first bars and we value how it looked and moved. A lost gameplay, like the one we made from Goldeneye for XBLA, which you can see in the heading of the article.