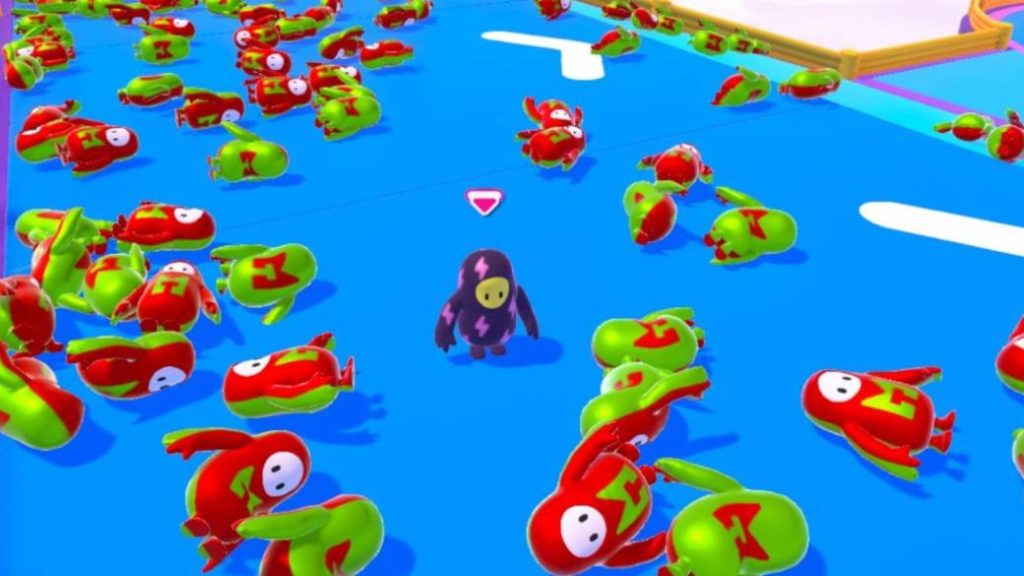 Hundreds of dolls with Mediatonic skin appear at the beginning of a Fall Guys test and its developers explain the reason for this easter egg.

Despite the fact that Among Us! has temporarily snatched the crown from Fall Guys, the Mediatonic title continues to be a hit. The game’s social networks are constantly active to present new updates and keep the community interested. Specifically, it has been through Twitter where we have been able to know a curious secret Easter egg that a player has found and from Mediatonic they have explained in detail.

This is one of Fall Guys secret Easter eggs

“I have to confess something. We put a secret function where hundreds of ‘jelly beans from @Mediatonic appear at the beginning of the level. There is a very low probability of this happening and most of you will not see it. We just wanted to give each other a cheeky shout. “

They do not explain if it is a secret that has been present in the game since its launch or that they have added it later, but there is no doubt that it is an interesting curiosity. Few players will be able to witness it at the beginning of their games, but those who do should not be scared thinking that it is a bug or error, but that it is a nod to the members of the development studio, Mediatonic.

I gotta confess something

Most of you won’t get to see it

We just wanted to give ourselves a cheeky shout out

On the other hand, we remember that Season 2 of the game will arrive around October 6 to the PC and PS4 versions of the game. With it, the medieval theme will flood the tests and we will have to overcome spike bars, rotating blades and other dangers. In addition, new skins will appear such as the dragon, knight, sorcerer and others so that we are dressed appropriately for the situation and time in which the second season is set. It should be noted that other bug enhancements have also been added in the latest patch, to Big Yeetus and more to make sure we polish the hit title a bit more and keep it up to date.