You are here: Home / News / FIFA 21: all the nominees for February’s best player in the Premier League 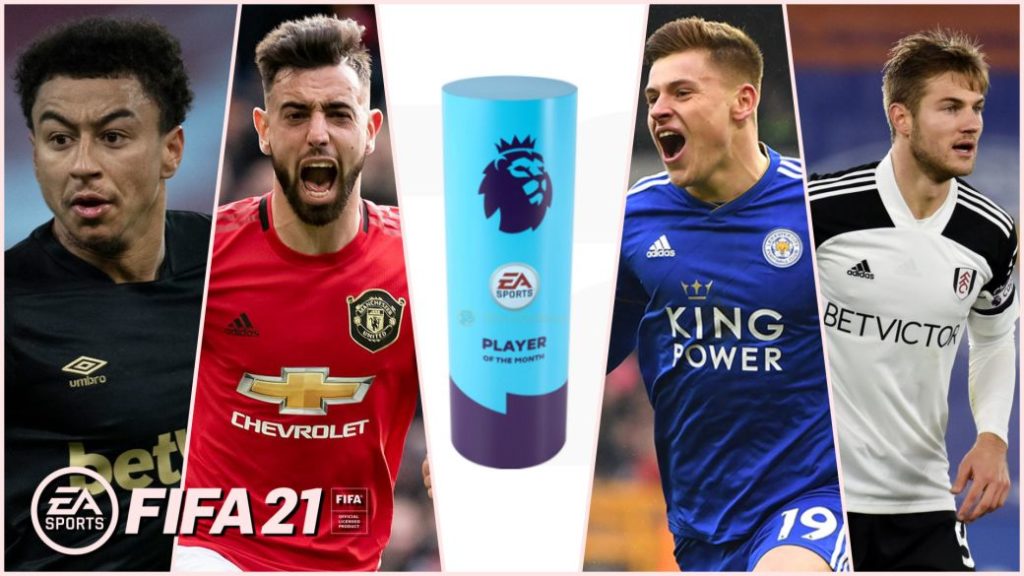 The eight nominees for the best player in the Premier League appear in February 2021. Choose which is the most prominent so that their card will appear in FIFA 21.

FIFA 21 seeks to choose the best player in the Premier League last February. The list consists of eight players in which the repetition of Gundogan, the Manchester City midfielder who managed to rise with the victory in January stands out.

Beyond German, the nominees have a Portuguese flavor: 3 of them are Portuguese and one Brazilian. Rúben Neves, who we were talking about recently through his League Player card, is followed by Joao Cancelo, Bruno Fernandes and Raphinha. On the other hand, Lingard, the eternal promise of Manchester United, stands out again despite the drop in valuation he has had in recent years. It seems that he has found his place in the eleven of West Ham United.

The other two remaining are Fulham FC’s Danish defender Joachim Andersen and Leicester winger Barnes. All FIFA 21 users can vote on the game’s official website. Cast your choice in this link.

Which @premierleague star gets your vote for February’s Player of the Month? 🌟

It’s official: FIFA 21 has no handicap

EA Sports has won the court battle. They withdraw a lawsuit in which the company was accused of influencing the gameplay with dynamic difficulty technologies, which is commonly known as handicap or momentum. After providing technical data and access to the game engineers, no evidence of scripting has been found in any of the Ultimate Team modes in FIFA, Madden and NHL.

The community singled out Electronic Arts for owning the Dynamic Difficulty Adjustments (DDA) patent. Despite this, the team declared not to have used it in any of its games, nor will they do so in the future. “Ensuring fair play is vital to all of us at EA, and we have tried to be as clear as possible in applying this commitment to both ourselves and the players,” EA explained in a statement.