You are here: Home / EA Sports / FIFA 21 shows its new celebrations and how to celebrate them 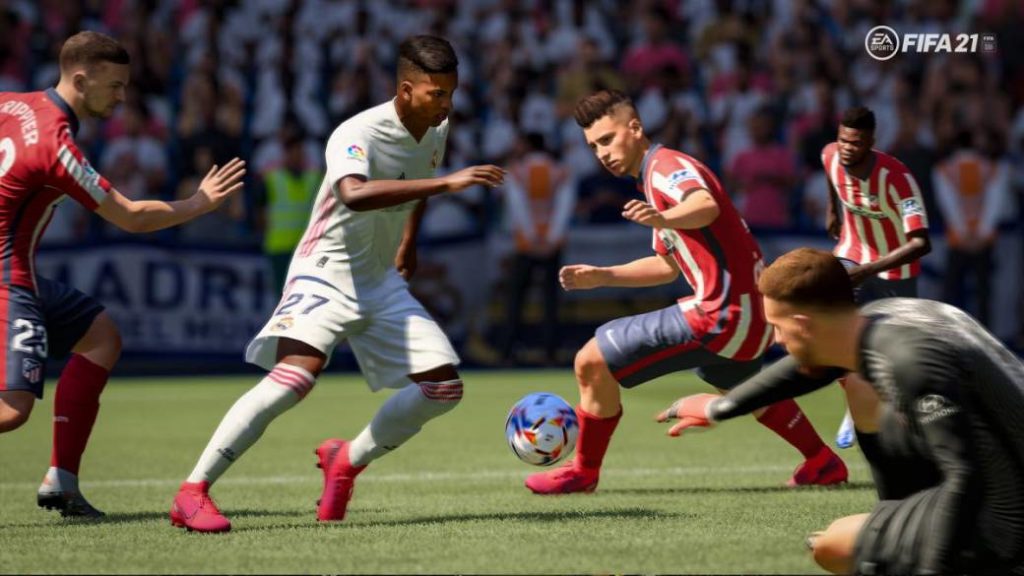 Several of the new celebrations, drawn from the real players, will allow you to blow kisses, relax and much more.

FIFA 21 continues with its information gout in recent weeks. If a few days ago we showed you our impressions with the beta of the game, now it is the turn of something much more relaxed and fun: the celebrations. At EA Sports, as usual, they are dedicated to recreating some of the most surprising ones seen in the real world, and a tweet posted on the official account has shown new ways to toast the goals we get in the game . They are quite a lot, and the best of all is that they teach how to do them.

In the tweet, which you can see just below this paragraph, you can see how Mbappé relaxes on the grass, how Joao Félix kisses the camera, the mythical finger twist or that of the players making the cry, as well as the A of Delle Alli or Haaland’s meditation position. These are just some of those that we can enjoy in the game, although remember that FIFA 21 online will have a system to skip these animations. It is still surprising, in any case, that EA Sports decided to remove the celebration of ordering silence (like Raúl at the Camp Nou decades ago) to avoid toxicity, but instead one of the new celebrations is to make the gesture crying.

From 🧘‍♂‍ to 🤳, see how to take your Celebrations game to the next level in # FIFA21 💪 pic.twitter.com/t8wlkJRD0D

This year there is no demo

It should be noted that precisely this Tuesday, the 22nd, it has been confirmed that this year FIFA 21 will not have a demo as usual. A surprising decision – the game comes out the first week of October – considering that the beta we were able to test was advanced in terms of gameplay. Something that users have not liked, who always wait for that test to see the new changes. If you are an EA Play subscriber, you can, in any case, try ten hours before deciding to buy.

The game comes out in its new FIFA 21 version for PC, PS4 and Xbox One, while on Switch it will again be a Legacy Edition, which means that only templates are updated but the gameplay of two years ago is maintained.