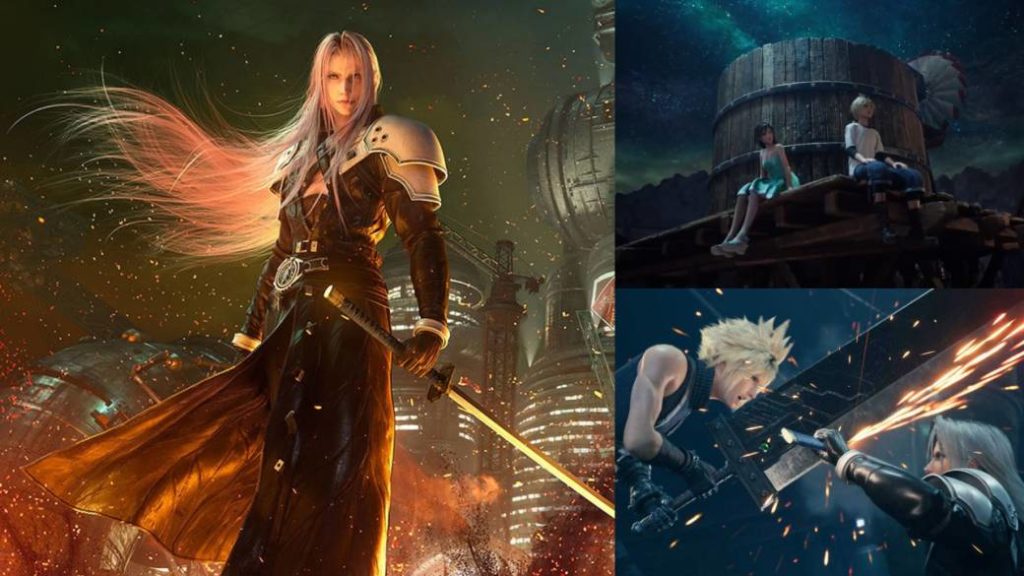 Square Enix confirms in an interview with Famitsu that the team is fully involved with the video game, which does not yet have a release date.

The first installment of Final Fantasy VII Remake is now available on PlayStation 4, but the story will continue to unfold throughout the next installments. Although to this day it is not known how many episodes the project will consist of, what is clear is that the second part is already underway. This is confirmed by Square Enix in an interview published in Famitsu magazine. The information, translated by Aitaikimochi, affects other interesting details about the first part.

Mercado Muro is the right place for pleasure and fun. In a city like Midgar, there is no better place to have a good time than in this irreverent and low-passion city. In one of the stores, Madam M massages her customers, but they couldn’t go any further with the sequence because they would otherwise have rated the game as of legal age. Another preview of the interview is that Roche, a previously unreleased character from this remake, was going to fight in Chapter 14, but they finally decided to eliminate that fragment.

Interesting bits from a 15 page interview on FF7R that’s released in tomorrow’s Famitsu:

-The next installment is already in full development
-They couldn’t go further with the Madam M massage scene otherwise ratings would go up
-Roche was supposed to have a battle in Ch. 14 pic.twitter.com/UbQ8xQpYq4

No date for the second part

Beyond the promise that it wouldn’t take so long to develop the second installment, Square Enix hasn’t gone into detail about a possible launch window. According to some previous statements, the intention of the developers was to start the development of the sequel after commercializing the first part. Just then, COVID-19 attacked with all its virulence. All in all, the creative process has been slightly affected: “At this time, the team continues to play the next game remotely, our performance will be temporarily lowered below 100% efficiency for this reason, but we do not believe that it ends up meaning a great long-term impact, ”they commented in an interview with The Guardian.

Final Fantasy VII Remake was released on April 10 on PlayStation 4. The game is a temporary exclusive to the Sony platform.