You are here: Home / Android / Fortnite: 1 Million Dollar Super Cup; time and how to watch online 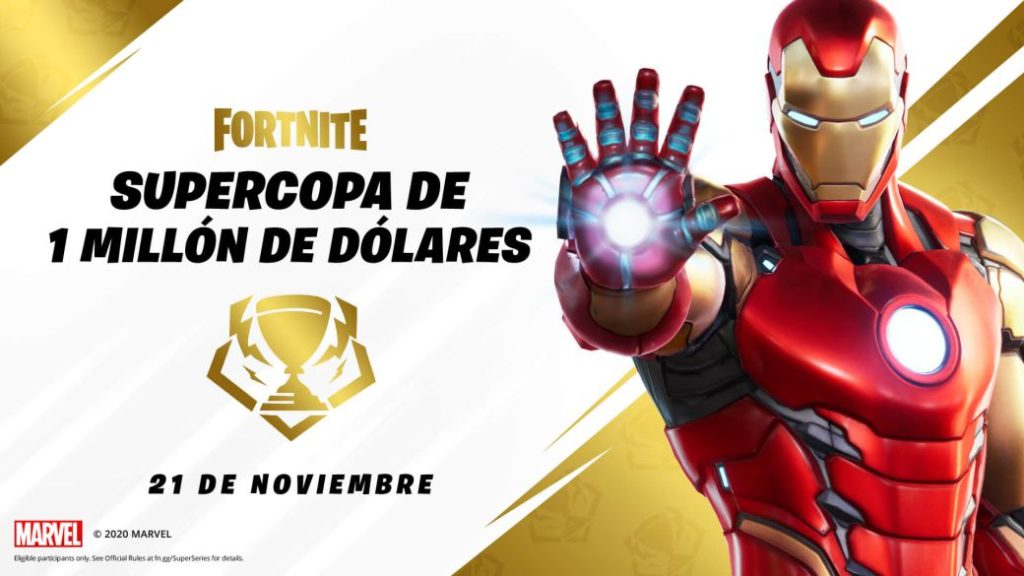 We explain to you what time, how and where to watch the Fortnite Super Cup of 1 million dollars online, ending the Marvel Knockout Super Series.

The grand finale of the Marvel Knockout Super Series, the Fortnite 1 Million Dollar Super Cup takes place on November 21, 2020. Here’s everything you need to know about this event in Season 4 of the Fortnite Battle Pass Chapter 2, including how to participate and how to watch online:

Fortnite: date and time of the 1 Million Dollar Super Cup

As we can see in the “Competition” tab within the Fortnite Battle Royale menu, there will be two different schedules for the two rounds into which the 1 Million Dollar Super Cup is divided. You can check the date and time in your region on this same site: 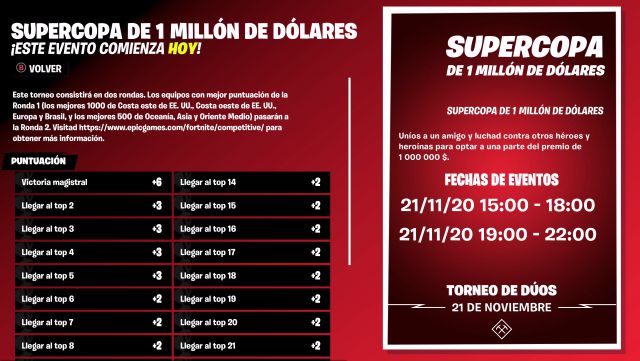 According to the information given by the game itself, this tournament is divided into two rounds. The highest scoring teams from Round 1 (the top 1,000 from the US East Coast, Europe, and Brazil, and the top 500 from Oceania, Asia and the Middle East) will advance to Round 2.

The $ 1 Million Super Cup will be streamed on the official Fortnite channels on YouTube and Twitch during the second round from the Europe and US East Coast regions. Participants who do not qualify for the second round will be able to watch. how the action unfolds, as do the viewers in their homes, as the remaining heroes continue to fight for a share of the $ 1,000,000 prize pool. Next, you will find the schedule of the broadcasts: