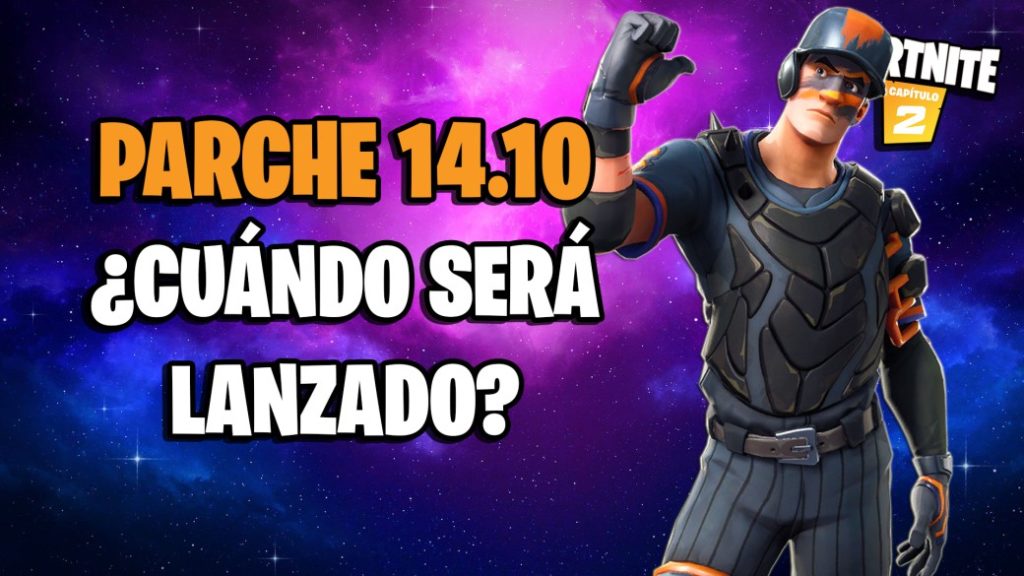 The new Fortnite patch 14.10 should have been released on Wednesday, September 9, but is not yet available. We tell you what happened.

Fortnite Patch 14.10 should have been released on Wednesday, September 9, but at the time of writing, it is not yet available. This new content update, belonging to Season 4 of the Fortnite Chapter 2 Battle Pass, would be the first of this new season of Fortnite Battle Royale. We tell you everything we know about it just below:

Fortnite: when will patch 14.10 be released? What happens with him?

Fortnite usually has updates every two weeks. After the start of Season 4 of the Fortnite Chapter 2 Battle Pass on August 27 (with patch 14.00), patch 14.10, which would be the first of this new season, should have been available on the morning of Wednesday, 9 September, but it has not been like that.

This is an unprecedented move by Epic Games, who have not released any official information regarding this delay. Typically, Fortnite patches are released on Tuesdays or Wednesdays of the week in question.

However, using data mining tools and techniques, we have dug through the game files to try to figure out when patch 14.10 will be released. At the time of publication of this news, among the game files we see that the challenges of Week 2 of Season 4 of Fortnite Chapter 2 are published, but not those of Week 3:

Good Morning! Patch 14.10 should have been released today. At the latest, it should be released on Thursday, September 10. Currently in the archives you only see until the challenges of Week 2, and on Thursday begins Week 3. # Fortnite # FortniteSeason4 pic.twitter.com/zZabwPyIGG

Taking into account that the weekly challenges are activated in-game every Thursday at 3:00 p.m. CEST, we believe that patch 14.10, which would contain – among other things – the information corresponding to these challenges should be published before Thursday, September 10 at that time. In other words: Patch 14.10 should be released on Wednesday September 9th or Thursday the 10th at the latest before 3:00 p.m. CEST. In any case, we will update this news with the corresponding information as soon as we know more.