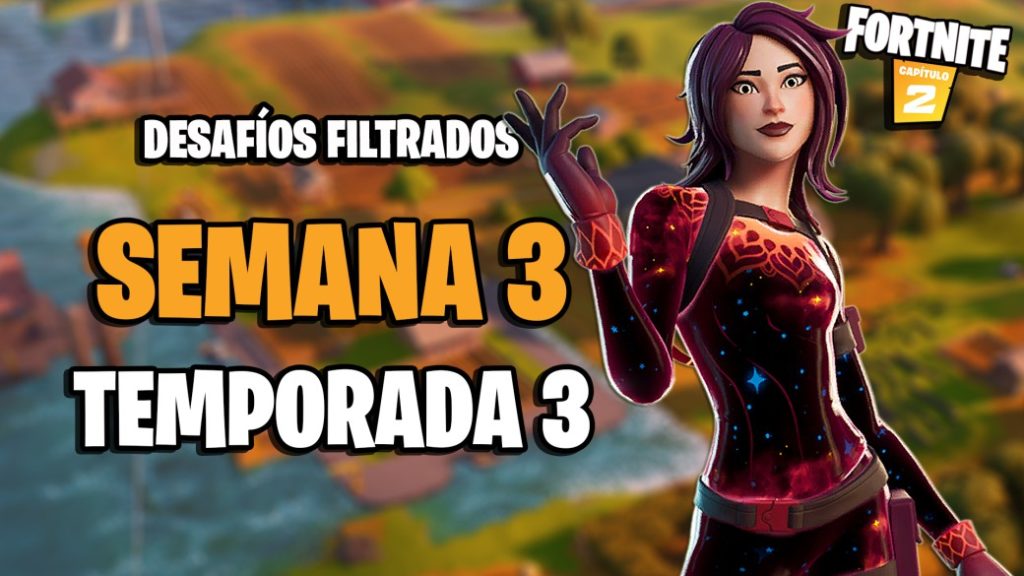 We tell you what are the leaked challenges of Week 3 of Season 3 of the Fortnite Battle Pass Chapter 2. Challenges and rewards.

The Fortnite Chapter 2 Battle Pass Season 3, Week 3 challenges will activate on Thursday, July 2 at 3:00 p.m. CEST. However, we have had access to them using datamining tools. Here we tell you what each Fortnite challenge is in this batch:

As we have seen by diving deep into the files of patch 13.20 of Fortnite Battle Royale, these will be the challenges of Week 3 of Season 3 of the Battle Pass: 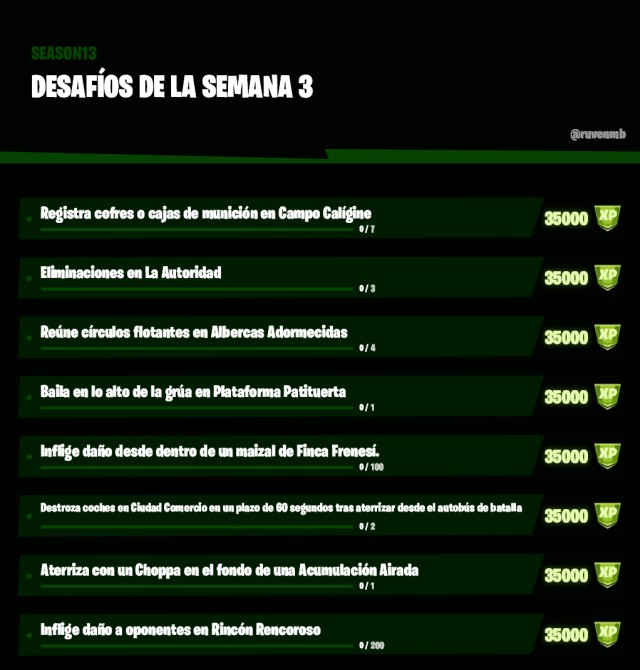 Leaked challenges from Week 3 to Season 3

First of all, it is striking that the challenges of Week 1 and Week 2 of Season 3 were seven in total, but, apparently, from Week 3 we will have eight weekly challenges.

Otherwise, it is a fairly simple and straightforward list. In Meristation you will have a complete guide to this list of challenges when they are active in the game, on Thursday, July 2, 2020 at 3:00 p.m. CEST.