You are here: Home / Android / Fortnite: signs point to the arrival of Neymar 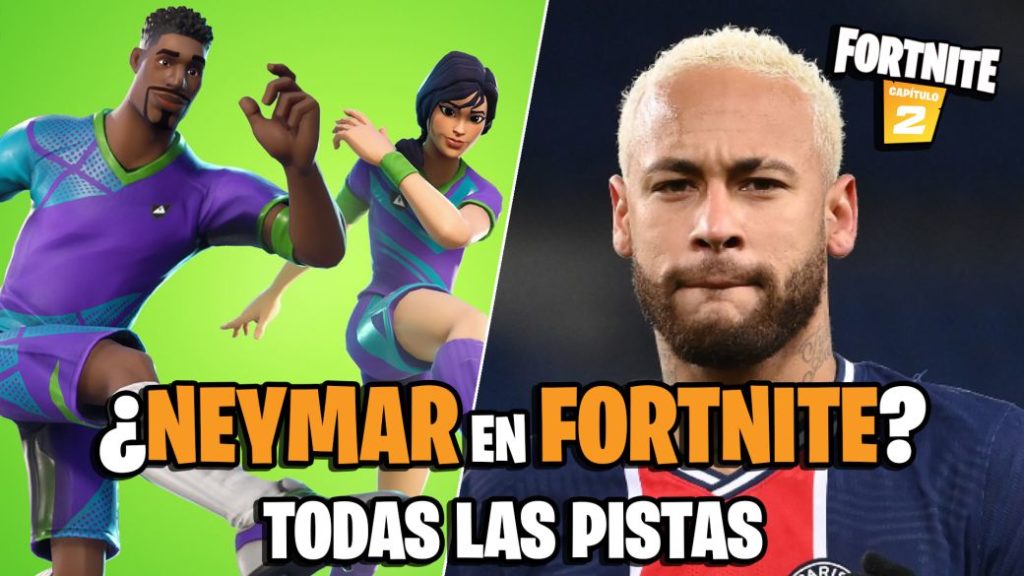 Several indications point to the arrival of the Brazilian player Neymar to Fortnite, the Epic Games video game. We tell you everything we know about it.

Several indications found in the first teaser of Season 6 of Chapter 2 of Fortnite suggest that Neymar, the Brazilian PSG player, could reach the Epic Games video game. Fortnite, which is currently in Season 5 of the Battle Pass, will have an event on Tuesday, March 16, 2021. Just below we tell you everything we know about the possible arrival of Neymar Jr to Fortnite:

Neymar in Fortnite: indications that the player will arrive in the game

On 03/12/2021, the official Fortnite account in Brazil published this specific image of a sorbet truck (a refreshing drink in the game) on a soccer field:

This alone would not say anything, were it not for the fact that this official account of the game in this country temporarily changed its avatar to that of one of the flames from Fortnite with one of Neymar’s most iconic haircuts:

➡️On 03/13/2021, number 10 appeared several times in the first teaser of T6, the number of Neymar Jr at PSG. In addition, it also appears what appears to be the ball used in the 2014 World Cup, whose headquarters was Brazil. # Fortnite # FortniteSeason6 pic.twitter.com/pMFR4AEgtQ

The thing does not end there; In the first teaser of Season 6, published on 03/13/2021, the number 10 (the number of Neymar Jr. in his current team, Paris Saint-Germain) and also what appears to be the used ball appear repeatedly. in the 2014 World Cup, whose venue was, precisely, Brazil.

At the time of publication of this news, there is no official confirmation of any of this, although they seem to us reasonable and solid enough indications to think that Neymar will arrive in Fortnite, who knows if as a skin, or in some other way. In fact, he wouldn’t technically be the first real-life soccer player to make it to the Epic Games title; A few months ago the “Pele Celebration” gesture was launched, through which players who have acquired it can use this dance within the video game.

On the other hand, it does not seem very unreasonable for the player to arrive at Fortnite; he regularly broadcasts on the Twitch platform, where he has 1,400,000 followers; it is more than evident that Neymar likes video games. In addition to this, the game has received collaborations of all kinds such as Marvel superheroes, or characters from movies such as Terminator or Alien. In any case, as soon as more is known, we will expand this information as rigorously as possible.