You are here: Home / Economía / Godhood, the complexity of creating a video game about religions 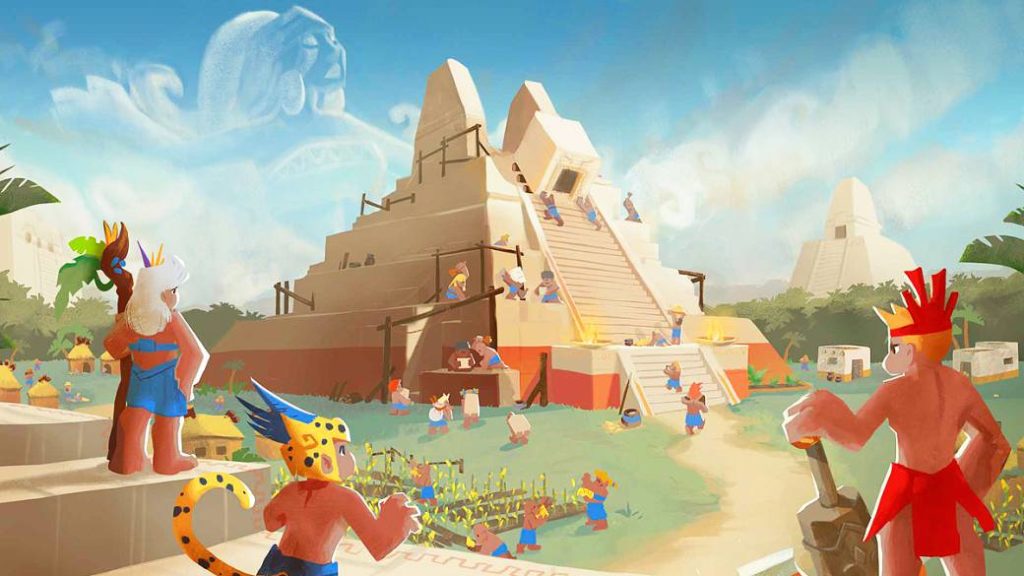 On the verge of disappearance, Abbey Games has reinvented its current project until launching it in a final version through Steam for PC.

Abbey Games, a small Dutch studio with less than ten years of life, decided after the launch of its first title, Reus, to make a video game that talked about religions. Culture is an intrinsic element in electronic entertainment, but we do not always see a clear political position, especially if it is about beliefs or values ​​that are not governed by scientific facts. The team, after Renowned Explorers in 2015, began working on what is now Godhood, a reinvented proposal that is based, broadly, on creating our own religion.

Financial difficulties and the road to Godhood

Despite the fact that Godhood was successfully funded in 2019 through a funding campaign on Kickstarter (1,555 backers to contribute an amount over 54,000 euros), the studio was on the brink of closure due to various economic vicissitudes and a launch disastrous original that washed away jobs. Keeping the study afloat with only 3 employees of the original 15 would imply reducing its expectations, with more honest ambitions and long-term objectives, in short, more moderate.

That same ambition is what led them to try to go ahead and convert, based on community feedback with the early Access version, a much better title than it was initially. Its full launch is now a reality on Steam. FreeGameTips has had the opportunity to speak with Abbey Games about it.

“The internal crisis forced us to realign and restructure. That made us much more efficient and the game took an obvious leap “

“When we launched Godhood in Early Access, it had a little identity crisis,” says Manuel Kerssemakers of Abbey Games. “The development was quite a challenge; We encountered several obstacles along the way, including the need to reduce our study. With a small team and a lot of faith, we managed to turn Godhood into what we wanted: a specialized but totally original religion management game. 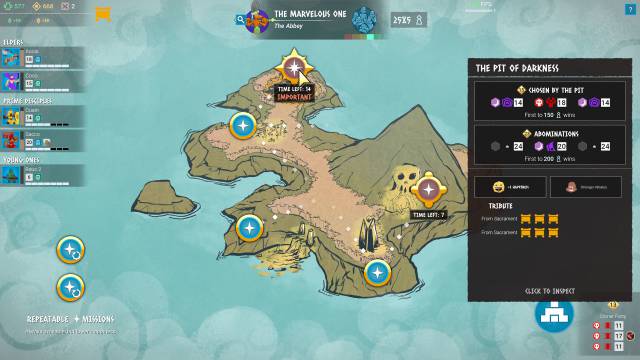 As they explain, “the game got off to a really tough start in Early Access. With the latest version, we deal with all the ideas we promised. The game is much bigger and more complex. There are many new ideas, both in design and in themes ”.

The restructuring of the study was slow, but sufficient to move forward. “In the best of cases, we have been working on the game about 15 people. However, in October 2019, we were forced to go back to being only 3. Interestingly, since then everything has gone smoothly and we have made a lot of progress. The internal crisis forced us to realign and restructure. That made us much more efficient and the game took an obvious leap. The last 8 months of development were really fast, while the previous 3 years were very slow. ” As they say, bite the bullet. 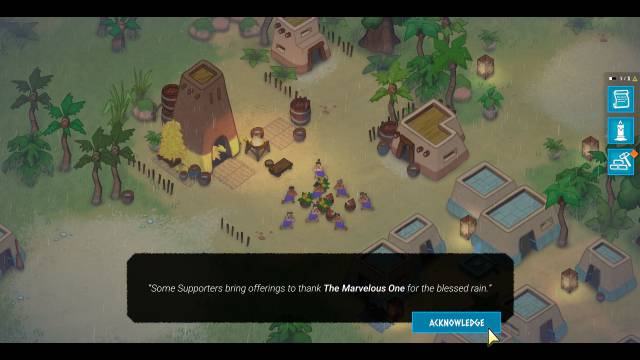 Religion, a taboo subject in many video games

Talking about religion in video games seems to be, in many cases, a way to avoid. Especially to avoid problems with groups that are discordant with the proposed way of thinking. “In general, I think religion is treated a bit badly in games,” says Kerssemakers. “I think it’s because the player base is more typically atheist or agnostic, and there are few serious attempts to contribute something different. It was one of the motivations for Godhood: to make a game that treats religion as a major force in humanity and culture, “and adds:” We have ideas about how religion shapes culture, and culture shapes culture. our ambitions as human beings ”.

Godhood not only allows you to create religions, but also introduces mythological variants to the player’s preference to give background to what he wants to tell us. In total, we talked about the possibility to choose between more than 50 dogmas and 25 different traditions. “We have chosen to focus on the principles and traditions that you, as a player, can choose; that influence the game in different ways. It was quite a challenge! ”. As they exemplify, we will see from peaceful protests to indulgences to be part of a system. The campaign offers between 3 and 9 hours of gameplay, with the construction of temples and cities to the recruitment of disciples to advance our trial and combat adversity. 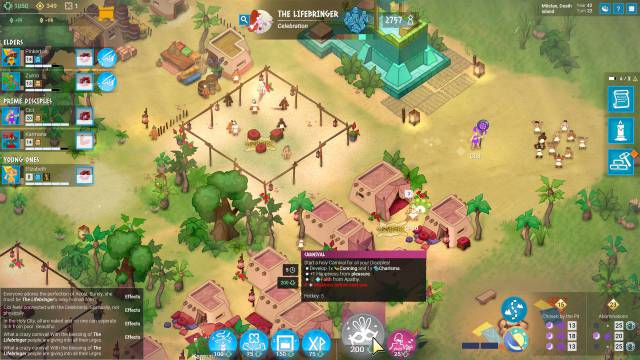 Being such a small study, COVID-19 has not posed a significant problem for development progress. “Our team is quite small, and fortunately our Internet connections at the office and at home are strong enough to keep working. But we have missed the physical contact. Also, every little symptom [de enfermedad] we take it very seriously. That also adds some tension to development. In any case, overall I don’t think we’ve lost more than 5% efficiency, so no problem for us!

What is the role of god in Godhood?

To speak of religion is to speak of the belief of a superior being (or beings) capable of answering the questions that human beings ask themselves. Godhood’s theory of knowledge is defined by the studio, but again, they give players the freedom to configure everything to their liking. “You play the role of a god who writes his laws on people’s hearts. You can’t launch lightning bolts or meteors, but you can inspire what is right and wrong in people’s hearts. You control your disciples directly to do rituals in order to improve or to send them on missions. 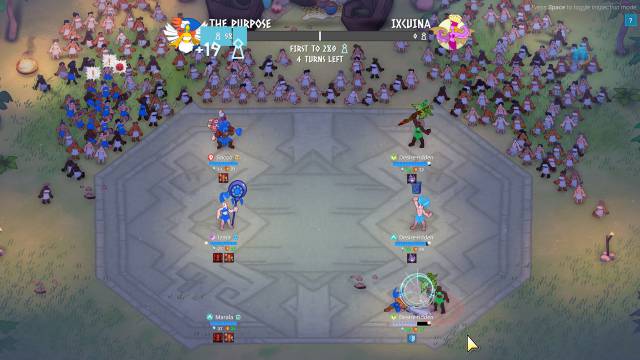 When asked how this personalization system works, they add that “the most important part of personalization is the principles and traditions. You can choose things like “God of Thieves” or “Holy Matrimony” that severely influence what his people will do. You will be able to see consequences both in the actions of your population and in the statistics and abilities of your disciples ”.

Abbey Games is aware that Godhood is a strange game, but they believe that it can reach its audience; especially those who love management games. “Godhood is a bit of a complex game, so learning is part of the process and it becomes fun. We hope that the objectives are clear and the information on the tools will help both the taller players and the novices. ”

Unfortunately, the arrival of the game to consoles is very remote due to the type of engine used. They don’t have enough resources to do the migration work necessary to enable Godhood to see the light of day on other systems. If the title is successful, they hope to be able to adapt in the future to a terrain that goes beyond the PC.