You are here: Home / Gears of War 5 / Guide to buy the best Xbox One games at Christmas 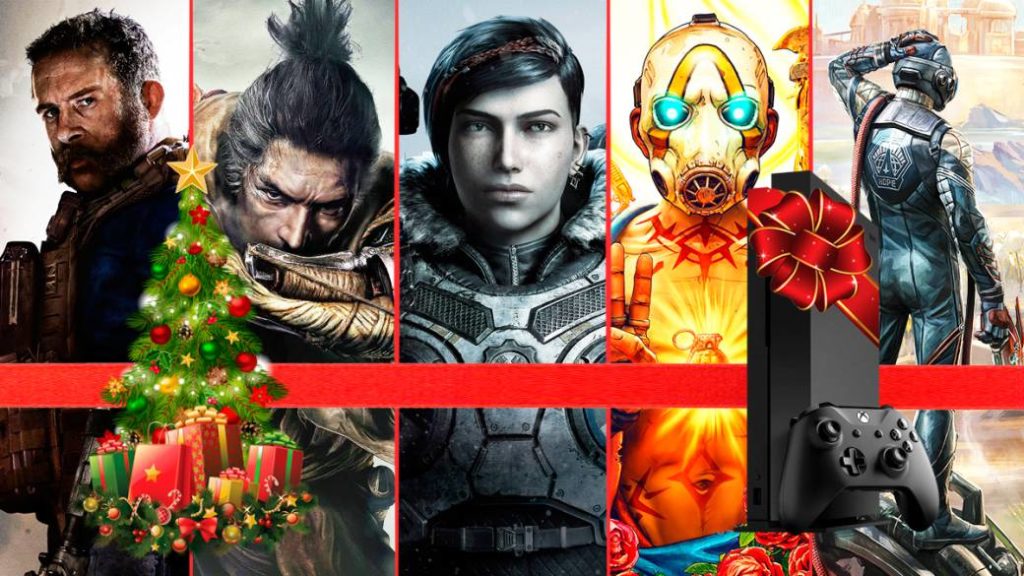 We chose 12 essential video games for Xbox One released this year, which can serve as a Christmas gift.

As every year, the FreeGameTips editorial selects several video games and provides a platform shopping guide with the highlights of each one. In the year before the generation change, with Xbox Series X already announced, great titles for Xbox One have still been marketed. In addition to the great first party production of the year, Gears 5, Microsoft's console has had numerous quality titles. Next, we offer you 12 indispensable video games for Xbox One.

The new stage of Gears with The Coaliltion is going well. The study has put all its potential in its second title of the saga, improving those lackluster aspects of the previous one and marking the way of the next deliveries. Gears 5 continues the story of Kait before the unstoppable threat of 'The Swarm' while discovering secrets of his past. With regard to multiplayer, the most outstanding novelty is the Escape mode, a labyrinthine PvE against the clock on different maps. However, do not forget the classic playlists, such as Horde mode, which now has unlockable advantages. Gears 5 cannot be missing on your Xbox One.

Capcom is going through one of its best creative stages. Everything comes to his mouth, and the great remake of Resident Evil 2 is proof of that. The return to the Raccoon City police station and its surroundings gives off an aura of familiarity and freshness, for this reason the most correct thing would be to say that we are facing a reimagining of the original. Some classic elements have been eliminated, as is the case with fixed cameras, but the great work at the graphic and ambience level means that they are not missed. Leon and Claire are now more realistic than ever, which helps to plunge into their adventure. Walking through the dark corridors will revive old forgotten fears. And if you didn't have the opportunity to play on your Resident Evil 2 day, get comfortable and enjoy one of the Survival Horror flaggers.

The Halo: The Master Chief Collection collection has recently received Halo Reach in 4K, one of the essentials of the saga that now looks better than ever thanks to the injection of resolution and, above all, by the fluidity granted by the 60fps. Console and PC players will be able to enjoy the deed of the Noble Team in their desperate attempts to save Reach from the Covenant offensive. Beyond the campaign, the multiplayer modes of the title offer a series of killer lists and goals where the player can filter according to their preferences.

After the praised work of Miyazaki with the Soulsborne, the Japanese designer launches with Sekiro: Shadows Die Twice, a new IP with Activision that returns the aroma of Tenchu. GOTY 2019 is an epic in feudal Japan through our protagonist, 'The Wolf', a shinobi with lethal skills and tools. The close and offensive combat against a succession of bosses is as exciting as a challenger, only suitable for the bravest. Remember, there is no multiplayer, it's just you and your katana. Without a doubt, one of the essentials of this year.

The new thing about Obsidian Entertainment is a role-playing game that combines RPG mechanics with shooter. The creators of Fallout: New Vegas, Star Wars: Knights of the Republic 2 and Pillars of Eternty, among others, take us to the future of humanity. Life no longer unfolds on Earth, but in countless planets in space. However, corporations control everything. Our protagonist has spent decades in a state of cryogenization, sentenced to die in a ship. Fortunately, he manages to be rescued and wake up from his lethargy, now with the occasional special power.

Focus Entertainment and Asobo Studio presented one of the surprises of the year. A Plague Tale: Innocence tells the story of two brothers who are immersed in an adventure like no other. We are in France, in the 14th century. Amicia and Hugo live peacefully in a well-off home, since their family is noble. However, the boy has a strange disease that keeps him isolated from the world. However, the fate of both will change with the attack of their enemies. They must escape and collaborate to get out of the experience alive. The game has moments of action and stealth, while allowing you to use the skills of each of the characters.

In video games we have seen protagonists of all kinds: human-type characters, dragons, marsupials, aliens … and now, also, geese. Untitled Goose Game is an independent title developed by House House that puts us in the shoes of this curious being of feathers, who walks free through the town and does all kinds of misdeeds. Loaded with a very curious humor, Untitled Goose Game allows us to even become a kind of Solid Snake, which moves stealthily to steal its next victim. Undoubtedly, another of the curious titles of 2019. He was nominated for The Game Awards.

Bloodstained: Ritual of the Night

The name of Koji Igarashi is irremediably linked to that of Castlevania, the mythical saga of Konami. He is its original creator, but like many other creatives, he decided to leave the Japanese company long ago. Bloodstained: Ritual of the Night embodies the spiritual successor of that type of video game. We drive Miriam, an orphan girl who has fallen prey to a curse. As a result, your body is entering a phase of crystallization. Since then, the woman will fight against the forces of evil, explore a dark castle and try to defeat the evil Gebel to reverse her evil.

Buy Bloodstained: Ritual of the Night

2019 is a special year for the popular franchise created by George Lucas; a year in which the premiere of a numbered film in the saga coincides – which closes the original plot arc – and on the other the launch of a title that bears the name Star Wars and that has come out good. Fallen Order is one of the great adventures of this year and once again certifies the seal of quality that Respawn Entertainment knows how to give to its campaigns, offering an outstanding balance between shocks and platforms and putting on the table an excellent level design.

Although it is not impeccable at the technical level, with certain performance problems that have ballasted its initial launch, Cal Kestis stars in a game at the height of the Star Wars name that allows you to play and enjoy yourself by all kinds of audiences without being a fan of the saga . An excellent work to consider for this Christmas because if this is not the best time to handle a lightsaber … when is it?

After a Pre-Sequel that did not leave everyone completely satisfied, Gearbox decided to put all the meat on the grill and bet on the largest installment of the Borderlands saga to date, bringing together many of the things that have made the saga iconic. The ultimate looter shooter dresses up and offers a level of detail and breadth in both enemies and scenarios never seen in the franchise but respecting the original graphic style. With one of the best gunplay that has been seen this year, a long and varied campaign, a selection of weapons and skills for all tastes and a spectacular sound section (with dubbing in Spanish included), Borderlands 3 is the perfect gift for enjoy in the company of the quintessence of the first person cooperative shooter and that without a doubt will provide us with some of the best times we can spend with our console. A safe bet with guaranteed fun.

The combination of first person and stealth shooter was not invented by Metro but 4A Games gave it a new dimension. Exodus, the third installment of the saga, is faithful to its principles, giving exceptional weight to the argument in a physical and emotional journey that will not leave the player impassive. Impressive at a graphic, sound and artistic level, we will accompany Artyom visiting new locations aboard the Aurora, a world perfectly decorated that offers numerous possibilities to face the missions throughout a main campaign that extends more than the previous two games together. Although the open world phases may not be up to the rest, Metro Exodus offers a unique, risky and overwhelming global experience that the most demanding of the genre will appreciate without hesitation. A challenging journey in a game full of personality that should not be missed in one of the great games of the year.

Infinity Ward and Activision bring the shooter par excellence, the name that sounded in the heads of the half-world kids before the arrival of Fortnite. And he does it in one of his most recognized deliveries by veterans with a result with room for improvement but clearly satisfactory. His campaign is still cinematic in the style of the house, with the intensity and fireworks that we are accustomed to but that risks his approach. But this remake also brings us notable changes in the control and response of the weapons that have convinced most players. Its multiplayer mode, in constant evolution and that has captivated millions of users, nevertheless has room for improvement but few products in the market can say that they offer such a complete package for this price. Awarded at the recent Game Awards with the best audio design, Modern Warfare is a safe bet for shooter lovers who want to live a movie in their single player campaign, have a good time killing enemies in company or smash controls against the TV in your multiplayer.