You are here: Home / Halo 3 / Halo 3, a masterpiece that disembarks (and shines) on Steam 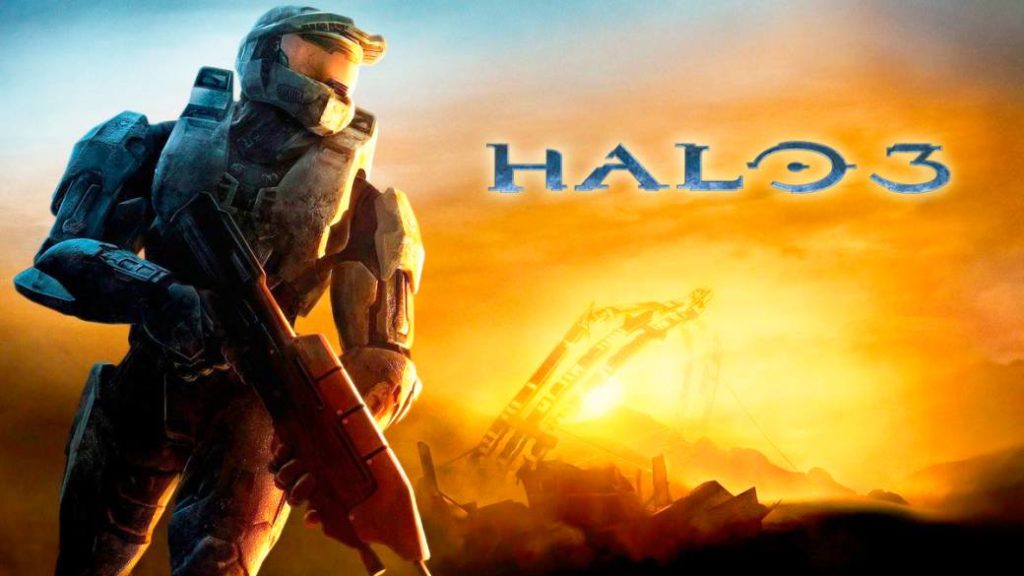 We played the Steam version of one of the best FPS in console history, which comes with improvements after 13 years of its official release.

Halo 3 is part of the history of the video game. The saga, born from the hand of Bungie and great claim of Xbox in its premiere in the world of consoles, became not only the flagship of Microsoft, but also the reference when it comes to transferring FPS to the controls. The Master Chief proved that playing shooters away from the keyboard and mouse was possible, feasible, and tremendously fun. But it showed much more. That the enemies could have an excellent, challenging and tremendously varied AI. That vehicles could and should be an important part of mission development, and that missions could be tackled in many ways. The culmination of the saga came with Halo 3, an unforgettable title in scale, with an AI only surpassed by Reach and with some of the most epic battles that we remember, alone but above all, in cooperative. Today, another masterpiece on consoles – as has already happened recently with Reach and Persona 4 Golden, to name a couple – comes to Steam. Finish the fight.

The premiere of Halo 3 on the Valve platform, which continues to complete the puzzle that Halo Reach, Halo CE Anniversary and Halo 2 Anniversary are already in, is not trivial. It has been one of the flagships of the genre on consoles since it came out in 2007, for the great fan base of the series surely the best of all and it is another step in the way that 343i has started to present and show to the PC world what is the Halo saga. It is not unknown, as some installments have arrived in the past, but the fact of publishing the legacy of the series with its improved versions shows that the company wants the landing of Halo: Infinite to be as expected for the PC world as it is. for the Xbox world. And few better ways to do this are to offer Reach first and now Halo 3. 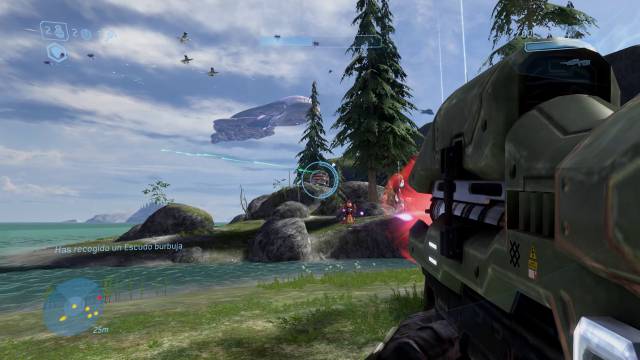 The title comes with the graphic options already known in Reach, with the possibility of expanding the field of view and vehicle to our liking, vertical synchronization, 60 frames per second or directly without frequency limit and graphic quality as originates or improved, as it was done in the Master Chief Collection. Naturally, with configuration of keyboard and mouse controls and all kinds of settings related to sensitivity, acceleration and others, but above all with the essence of the series intact, which is what really matters. Halo 3 was a masterpiece and looks especially good at 60fps and 4K resolution.

Halo 3 brought to an end the original Master Chief trilogy, located after the events of the second part and a storytelling gap told outside the games, with the Inquisitor as our ally in the final great battle. Throughout the missions, the game displays a unique and unusual proposal, especially in current times, as far as campaign is concerned. Open spaces in which to fight against all kinds of enemies, the Brutes being the great rivals to beat, and which boast one of the best AI rivals created in console and that continue to maintain the type 13 years later. Characters who flank you, who know when to throw a grenade or when to dodge yours, who do not stand when they receive a critical hit and who do not hesitate for a moment to take fixed turrets, vehicles or assault yours if they have a chance. 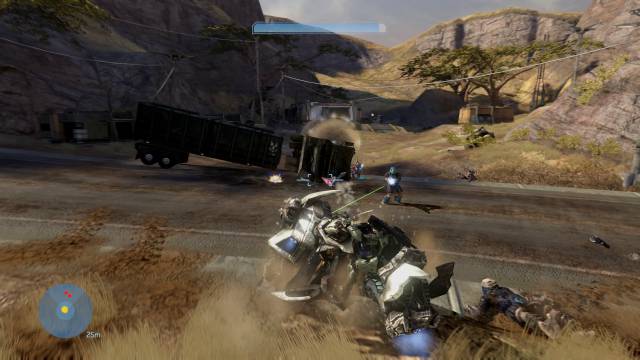 It has always been a real joy to fight in high difficulties – heroic and legendary – against enemies of patterns cared to the millimeter, because combat situations change every time we restart a checkpoint. This is one of the virtues, not the only one, of the game, capable of giving us a style of combat of our own, in which the game of grenades, whether sticky to destroy the most powerful or normal to break enemy shields, is vital . As is also knowing how to use the two available weapons each time. Charge a pulse of energy, break shield and switch to the assault rifle to, from headshot, kill the one who does not rest.

If we add to this the presence of different objects ranging from camouflage to an energy drain shield bubble, which can also be used by Brutes, the strategic component is very present. When to attack, when to shelter. That’s how Halo has always been. And that’s how good Halo 3 continues to work.

Vehicles are another hallmark of the saga, which reached its zenith with this third numbered installment. Few things are enjoyed more in company than driving and collaborating with a Warthog, being able to steal a Ghost or a flying Banshee from the Covenant. Slaughter enemies on the back of the Scorpion and, of course, enjoy like a dwarf on the bikes of the Brutes fully equipped with fire cannons. The variety of vehicles, how they change action based on whether or not we have them, how enemies use them, and how we deal with Covenant heavy vehicles like the Wraith do the rest. Because all this adds to the above: fast and short-range vehicles, other distant ones, turrets, excellent enemy AI and full of variants by weapons. And our ability. 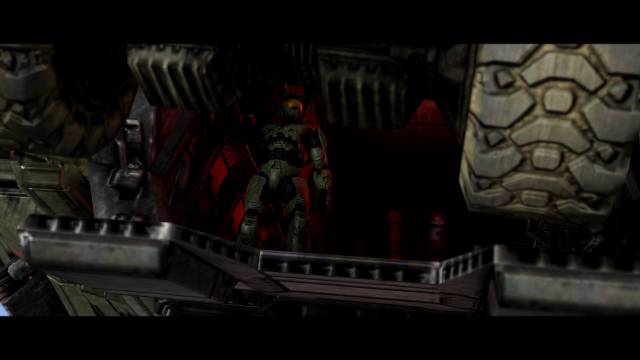 Surely the Halo 3 campaign is somewhat more irregular than the Halo Reach campaign, and that is partly due to the presence of some levels that are stones on the way at a playable level, as happens with the Cortana chapter and the not-so-loved Floods. In return, Halo 3 has spikes in action and situations that are unmatched in any campaign in the series. Covenant, with two engagements with the Scarabs – few things more epic than these cooperative, legendary, 360-degree battles – that are simply memorable. The Storm, The Ark or the final chapter, Halo, are not far behind in their demonstration of what Halo 3 is capable of offering, 13 years later.

Halo 3 comes with all the features of the Master Chief Collection, and this means the ability to activate all kinds of skulls, a new progression and scoring system and new challenges for 2020, such as being able to get an acrophobia skull in exchange for overcoming challenges different. You can also get exclusive nameplates and this first weekend offers triple the experience. The title also comes with improved Forge mode for PC. At the multiplayer level, it is presented with 24 classic maps from the series. In competitive games we were able to choose the brand Assassin Teams, Team Hardcore and Team Double modes, while there is the option to play in a social and personalized way, in addition to the aforementioned new progress and season systems. 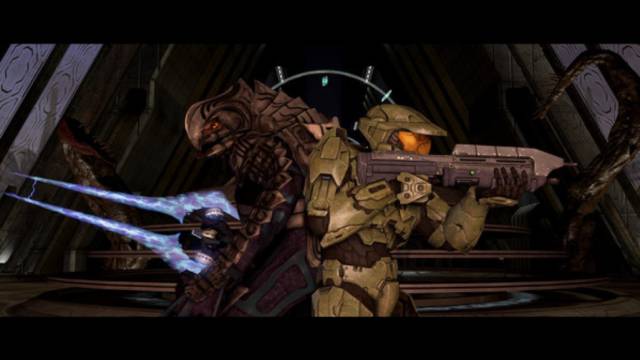 The title asks for a 64-bit processor and OS, Windows 7, I7-975, 2GB of RAM, a GTS 450 and 55 gigs on the hard drive as minimum specifications to run on Steam, where through the Master Chief Collection we already have Reach, Halo Combat Evolved and Halo 2 available in their anniversary versions. The future landing of Halo Infinite is clearly intended to be executed knowingly. And there’s no better way than Halo 3 to present credentials to PC gamers.