You are here: Home / Hearthstone: Heroes of Warcraft / Hearthstone, a Year of the Griffin that promises to be exciting 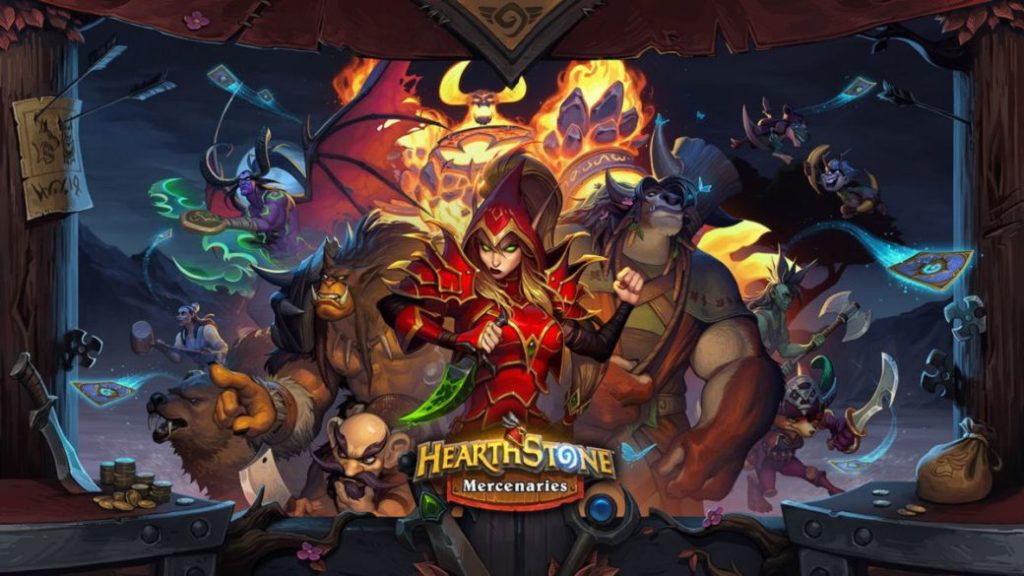 We review the news presented during the past and somewhat atypical BlizzCon. This is all that awaits us throughout the next new stage in the Blizzard card game.

Taking into account that in the Hearthstone tavern we are already rushing the final phase of the Year of the Phoenix and coinciding with the unusual date of the last BlizzConline, the Hearthstone team took the opportunity to do an extensive review of all the expected new content and give the official welcome to this next new stage of which we already know the name: the Year of the Griffin.

The truth is that, seeing the amount of extra content that we have ahead of us, this time we are especially in luck. And it is that in addition to the 3 expansions per year to which we are already accustomed, 2021 will bring with it a new set of cards, a new game format and updates in Duels, Battlegrounds and The Book of Heroes (with the addition of ‘The Book of Mercenaries’). 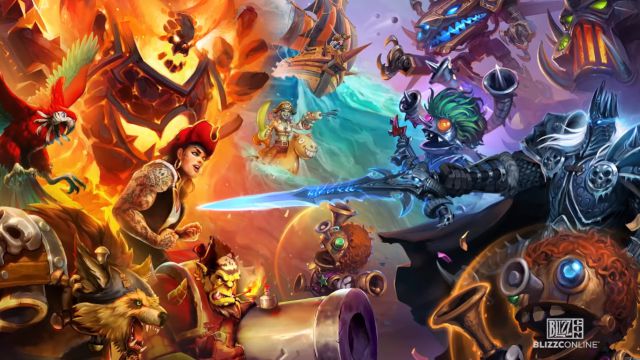 One of the big problems that the game has dragged on for years is the difficulty of catching up with the collection of cards and the creation of viable decks if you are not a regular player. As Game Director Ben Lee pointed out during the Hearthstone panel, the essential set emerges with the main objective that both new players and those who rejoin after a while, have the most solid and satisfying initial experience possible. For this, the Classic and Basic sets will be replaced by a single set of 235 cards known as the ‘essential set’ that will now function as an original set for all players. 29 of those cards will be completely unreleased while others will be old acquaintances from previous sets or even new versions of them.

Access to this set will be completely free and will follow the same pattern as the Basic set: each player will be able to complete it little by little while leveling each of the classes up to level 10. All other neutral cards (not class specific ) will be unlocked later and gradually until the sum of all your class levels combined is 60. 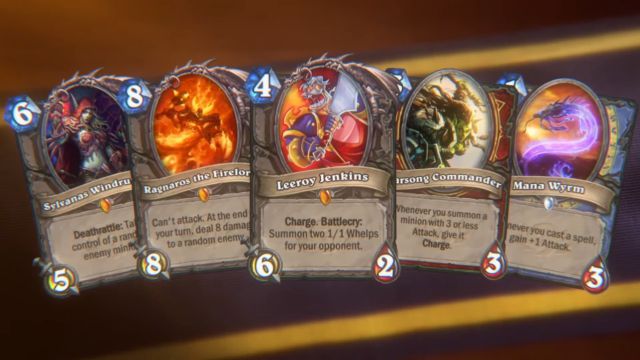 There are several similarities between the essential set and the classic and basic sets but unlike these, and with a clear intention of “stirring” the meta a little from time to time, the essential set will be updated every year and a new one will completely replace. the previous. But do not spread panic. If we have already gone through the entire process once to obtain our first essential set, the new one will appear directly in our collection.

On the other hand, and like many other games that have been on the market for a while and choose to take advantage of the pull that nostalgia always produces, Hearthstone returns to rescue old content. In this case, the way of presenting it is in the form of a new game format that joins the already known standard, wild and casual: Classic. The classic format will allow us to travel back in time and meet again with the 240 original cards of the game in their primitive state, just as they came out in 2014!

The first expansion of the year: Forged in Los Baldíos

At this point it is impossible to deny that Hearthstone already has its own essence that makes it special and unique within the Blizzard list of games. It is also impossible to ignore the way in which it will always be closely linked to the Warcraft universe. In a clear attempt to maintain that link between both games and without abandoning that nostalgia factor that we talked about before, the first new expansion of the year will transport us to the mythical and ancestral land of Los Baldíos. A land that is arid, rocky, and fraught with danger especially for a novice hero, The Barrens are notable for having directly witnessed the founding of the Horde as it is known today throughout Azeroth. 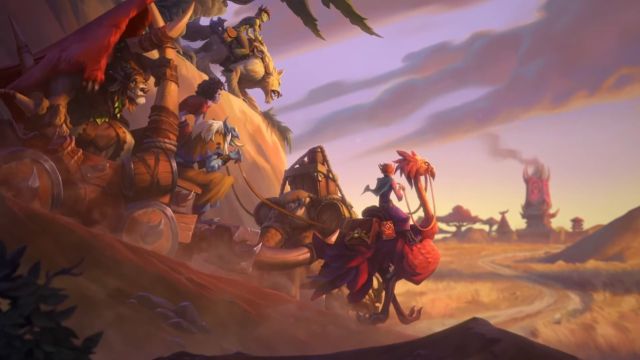 They are also the first testing ground for anyone who decides to dedicate themselves body and soul to serving the Horde. This is where new heroes are forged. The warrior’s path is not easy, and this time we will have new features that will help us on our journey.

As is customary in each expansion, Forged in the Barrens will be no less and will have a total of 135 new cards. In addition, the concepts of ‘magic schools’, ‘ranked spells’ and ‘frenzy’ will appear for the first time. Just as there are already different minions according to their type, the spells will be classified according to the magic school to which they belong. Thus, they will be part of one of the seven different types: arcane, vile, fire, frost, nature, sacred and shadows. Although the type of spell usually defines the class to which it would belong, some of them will have access to multiple types.

A very simple way to maintain the effectiveness of some spells during the beginning, the development and the higher turns of the game, is the new characteristic of ‘spells with rank’, through which our cards will increase their power depending on the advancement of the match.

Finally, and so that our minions also receive a little love in the form of unlimited power, the ability ‘frenzy’ appears. All those minions that survive the damage that is done to them for the first time, will activate frenzy, which will allow them to perform other actions such as instantly attacking enemy minions, becoming more powerful beings with greater life and attack, gaining extra skills such as’ provoke ‘or even add new spells to our hand. 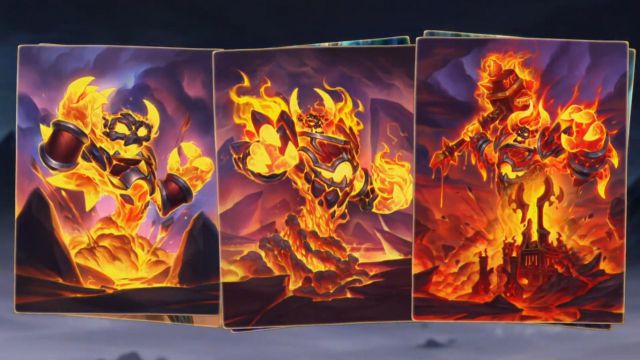 The Hearthstone team also announced ‘Mercenaries’, which they consider to be one of the biggest additions to the game since its inception. Mercenaries is a new game mode that takes different elements from other genres such as tactical RPGs and roguelikes.

The main idea of ​​this new mode is to give us the possibility to play with one or more characters at the same time while we progress through a map. Our missions will be diverse and will not always involve direct combat. Evolving our character, suffering with him and completing these missions will reward us with experience and objects that we will always keep since the progression is permanent. 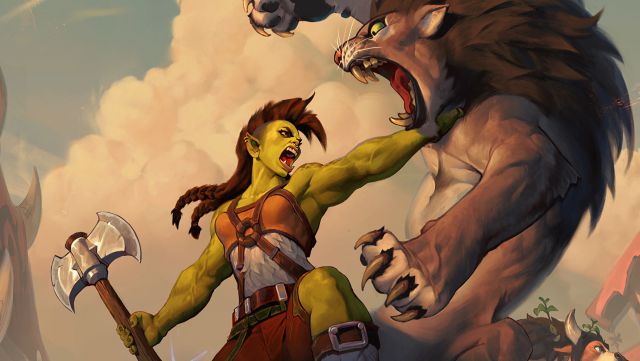 Playing Mercenaries will not require us to create our own deck beforehand as it has a totally separate set from the normal Hearthstone card collection. As its name suggests, our mission will be to play with characters unknown to us until now who are properly mercenaries but we will also have the opportunity to put ourselves in the shoes of great and well-known characters such as Ragnaros, Jaina, Illidan and Tirion and even combine them with each other to form our personalized team.

Despite the fact that, for all these characteristics, we could say that it is a purely single player game mode, it is expected that in the near future a multiplayer mode will be added in which players can carry out high-level combats among themselves. Still without an official and specific date confirmed, Game Director Ben Lee announced its release later this year.