You are here: Home / News / Horizon: PS5’s Forbidden West | So sounds the theme of the trailer; available in streaming 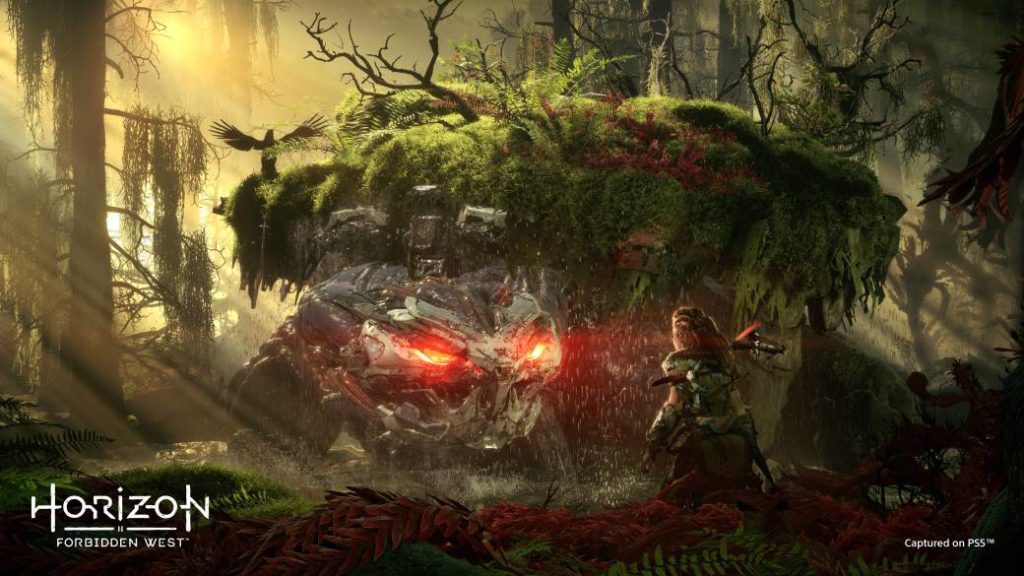 The sequel to the Guerrilla Games video game will not be ready for the console launch, but it will go on sale next year.

Aloy has been made to beg, but has certified his return in a completely new sequel. Horizon: Forbidden West was officially unveiled at the PlayStation 5 video game launch, Sony’s next-generation system. In that same scenario, the Guerrilla Games studio left us a preview of what this expected return will be. He did it through a trailer, whose theme song has just come out and is now available on streaming platforms.

This has been revealed by Guerrilla Games on its official Twitter account. According to the study, the theme is titled Promise of the West. The developer has collaborated Sony Soundtracks to offer the piece to the public. While we wait for Aloy’s great adventure, what better way than to revive one of the new musical pieces. What is not clear is whether we will listen to it in the game or it will remain exclusively as a trailer theme. In any case, music will not be lacking.

The theme song from the #HorizonForbiddenWest announce trailer is called “Promise of the West” and – in collaboration with @ SonySoundtracks – is now available on major streaming platforms!

Until now, Sony Interactive Entertainment had kept all of its exclusives under the umbrella of their consoles. However, the Japanese company has opened to edit Horizon Zero Dawn on PC, on August 7. Although that does not mean that all your projects will go through that platform. The Japanese have stressed that they have chosen this adventure because it fit, but they have quickly denied that the rest of the products will follow their destiny. The case of Death Stranding is different, since it is not published by Sony itself (505 Games, the publisher of Control).

PlayStation 5 will go on sale at the end of the year, although it does not yet have a specific date. Horizon: Forbidden West, on the other hand, will take a little longer, until 2021.