You are here: Home / Nintendo Switch / Impressions of Project Triangle Strategy, the fusion between Octopath Traveler and Final Fantasy Tactics 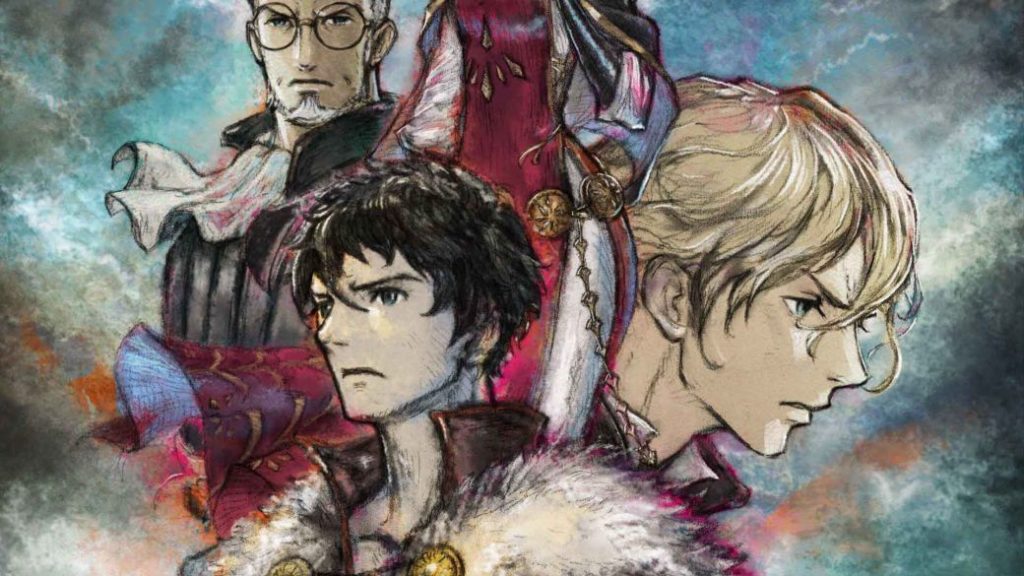 Here are our first impressions of the debut demo of Project Triangle Strategy, Square Enix’s new tactical RPG that will arrive in 2022

Tactical Octopath Traveler. My mother Above tactical. And the comparison is not banal: the very careful pixelated style halfway between 2D and 3D that we have seen in the trailer inevitably evokes that great Square Enix RPG. However, this is not the only influence we see: both the game style and the setting remind us a lot of Final Fantasy Tactics, a classic saga that we had not heard from for too long. The combination of these two giants of the Japanese company must result, without a doubt, in a real bombshell.

And for now, that’s just what we’ve seen in the Project Triangle Strategy demo. It may not last very long, but it has been enough for us to know in some depth some of the most interesting details of this new title that promises us something that Octopath Traveler did not quite fulfill: that our decisions really matter and can change so much the plot flow as well as gameplay. Let’s go through some of the details that we have found.

The great weight of the plot

This is something that fans of RPGs value very much, and that we have been asking for a long line of games with superficial narratives that end up focusing more on the gameplay than on the story they tell us. This is not the case with Project Triangle Strategy: in the same demo we are immersed in a complex story full of characters and secrets where the situation evolves rapidly. It is appreciated that the game presents us with the option, at all times, to press the X button to see a portrait of the character who is speaking along with his official title and the faction to which he belongs; otherwise, it may be difficult for us to follow the thread of the narrative.

And it is that this title is not afraid to introduce us to an endless number of noble houses, lords, vassals and other characters, all of them with a strong charge of prominence. In addition, although the main theme on which the facts are based may seem simple (the Ferrosaline war, which occurred due to the shortage of various resources in the main nations), they will immediately show us a network of intrigues and conspiracies that will undoubtedly they’ll keep us trapped for the rest of the game. But most important of all, we can decide how the story unfolds. 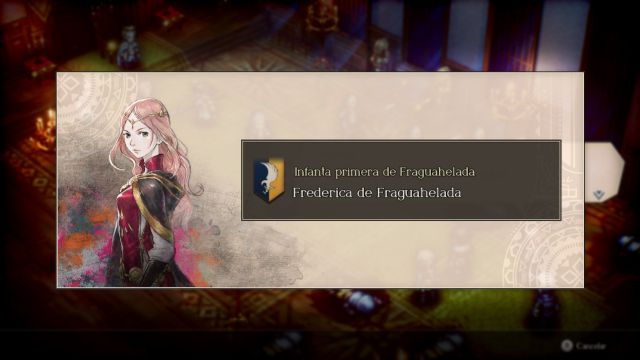 One of the most famous quotes in the field of game studies is that of Sid Meier, when he described video games as “a succession of interesting decisions”. And that’s just what Project Triangle Strategy comes to offer us: the promise that our decisions matter. And it is that the game aims to test our convictions by giving us, in certain situations, three options that will always revolve around the same principles: the common good, morality or freedom. This will affect not only how the story unfolds, but also who will join our military.

Its culmination will come in the moments of voting, in which we will be presented with a difficult election in which both we and our colleagues will be able to vote. In these situations we will not only have to choose which path we want to take, but we will also have to persuade members of our military to make the same decision as us.

Square Enix has learned a valuable lesson from other strategy titles such as Fire Emblem: Echoes or Fire Emblem: Three Houses: Tactical games can become heavy if the character’s movements are reduced solely to advancing through squared squares on the battlefield. . That is why they also offer us the possibility to explore freely between battles, which will allow us to talk with our companions or discover hidden objects. This helps to give a dose of dynamism to the title, very necessary to avoid always getting bored with the same style of play. 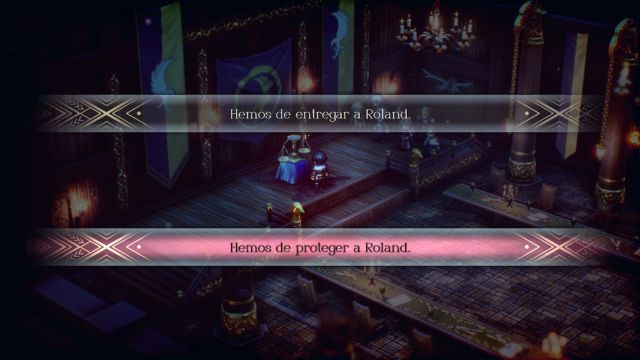 An even more useful function these segments have comes to us the moment we are presented with a vote. And it is that, to persuade our colleagues that our choice is the best, we will have to go out and collect information that supports our arguments. This will force us to talk to other people and gather clues about how our decision may affect the course of the plot, so it will be vital that we remember this data and then provide it to our allies, in the hope that they end up choosing the same than us.

In addition, when selecting missions, we can also visit other locations to see how the plot is developing through other characters. Thus, for example, we can witness the reaction of the lords of the houses Foulker and Teriol to the invasion of the Castle of Alba, which will help us make decisions that lead us to recruit them as allies. Additionally, we have the possibility of visiting the camp, a kind of market where we can improve our equipment or buy the supplies we need. All these options are included to give us a break from the main battles, which could get heavy if they were repeated one after the other, and they are a real breath of fresh air.

But Project Triangle Strategy is a strategy game, and as such, tactical fighting is at the center of it. And both in the presentation trailer and in the game we have been able to see the complexity of these: it is not just about blasting our way through the battlefield, but we will have to use all the elements that it presents us to win the advantage. Thus, we can create ice barriers to prevent the enemy from advancing while attacking him from afar with a shower of arrows and spells to decimate his forces. 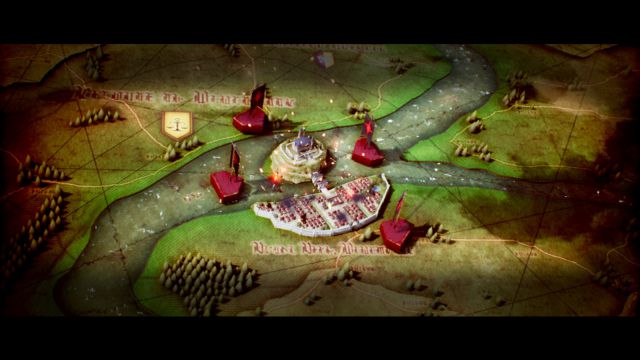 It is also interesting to attack the enemy from several flanks, because if two allies attack him from opposite sides, the number of attacks that the rival will receive will double, drastically increasing our chances of victory. In addition, we must always bear in mind that attacks from the back are always critical, so we have to take advantage of this advantage at the same time as we protect ourselves from being used against us.

As we can see, the battles in this game have to be resolved with a head and analyzing the terrain around us very well. Only in this way will we be able to emerge victorious in the fiercest fights. And in this regard, the demo has shown us no mercy, as it presents us with a mission in which, if we want to overcome it without sacrificing the lives of our villagers, we will have to squeeze our brains to the maximum to obtain victory.

With what we’ve seen so far from Project Triangle Strategy, we have every reason to look forward to it. And it promises to give a return to the classic formula of strategy games, while mixing them with pixelated graphics that worked very well in Octopath Traveler. In addition, both the plot and the gameplay have shown that no segment of the game will be boring, because it knows how to catch us with a fascinating storytelling and addictive gameplay. 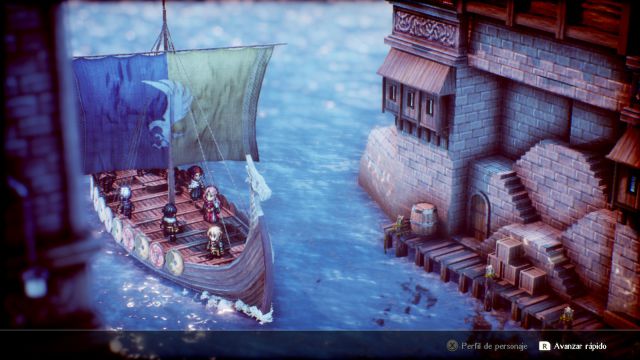 If I had to look for a problem, it would be that sometimes, during battles, it is difficult to distinguish the fighters when several are piled up in the same space, and the camera does not help much to distinguish what is happening. Another problem comes from the hand of the localization, and it is that the Spanish translation has taken too many liberties with respect to the original in English, often offering us different information than what we are hearing the characters say. This can become very annoying especially when making a decision that changes the course of the plot, since we have come to see options that were diametrically opposite in English and Spanish.

However, there is no doubt that this will be one of the great titles of 2022, and that many of us will be looking forward to it for everything it has shown us so far.