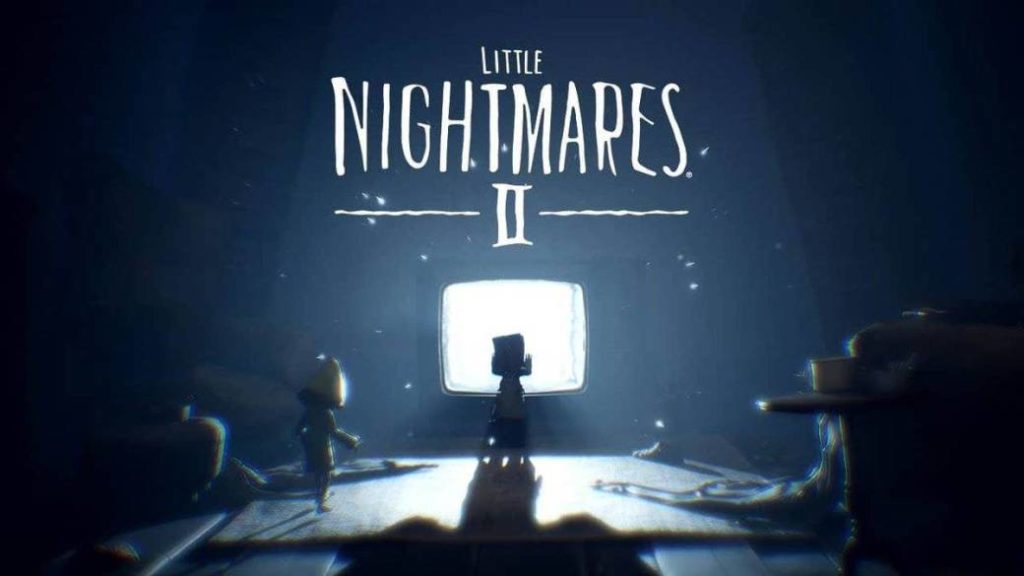 We tested the opening bars of the highly anticipated Little Nightmares 2, platforms and puzzles with a macabre and daunting setting that has conquered us and left us wanting to receive the final game.

In 2017, the Swedish independent studio Tarsier presented us with the phenomenal video game Little Nightmares, formerly known as Hunger and which was originally intended to be exclusive to Sony, to finally end up being multiplatform distributed by Bandai Namco. The title mixed platforms with environmental puzzles, and literally plunged us into a grotesque and terrifying atmosphere that completely conquered us. We have recently had the fortune to test the start of its highly anticipated sequel, and we take the opportunity to share with you our first impressions, which we already anticipate could not be better.

From the Maw to a nightmare forest

This sequel begins just like its predecessor. A mysterious character awakens in a strange, dark and terrifying environment. We have no idea who he is or how he got there. For the occasion we have a new protagonist to control, Mono, a curious little boy whose head is covered by a paper bag with holes for the eyes, dressed in a raincoat. One of the things that most captured us about Little Nightmares was its atmosphere and Tarsier Studios’ impeccable ability to immerse ourselves in it. And in this sequel they do it again, and in style. We woke up in a forest, dark and gloomy, subtly seasoned with Dantesque details here and there. We do not know what is happening or where the Swedish study has transported us, but we quickly understand that something is not right. Strange bodies hanging, organic remains and lethal stocks among other niceties are distributed in such a way that the macabre atmosphere of the game is woven, again with a taste for detail and a know-how that manages to transport us to such an inhospitable environment immediately. 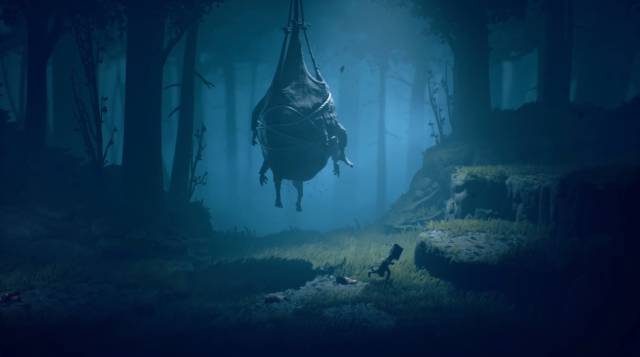 So that the immersion in the title is total, Tarsier goes back to betting on a completely clean screen without the slightest hint of user interface that takes us out of the experience. Nor will we be made to go through a tutorial that breaks the magic. The controls are the same as those of its predecessor, but if in the first bars of the game it detects that we are not moving forward due to not performing the correct action due to not knowing the relevant buttons, it will communicate it to us with a subtle phrase. We are again before a lateral development platform, with a slight depth that allows us to move in 3 dimensions. The controls continue to work effectively, since we are not facing a title that requires high precision in its actions. We swing, grab hold of handholds, climb, and use objects from the environment to deal with lethal traps to whet our minds. Always with a dark and macabre staging, and still not being a horror game itself, transmitting at all times that feeling of bad vibes and that something is wrong. And if the grotesque forest where we take our first steps seemed terrifying, soon things get twisted even more …

The cabin in the woods

In the middle of the forest, we find a mysterious cabin, full of dark secrets, and that evokes that feeling of surrealism that at all times we had playing the first title of the saga. Recreated in a way that suggests hidden horrors, it makes the unease we felt in the open in the forest even more if possible. And soon, in such a macabre purple, we stumble upon the newest element of this sequel that looks so good. Locked in a room, we discover little Six, the protagonist of the first Little Nighmares. After freeing her from her captivity, and without saying a word or having any idea how she ended up there as it could not be otherwise, we escape from the cabin next to her. And here begins the twist to the gameplay of the series. Because from that moment on we will have to collaborate with a Six controlled by the game’s artificial intelligence to solve various puzzles and overcome a multitude of obstacles, which we could not do alone. 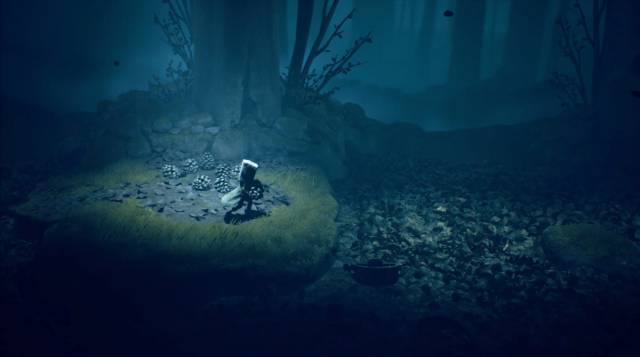 This opens up new possibilities, and in what little we were able to test in this initial section it works wonderfully and is an added value that is appreciated for the variety and mechanics it introduces. Something similar happened in the first title of the series with the “mini pyramid mans” who gave us a hand at certain times, but here it will be an element of much more weight and depth playable. All this to solve some integrated puzzles in a very organic way in the environment, so we must use the furniture and some mechanism to move forward. They are not very complex puzzles at any time, but they are satisfying and their introduction into the adventure is something that is appreciated despite being an obstacle to progress. Another novelty will be the option to equip a series of hats that will provide our protagonist with various abilities. These hats will be equipped from a menu at any time once obtained, and although in the demo tested we only sensed the possibilities of one of them, everything indicates that this will be another capital element in the gameplay of the title. 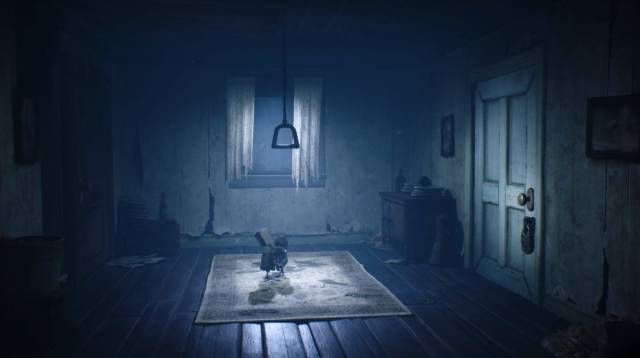 Another of the hallmarks of Little Nightmares were sections where we had to deal with a certain type of enemy, totally lethal at the slightest contact and which at first we could not face, having to use cunning and stealth to avoid them. Each of them had their own mechanics that directly affected the gameplay. And here we face it again, specifically in these early stages we have had to flee from an irascible and grotesque hunter armed with a lethal shotgun, who has pursued us relentlessly and has not hesitated to shoot us down as soon as he had the chance . This enemy has allowed the introduction of very spectacular and dynamic sequences, with a very high pace and where we have had to perform several very different actions throughout the chase. And although this chase is not exactly short, it never feels repetitive or tiresome, it is varied and manages to put our pulsations through the roof at certain times. We have barely scratched around the first hour of the game, and it has flown by us and Tarsier has surprised us again with his mastery to recreate a terrifying and disturbing atmosphere and to offer us a platform with environmental puzzles full of variety and surprises. Surprises that, given the end of the demo that we have been able to enjoy, it seems that they are going to have a new scale and are going to leave us totally unsettled …

Wishing to live this nightmare

Little Nightmares is a game that we love, one of those jewels of independent development guilty of the high status it enjoys today, and that if you have not enjoyed it yet, we recommend that you do it as soon as possible. This continuation is a full-fledged more and better. Few settings have conquered us and have managed to immerse us in their proposal as that terrifying and disconcerting underwater enclave where the first game took place. And with a scarce hour of demo, Tarsier Studios weaves another superb Dantesque setting that has completely caught us. And despite the fact that it begins continuity at the playable level, the introduction of Six as a companion controlled by the AI ​​and the need to cooperate with it opens up new and multiple layers and options. Just because it was called what it was called, it already had our full attention, but after trying these initial bars of Little Nightmares II it has automatically positioned itself as one of our most desired video games for the remainder of the year, and we count the hours to be able to immerse ourselves in the new nightmare created by the Swedish studio, which has once again hit the key to offer us a unique and wildly attractive game. 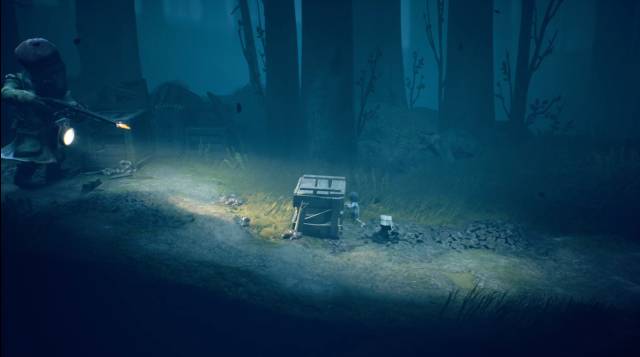